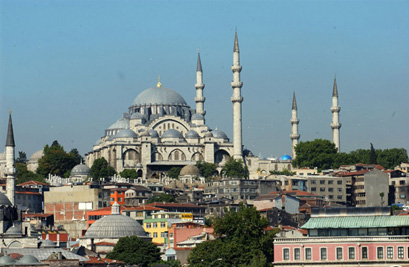 The most important for both Byzantine and for Ottoman Empires architecture found in Istanbul consists of churches. The most great and most magnificent of all churches architectural beauty and an important monuments is the Hagia Sophia. The Hagia Sophia is universally acknowledged as one of the great buildings of the world and a reference point in history of architecture.
Hagia Sophia Constantinople (The Church of the Divine Wisdom )‘The most impressive and important buildings ever made  and is an ancient cathedral of the Church of Constantinople. Hagia Sophia location is in Sultanahmet, Istanbul, Turkey,is like traveling to history.
The Hagia Sophia in its course has been burned down to ashes, crumbled down in earth quakes and got vandalized by rioters but each time it literally rose from its ashes to be the most beautiful human construction ever happened.
Once was a church for 916 years, later a mosque became the symbol of Conquest of Constantinople by Turks (Mohmed the Conqueror ) and served as a mosque for 482 years, and now a Hagia Sophia museum by Ataturk,the founder of Turkish Republican 1935 when he recognized its world-historical significance. Although most of the building is still a museum, a room on the east side was opened in 2007 as a prayer-place .Hagia Sophia has always been the precious of its time. 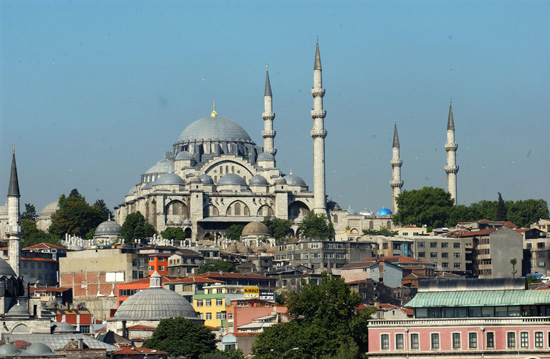 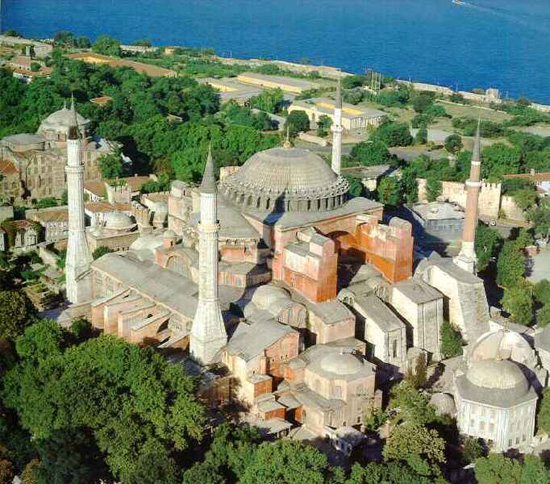 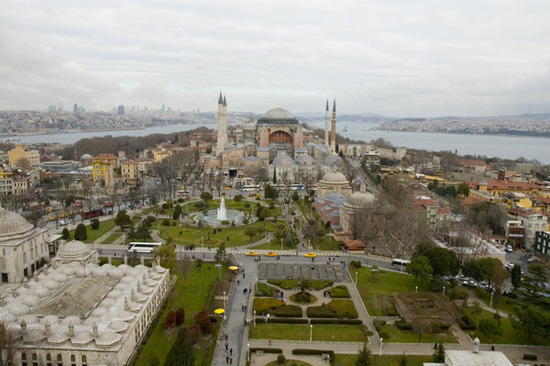 Called Hagia Sophia in Greek, Sancta Sophia in Latin, Ayasofya in Turkish, was designed by the architects Anthemios of Tralles and Izidorus of Miletus on the site of Byzantium’s acropolis, Built in only six years.

This first church of Hagia Sophia at Constantinople was constructed by Emperor Constantine II (son of Constantine) in 360 AD. I t remained as the ‘Great Church’ until 404 AD, two fires destroyed this church when people took part in a tussle between the emperor Arcadius and the Arch Bishop John Chrisostom. 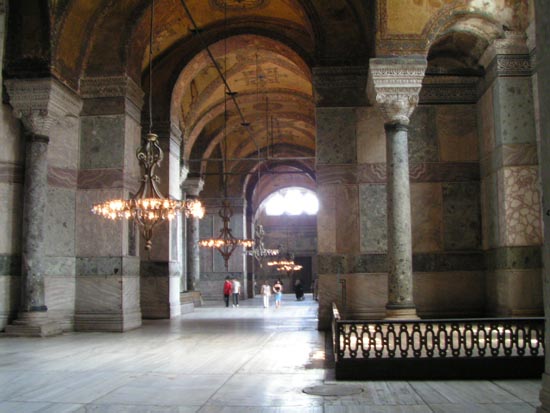 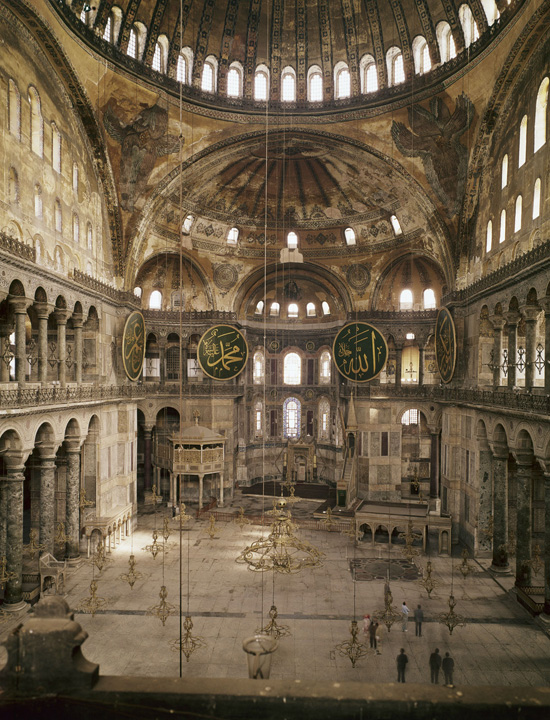 In 415 the church was rebuilt and dedicated by Theodosius II in far larger dimensions. Another tragic end as in the Nika Riot of 532 the church was destroyed again along with half the city of Istanbul was burnt down by angry mobs. The lifespan of the 2nd.church was longer than the first one .

The next role of reconstruction was on the shoulders of Emperor Justinian I between 532 and 537 who ordered a new church to be built . 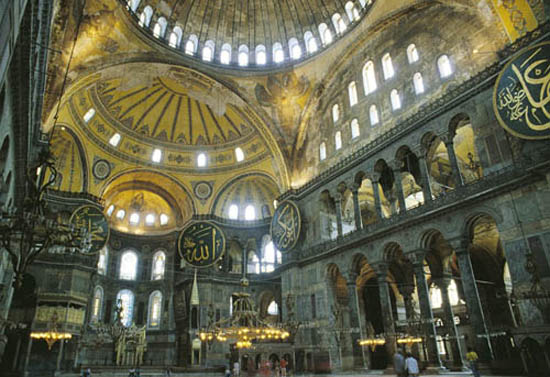 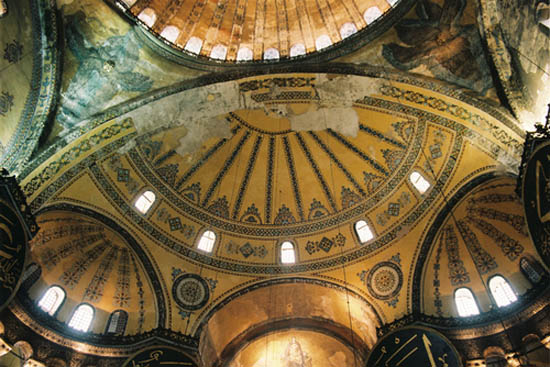 The building was rebuilt in its present form and was located in close proximity to the Great Palace of the Emperors the Hippodrome, and the Church of Hagia Irene ,and was built over the ruins of an earlier structure. The third known church to be built at its site since 360 .He ordered the finest marbles from the quarries of Greece,Egypt,Africa and Asia Minor.

Materials were brought from Ephesus, Athens, Rome, and Delphi and were used in the construction of this magnificent building. it was built to surpass the gigantic Church of St Polyeuchtos erected by Julia Anitzia, scion of the line of Theodosian emperors. 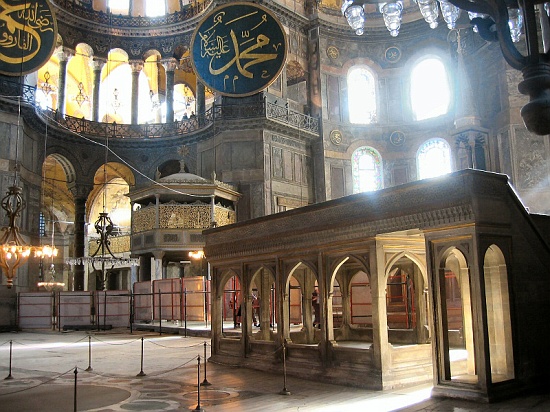 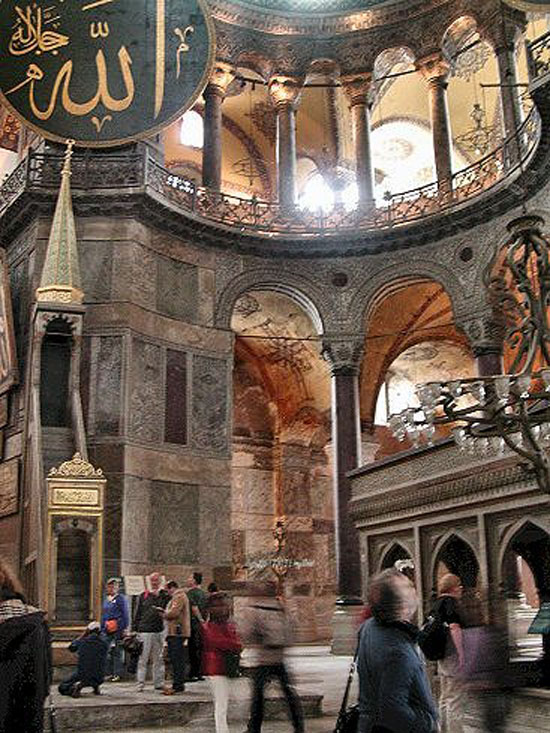 The Hagia Sophia has a diameter of 31-33 meters and a height of 54 meters and is covered with a large dome. The church remained the largest church ever built until St Peter’s Basilica was constructed in Rome a thousand years later.

Ayasofya was the greatest church in Christendom, and was meant to be In its prime time being the largest cathedral in the world. Its influence, both architecturally and liturgically, was widespread and enduring in the Orthodox, Roman Catholic, and Muslim worlds alike. 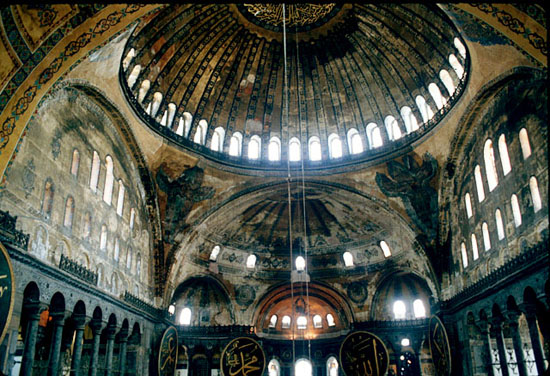 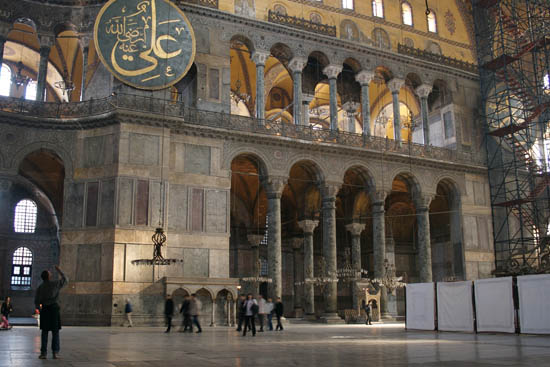 The structure has been severely damaged several times by earthquakes.

On May 7, 558, the dome of the church collapsed due to a December 557 earthquake. The church was considerably damaged and the nephew of the Architect Izidorus supervised the repair of the structure , and though a new dome was quickly rebuilt, historical records tell us that it was not identical to the original.

In 989 AD an other earth quake had its death-dance all through the region and Hagia Sophia was not spared as its beautiful dome crumbled down along with many other damages. 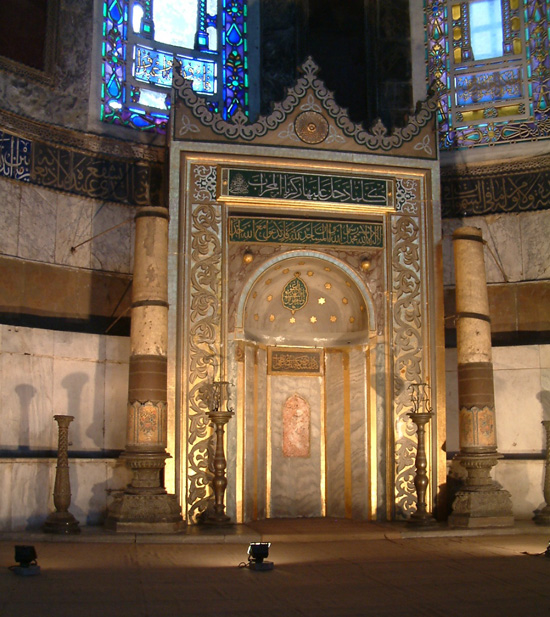 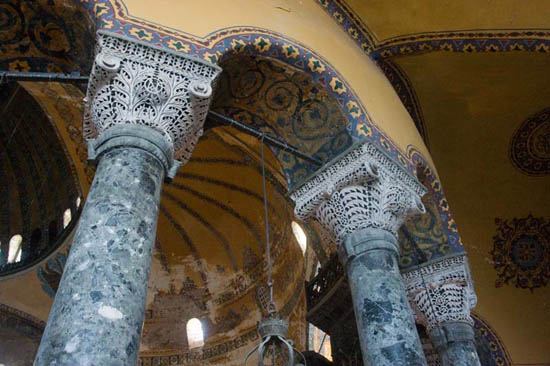 Hagia Sophia was converted in to a mosque when Istanbul come under the rule of Turkey in 1453, the Islamic rulers did not lag behind in protecting and improving Hagia Sophia . the Hagia Sophia remained the Great Mosque of the Ottoman capital until its secularization under the Turkish Republic In 1934.

In 1577 an Extensive restorations to Hagia Sophia interior and strengthening of the structure were conducted by the great Ottoman architect Mimar Sinan the architect who considered to be the first ‘engineer in the world who built building that can combat a quake with architectural changes. 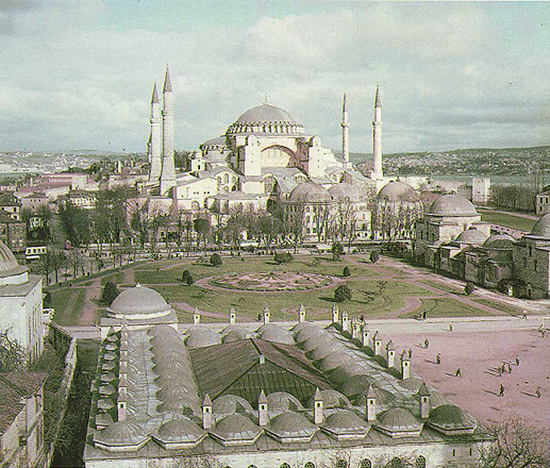 Check availability, maps, photos and reviews before traveling, and book at the guaranteed lowest price 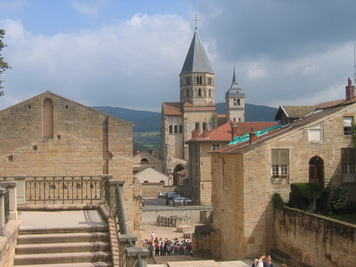 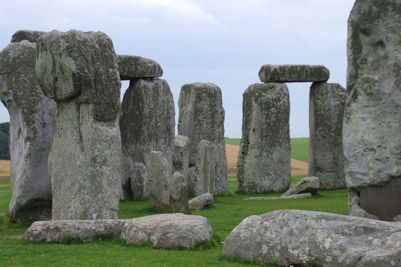 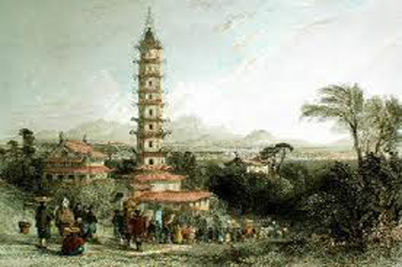