The leaning Tower of Pisa,Italy, is famous because it leans. It is an outstanding example of Romanesque architecture.Pisa‘s Tower is simply the bell tower or campanile for the adjacent cathedral. Situated behind the Cathedral and is the third oldest structure in Pisa’s Cathedral Square after the Cathedral and the Baptistery. All cathedrals over Italy have bell towers, and many of them are also leaning for one reason or another. The people of Pisa don’t just like the leaning tower, they adore it, they also believe that the leaning tower will never fall, The Pisa tower is one of the four buildings that make up the cathedral complex in Pisa, Italy, called Campo dei Miracoli or Piazza dei Miracoli, which means Field of Miracles. It stands at 60 metres high anxious city fathers measured the tower—and found it leaning a fraction of an inch further every year., the top being 17 feet further over than was originally intended. It was estimated that the lean was increasing by one inch every 20 years.
The Pisa tower it was designed to be perfectly vertical, it started to Only 5 years after work on the building began, it was leaning noticeably to the North, the lean was corrected by building the floors parallel to the ground, and not level with the leaning building. Now it was leaning to the South. The Tower of Pisa was built on poor foundations, was interrupted several times by wars,cause of this be it took such a long time to build may be the main reason it hasn’t fallen We now know that without these interruptions that allowed the soil had time to settleand to be to compressed under the tower, making the foundations stronger. 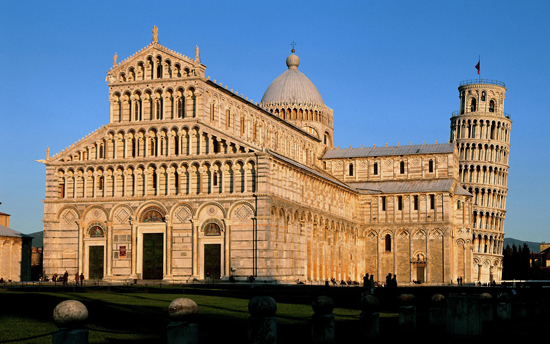 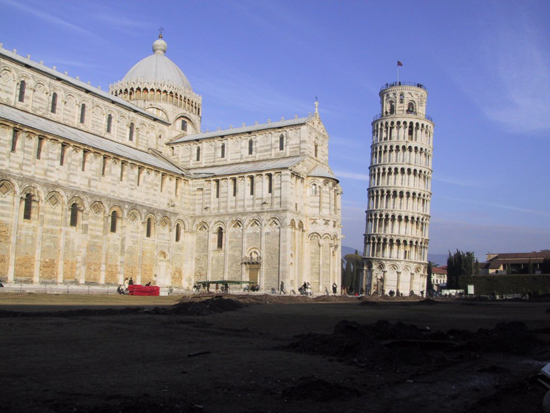 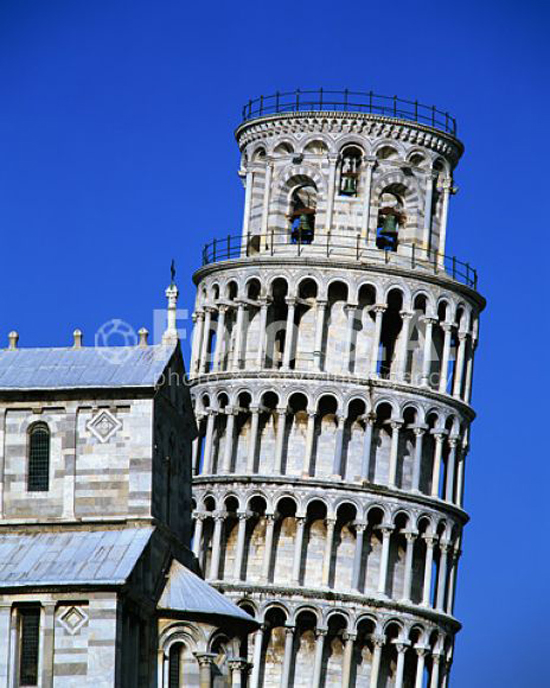 The tower has withstood several mild earthquakes and extensive bombing in World War II. The Tuscan sun pouring daily onto the Piazza del Miracoli makes the limestone and lime mortar which the tower was made from to bend and resist the forces that would make other, more brittle rocks, crack, aggravating the tilt—and still it stands. , this building would still be one of the most remarkable architectural structures from medieval Europe. 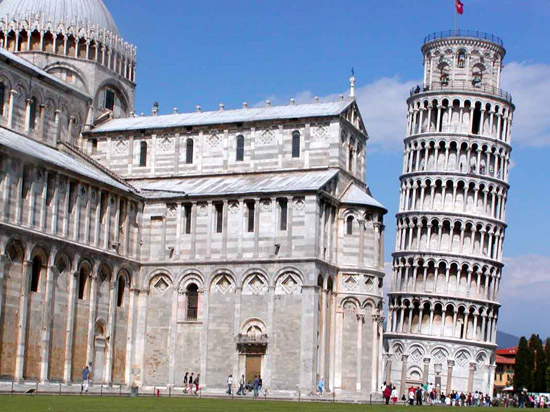 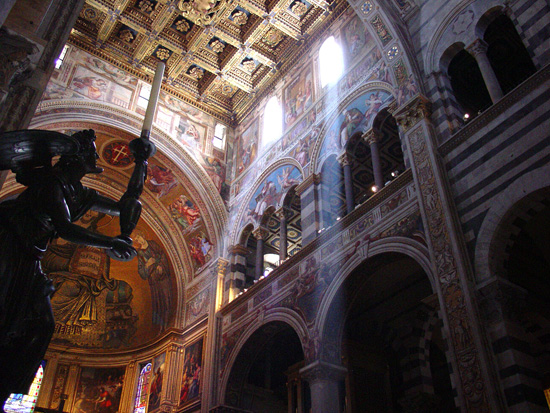 This tower is circular 8 storied tower, of limestone and lime mortar, covered on the outside with marble. The outside of each level has columns and arches. It is 55.86 meters (183.27 feet) in height from the ground on the low side and 56.70 m (186.02 ft) on the high side. and its famous (notorious) slant is 5.5 degrees. That means that its the top is away from its base by 4.5 meters. The width of the wall at the base is 4.09 meters and that at the top is 2.48 meters altogether There is a staircase of 294 steps that lead to the top. the seventh floor has two fewer steps on the north-facing staircase. the steps are built between an inner wall and the outer walls. The first floor is supported by pillars with classical capitals. This entire tower is estimated to weigh 14,500 tons. Its foundation is just 3 meters in height and built in loose and unstable soil (reason for the slant). The eighth floor contains the bells, seven in all. 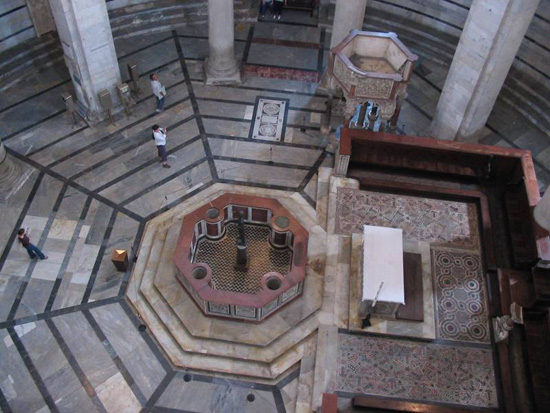 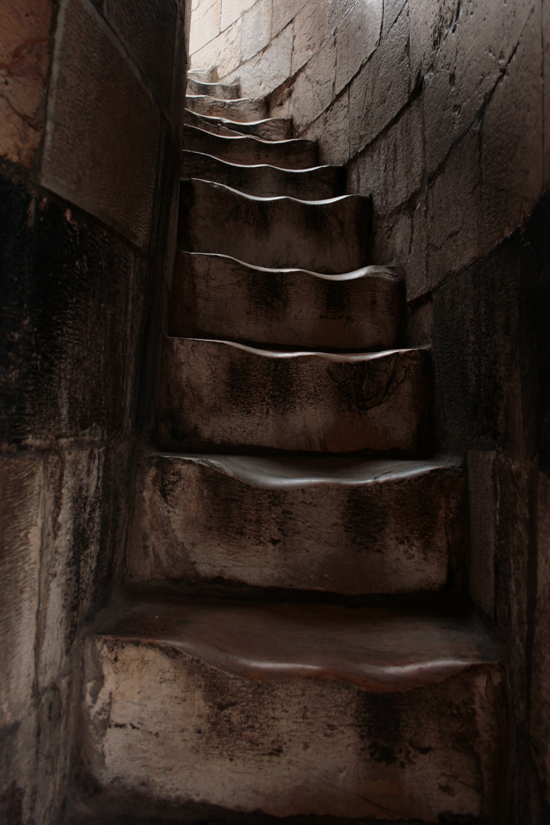 Structure started on August 9, 1173, this eight-story free-standing bell tower, or campanile, was designed as an addition to the cathedral at Pisa.
1178, Third floor completed and the tower began to lean due to a sinking of the ground and wasn’t solid rock, but water-soaked clay right from the time of its construction. The most accredited architects of this first phase of work are Bonanno Pisano and Gherardo din Gherardo. The work got halted for about a century. As The architect, Bonnano Pisano, skipped town. Work was halted for decades while Pisa fought an on-again-off-again war with Florence.
1272 work resumed under Giovanni di Simone. He built the next three floors. He compensated the tilt by making one side longer there by giving the tower a curve.
1284 Work had to be again halted as in a war the Pisans were defeated by Genoans in the battle of Meloria.
1319 – 1350 The final two floors were added .When the tower was finally completed in 1319, Pisa was a much less powerful city-state than it had been (in 1392 it was annexed by Florence).
The bells were finally installed in the top in 1350, but they are no longer rung, for fear the vibrations might rattle the tower Tommaso Pisano (1350-1372) was the architect who finished the work. Bell chamber was completed by Tommaso di Andrea Pisanoin 1372
The bell chamber contains seven bells one each representing a musical note.
1655 The largest bell was installed in the chamber.
1838 – 40, major renovation undertaken.
1934 Benito Mussolini got the base of the tower filled with concrete to straighten it up, in fact this work made the tower to sink further.
1990 Entry to this tower was closed to the public and massive strengthening works undertaken, and restoration in the 1990s arrested the tilt, John Burland, a professor of soil mechanics, came up with the system of removing soil from the north side and placing lead counterweights at the monument’s base; in order to make the building settle back into the ground and thus reduce the tilt. the bells were removed to lessen the weight open again to the public (in small groups) in December 15, 2001, it has nearly stabilized now, restored to the same angle it had reached in 1838. It’s judged that the tower will remain stable for about 300 more years.
In 1987 the tower was declared as part of the Piazza del Duomo UNESCO World Heritage Site along with the neighboring cathedral, baptistery and cemetery. The tower ‘that keeps on tilting without falling’ it also has been selected as one of the Seven Manmade Wonders of the World. 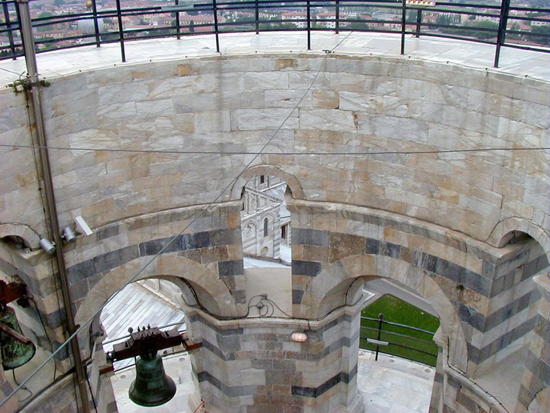 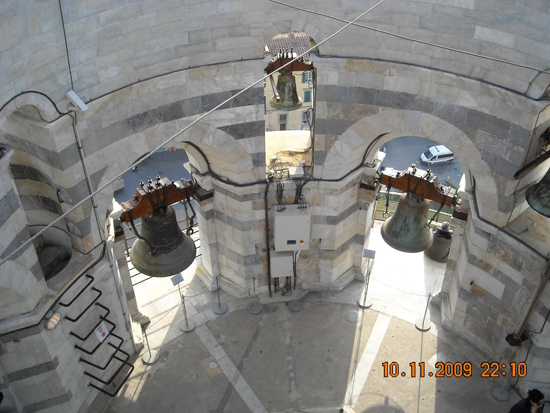 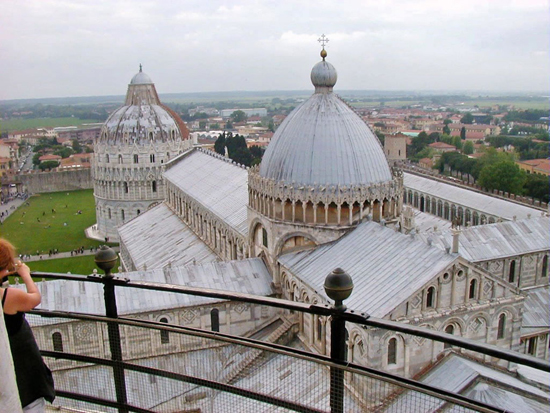 This world heritage was on the verge of destruction during the Second World War. It was a Nazi observation post, Nazis took hiding in it and it was discovered by the Allies, the Allies considered knocking it out with an artillery strike. A U.S. Army sergeant cancelled the strike, deputed to deal with the affairs did not call for the cannon fire. Thus saving the tower .this World Heritage Site hung on a single word from that unknown officer who deserves the status of a world war hero. 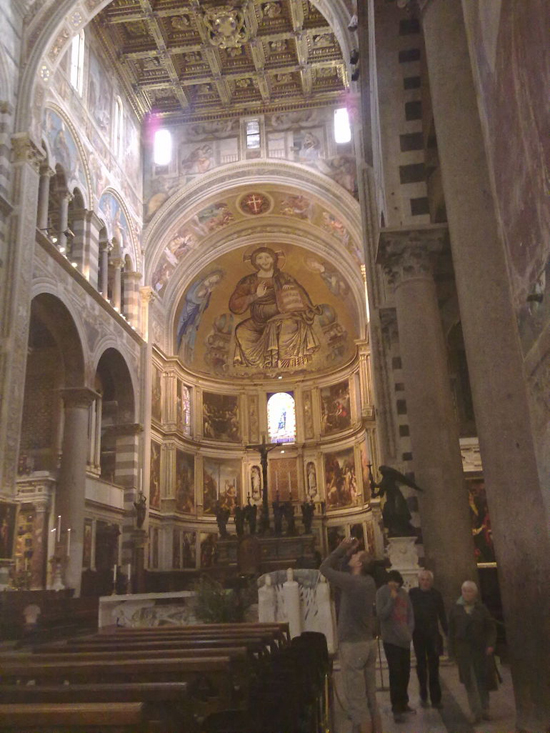 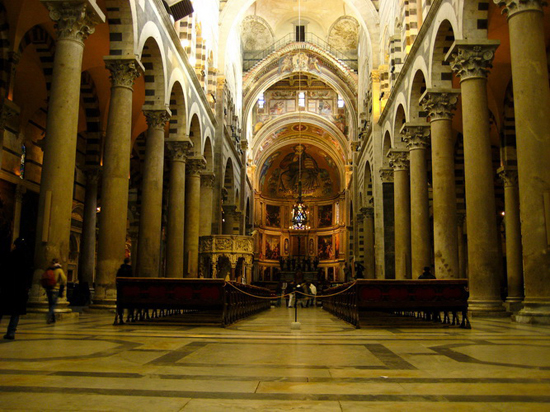 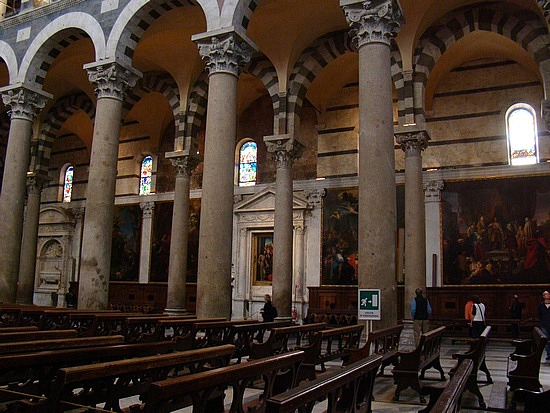 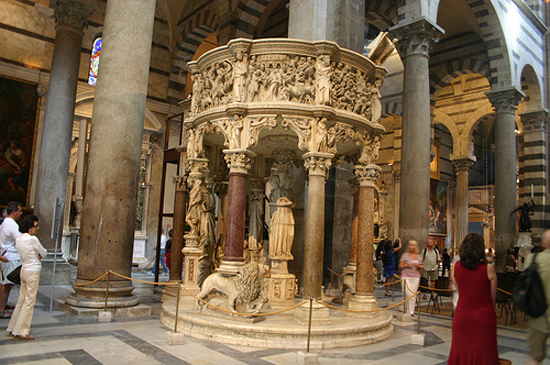