Prometheus was the nickname given to the oldest tree in the world known non-clonal organism, Prometheus tree grew near the tree line on Wheeler Peak in eastern Nevada, USA. The story of Prometheus is interesting: in 1964, a graduate student from the US Forrest Service who wanted to do research cut down Prometheus, the oldest living tree in the world ,as he was taking core samples . When he cut down Prometheus he did not know that the tree he cut down had stood in that exact place for almost 5000 years, the exciting thing is that when his boring tool broke inside the tree, so he asked for permission from the US Forest Service to cut it down and examine the full cross section of the wood. Surprisingly the Forest Service agreed!
When they examined the tree, Prometheus turned out to be about 5,000 years old, (They did not know of its world-record age before the cutting) which would have made it the world’s oldest tree when the scientist unwittingly killed it! 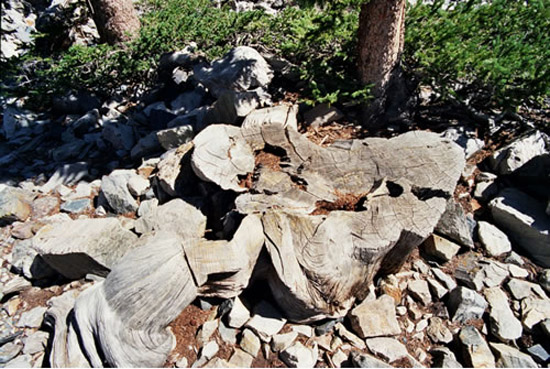 This tree was seeded when the pyramids were being constructed, and matured in the time of Christ. This tree was ancient! The designation WPN-114 was given by the original researcher, of the University of Arizona’s Research Donald, and refers to the 114th tree sampled by him for his research in Nevada’s White Pine County. Prometheus turned out to be about 5,000 years old, which would have made it the world’s oldest tree when the scientist unwittingly killed it! Today, to protect the trees from the inquisitive traveler, the authorities are keeping their location secret (indeed, there are no photos identifying Methuselah for fear of vandalism).

With the death of Prometheus, The tree, Methuselah, inherits the title of the oldest living tree on earth. The named Methuselah was after the Biblical figure that lived to 969 years old. . Methuselah is not marked or identified, it’s exact location is kept a close secret in order to protect it from the public due to the threat of vandalism. 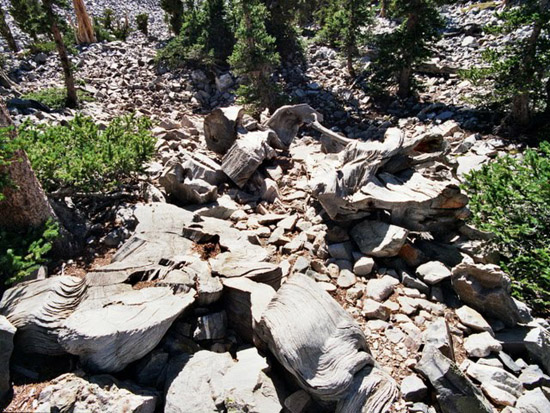