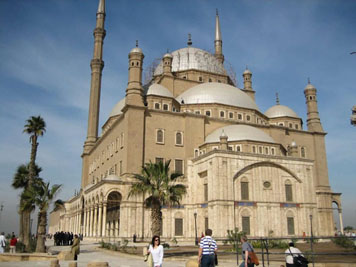 Citadel of Saladin, is a fortification, a defensive wall in the Cairo city of Egypt. One of Cairo’s most popular traveling tourist attractions .The Mohamed Ali mosque is part of the Muqattam Hill near the center of the city which is located on a spur of limestone that had been detached from by quarrying. Mohamed Ali citadel was once famous for its breezes, great views of the city and beautiful scenery as well as a highly visible landmark on Cairo’s eastern skyline, as far back as Ayyubid ruler Salah al-Din, who built Mohamed Ali citadel and then fortified it to protect it from the Crusaders. The citadel of Saladinl is one  of the greatest monuments of medieval warfare in the whole world. It is also known as Saladin Citadel of Cairo. Citadel of Saladin is one of Cairo’s most visited historic structures. A place worth traveling to. 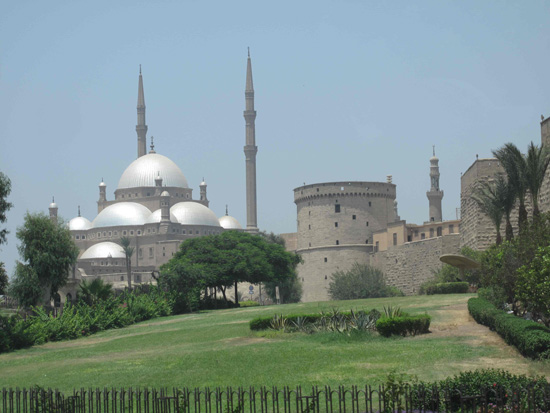 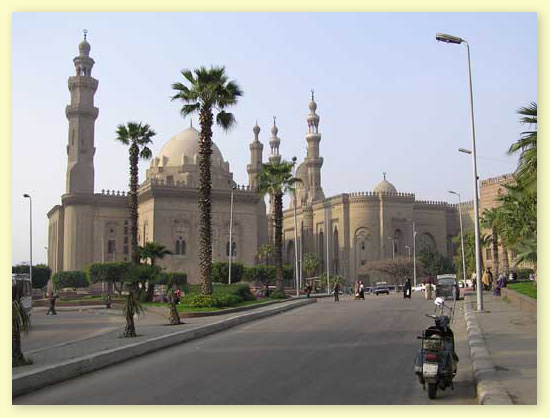 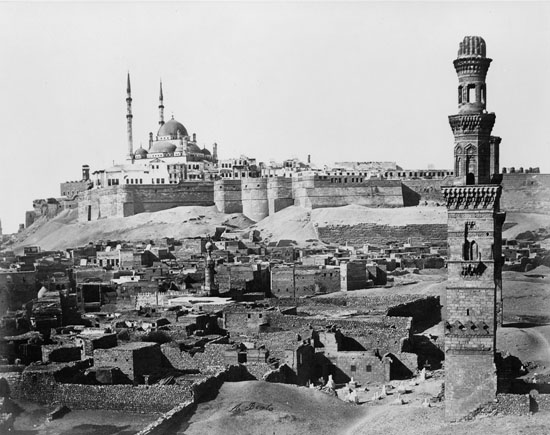 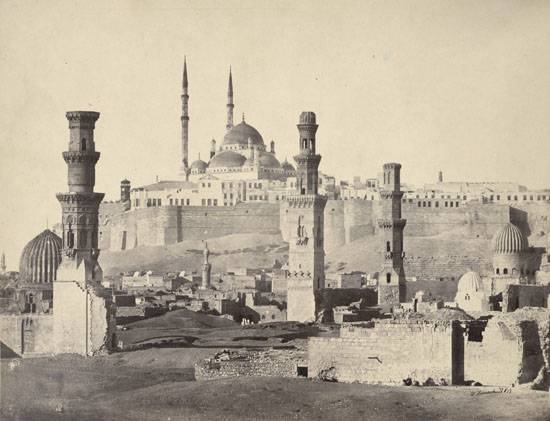 Mohamed Ali citadel was constructed under the aegis of Salah ad-Din (Saladin to Westerners 1171-1193 AD),an Abbasid Ruler, between 1176 and 1183 fortified the area to protect it against attacks by the Crusaders, and since then, Saladin citadel has never been without a military garrison. It was later enlarged, in 13th-14th century.
Originally it served as both a fortress and a royal city. In addition to a military complex for the next 700 years, Egypt was ruled from this hill since served as Egypt’s rulers’ residence. 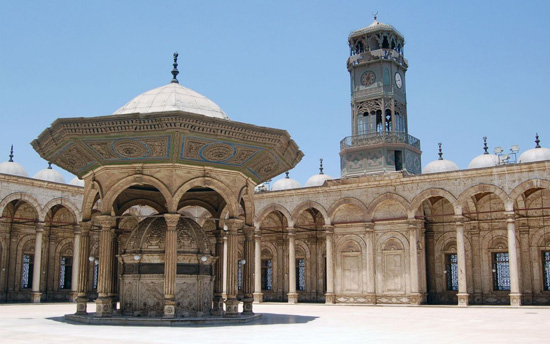 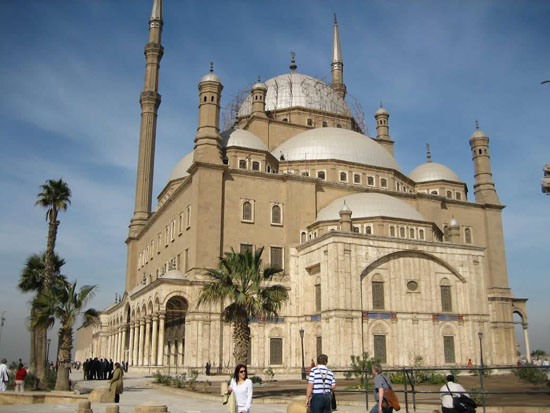 A legend around this city that Salah ad-Din chose the site for his bastion for its healthy air that surrounded the Saladin citadel. The story goes that he hung pieces of meat up all around Cairo including the one at which citadel of Saladin now stands. Everywhere the meat spoilt within a day, with the exception of the Citadel area where it remained fresh for several days. No doubt this location provides a strategic advantage both to dominate Cairo and to defend of outside attackers. Cairo Citadel was later built at the same site. He carries this custom traveling from Syria where each town had some sort of fortress to act as a stronghold for the local ruler, so it was only natural that he would carry this custom to Egypt. 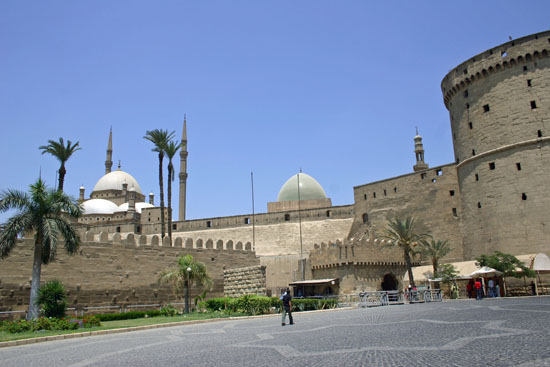 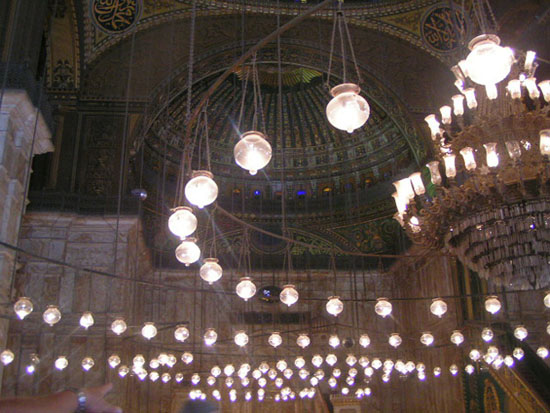 Now Mohamed Ali citadell is home to several different museums ( Al-Gawhara Palace, the National Military Museum and the Police Museum ) with the most distinctive and recognisable being the Ottoman-style Mohammed Ali Mosque, that is why the Mohamed ali mosque is sometimes referred to as ‘Mohamed Ali Citadel’, It holds the actual Mosque of Muhammad Ali Pasha, with its multiple domes and two pencil-like minarets.built between 1828 and 1848. The mosque was in memory of Tusun Pasha – Muhammad Ali’s oldest son, who died young in 1816. 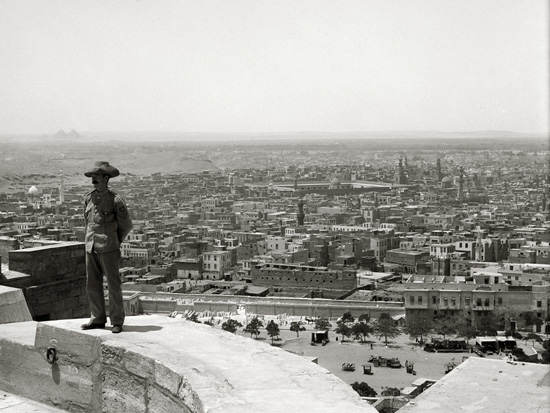 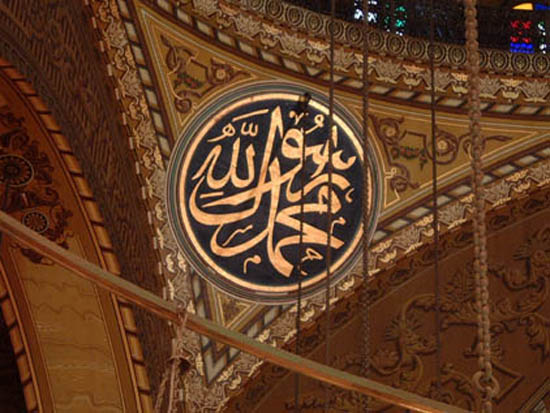 There are two other mosques to see at the alabaster mosque of Mohammed ali: the Hypostyle Mosque of al-Nasir Muhammad from the early Bahri Mamluk period and the 16th century Mosque of Suleyman Pasha, amongst the first Ottoman-style mosques in the citadel.

Today the alabaster mosque is one of Egypt main traveling tourists attractions, is often the most popular non-pharaonic monuments.
and one of the most iconic images in the world. Come experience the beauty of the Saladin Citadel of Cairo! 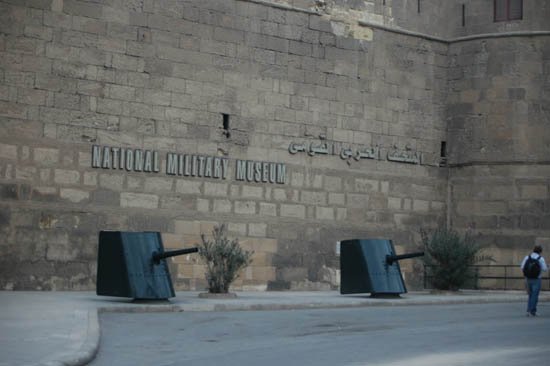 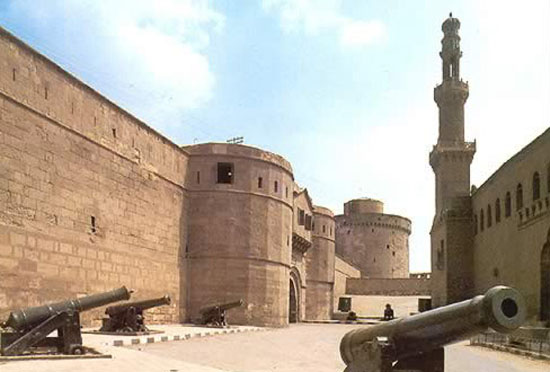 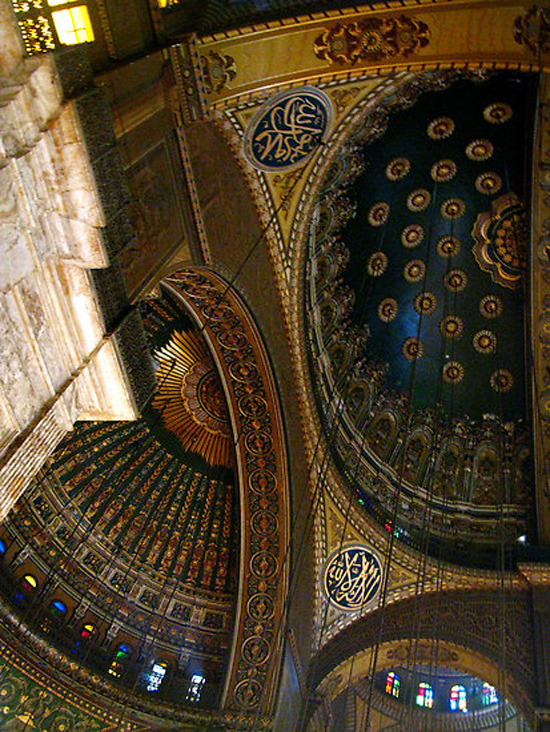 Catacombs Of Kom El Shoqafa The Mother Of All Wonders, Alexandria