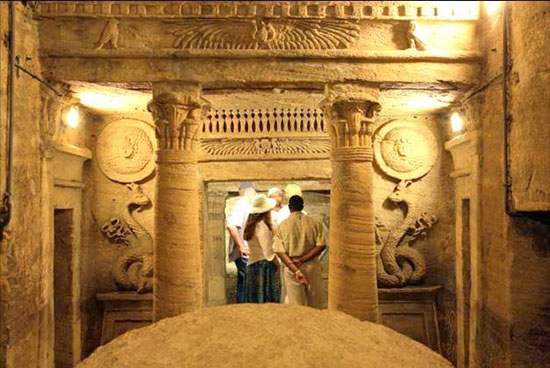 The Catacombs of Kom el Shoqafa (the catacombs of Alexandria) is a series of tombs for the Pharaonic Funeral Cults,and Identified as “a tour-de-force of rock-cut architecture is an Arab translation of the name, Lofus Kiramaikos, meaning “Mound of Shards” or “Potsherds” in ancient Greek Its actual ancient Egyptian name was Ra-Qedil. This historical archaeological site where the village and fishing port of Rhakotis, the oldest part of located in Alexandria, Egypt . This district itself was used by Mohammad Ali Pasha to defend the city. Then the area was destroyed in about 1850.
The Catacombs of Kom el Shoqafa is one of Alexandria attractions and one of the Wonders of the Medieval world. (Middle Ages!). The necropolis consists of a series of Alexandrian tombs, statues and archaeological objects of the Pharaonic funeral cult with Hellenistic and early Imperial Roman influences. Used in the 4th century AD for the last time, the Catacombs of Kom el Shoqafa were hidden for almost 2 millenia, Because of this they have been left in much the same state as when they were built. 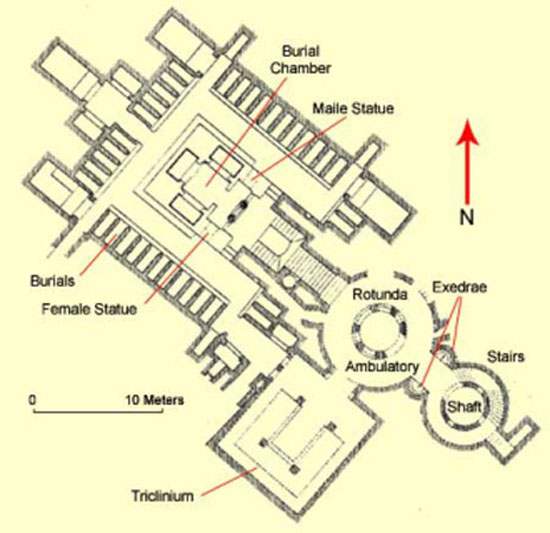 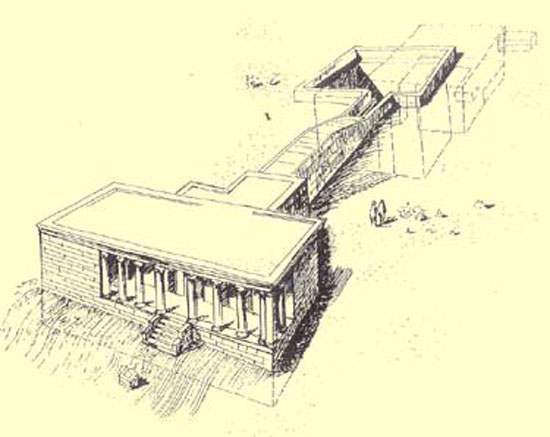 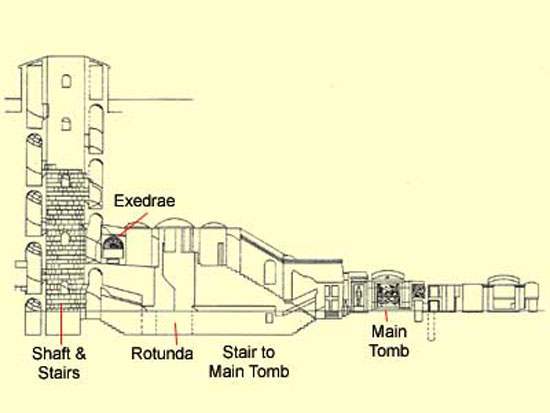 Excavations of  the catacombs of Alexandria began in 1892 but no catacombs were actually found until Friday, September 28th, 1900 and was discovered accidentally on September 28, 1900 when a donkey tripped in a crevice and fell into one of the underground tunnels. but more reliable accounts say it was a local man quarrying for stone who first broke through the walls( according to the Popular legends). The catacombs of Alexandria,was opened for the public only in 1995 after pumping the subsoil water from the 2nd level. 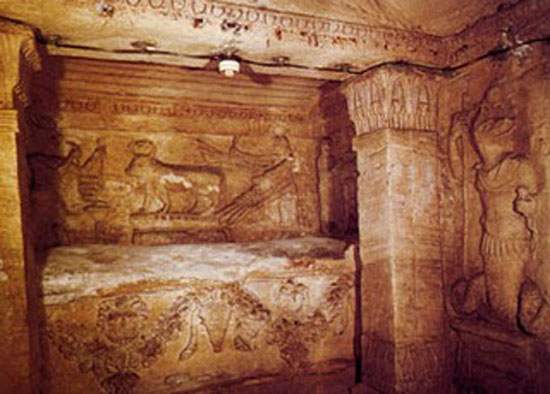 The Catacombs of Kom el Shoqafa are a subterranean funeral complex were first carved into bedrock! by a wealthy single family who still practiced the old pagan religion as a funerary site .Considering they were built the late first century AD (the age of the Antonine emperors ) with subsequent generations it was expanded in the 4th century AD and used as an active burial ground by adding corridors and floors This could explain why so many chambers were hewn from the rock. and not much is known about how the underground complex came eventually to include in its final stage over one hundred loculi and numerous rock-cut sarcophagus tombs. 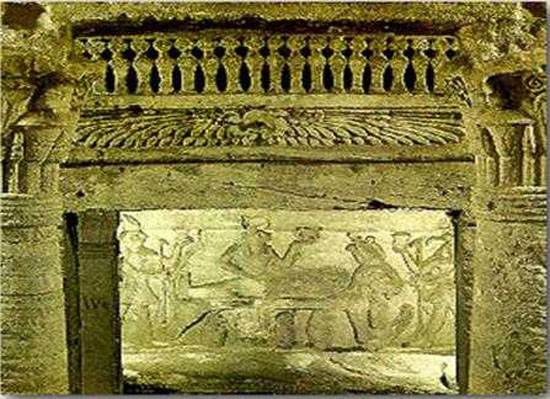 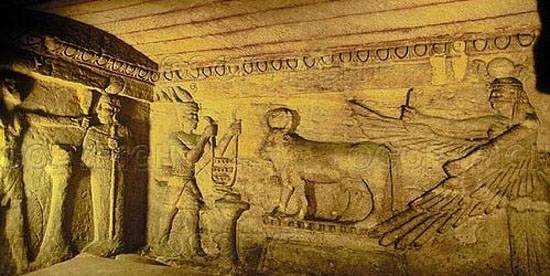 The catacomb is composed of a ground level construction, to enter by a staircase descending down the 99 steps -35 meters -spiralling around a shaft to three subterranean floors all equipped for funerary ritual and entombment, decorated with carvings, mosaics, statues and the ornate tombs themselves in a style that mixes traditional Egyptian and Greco-Roman design elements, with an amazing twist that makes them quite unlike anything else in the world. 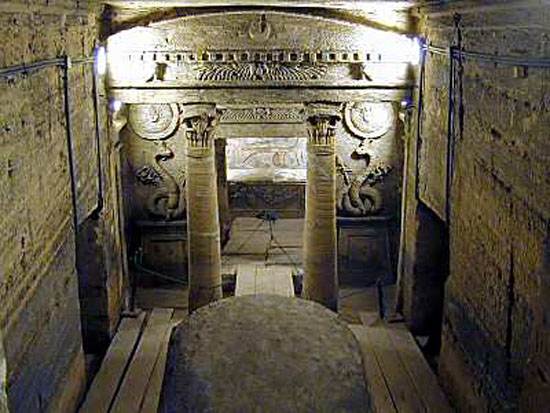 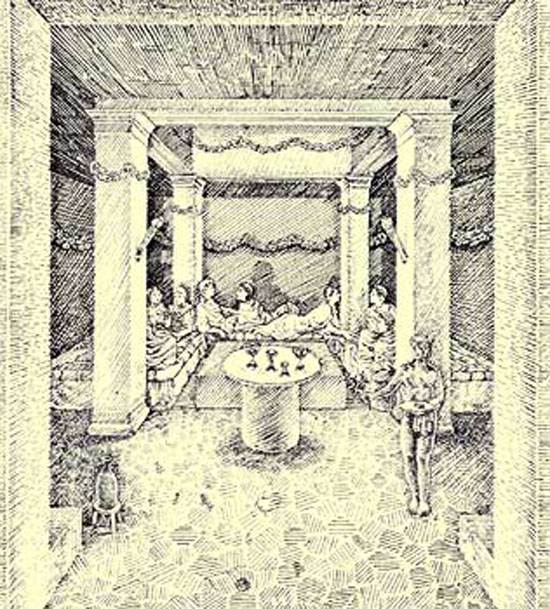 The first subterranean floor consists of a vestibule with a double exedra, a rotunda (circular hall with dome), rooms include a the triclinium or banquet hall that contained tableware when it was first discovered,with 3 benches where friends and family of the deceased ones used to feast, a vestibule, an antechamber and the burial chambers with sarcophagi carved in stone. At the center of the spiraling staircase is the shaft through which the bodies were lowered for burial.
The second subterranean floor was the main tomb, with various surrounding corridors. The third subterranean floor is submerged in ground water, which has also caused it to be saturated with sand. 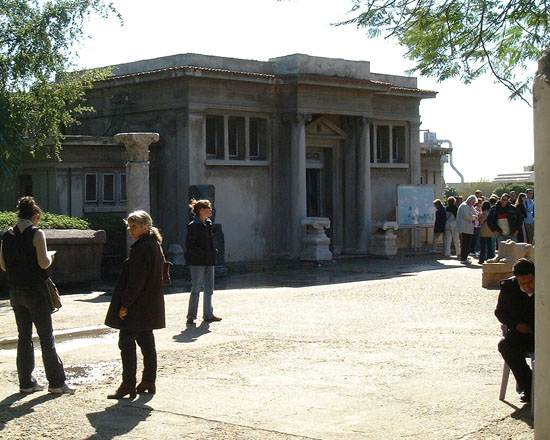 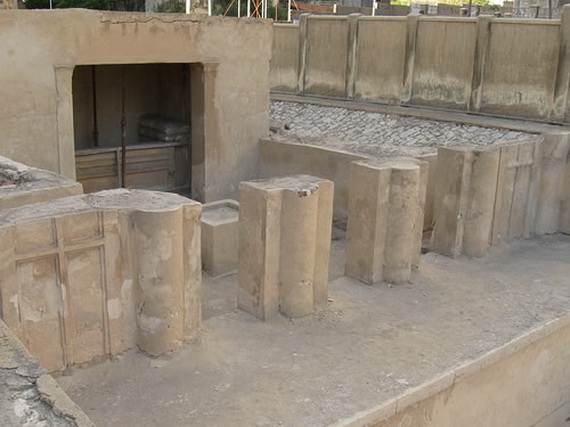 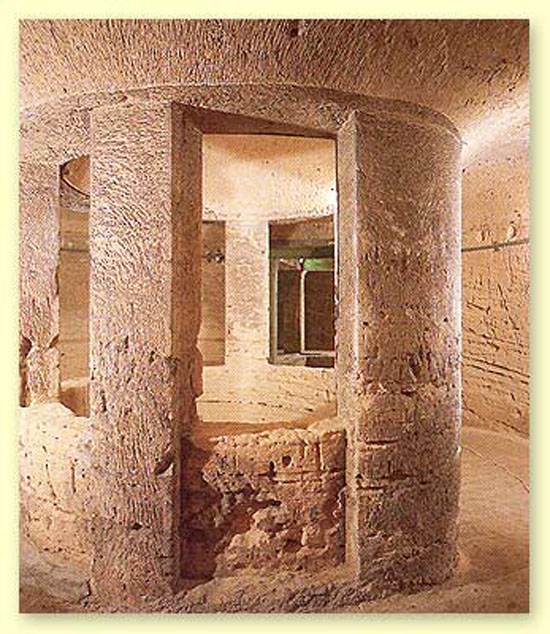 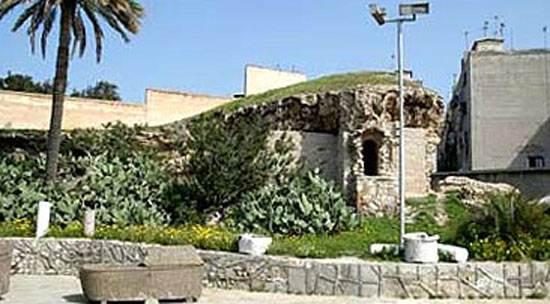 Handmade Pillows for the Holidays