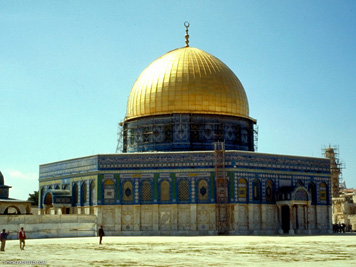 Dome of the Rock is the most famous Islamic site in Jerusalem and also sacred to the other two world’s major monotheistic religions beside Islam: Judaism and Christianity. Dome of  Rock is also known as Kubbat as-Sakhra, Kubbet es Sakhra, “Mosque of Omar,” Qubbet el-Sakhra, Templum Domini, that is the oldest extant Islamic monument can be seen from all over Jerusalem.
In Jewish tradition, it is here that Abraham, the progenitor and first patriarch of the Hebrew people, is said to have prepared to sacrifice his son Isaac.
The rock over which the shrine was built is sacred to both Muslims and Jews. the Dome of the Rock isn’t a mosque but a Muslim shrine. Like the Ka’ba in Mecca, but literally a dome covering a sacred stone. This stone, is traditionally believed to be the place from which the Prophet Muhammad founder of Islam, ascended into heaven during his Night Journey to heaven. accompanied by the angel Gabriel. 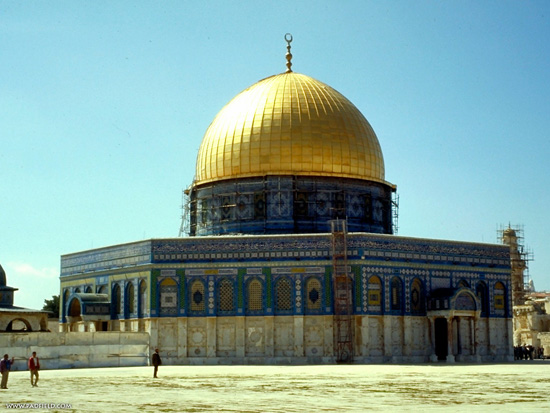 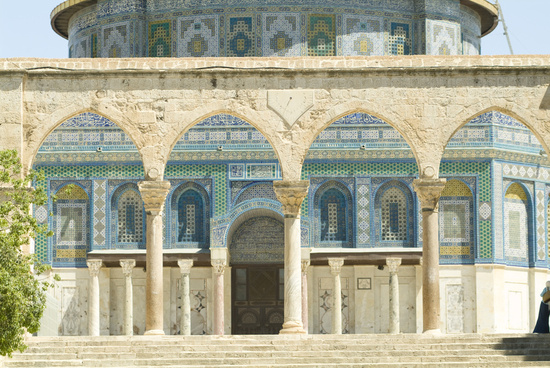 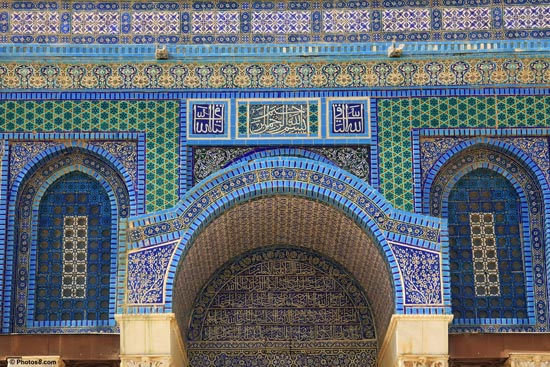 The Dome of the rock was first consecrated by the Israelites of Exodus. The Foundation Stone is the symbolic foundation upon which the first stone was laid in the building of the world, and the place of the Binding of Isaac (the holiest site in Judaism). Later, according to Jewish tradition,it is the site where Abraham prepared to sacrifice his son Isaac at the command of God, where Jacob saw the ladder to heaven. 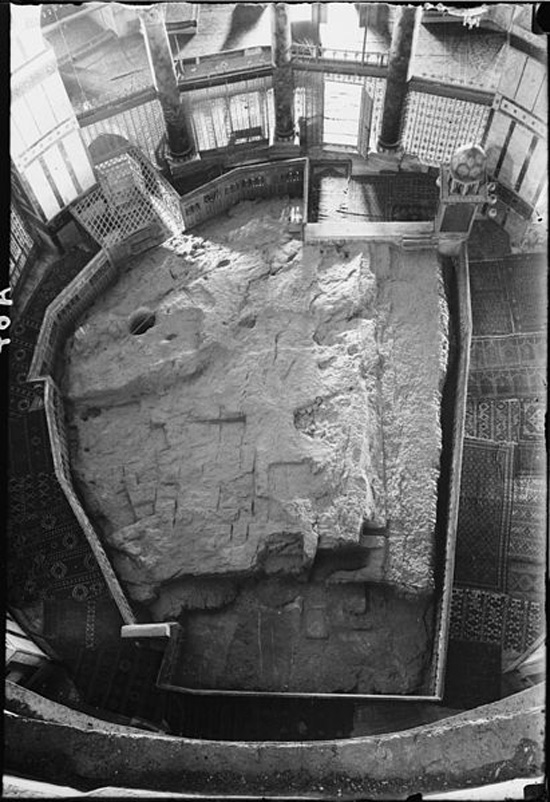 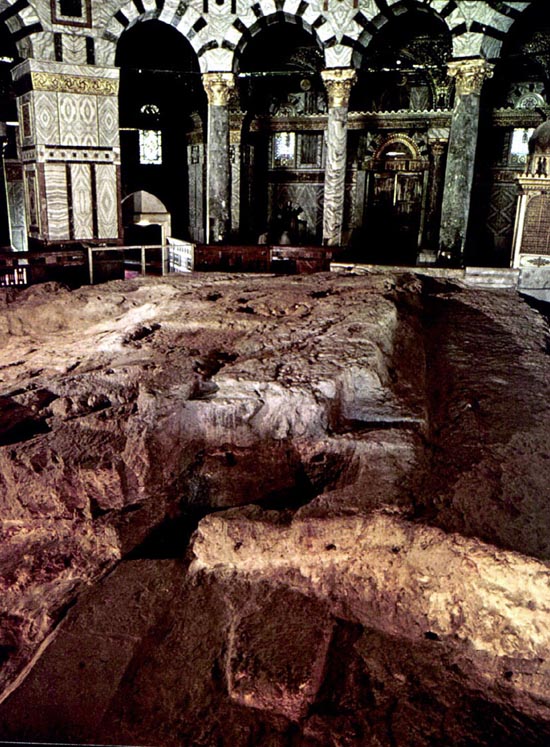 Later still, upon the same platform, Solomon erected his temple in which where both Christians and Muslims believed to be . For Christians, in addition to the Old Testament Jewish associations, the Temple Mount was revered because of its place in the life and ministries of Jesus Christ. 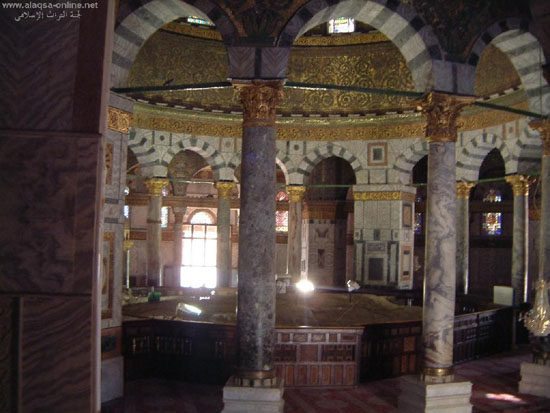 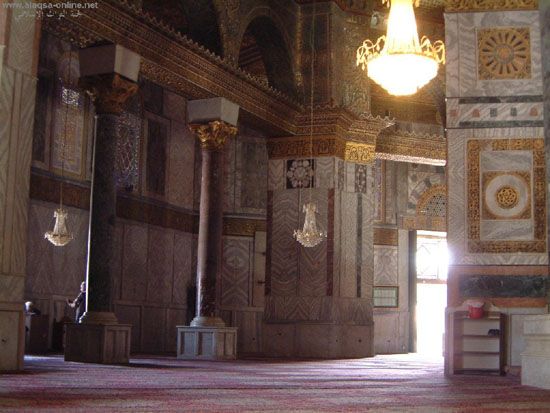 For Moslems, according to tradition,the rock was sanctified by the story of the Prophet Mohammed’s Miraaj or Night Journey to Jerusalem and back to Makkah [Mecca] (Qur’an 17:1). From the top of the rock, Mohammed ascended to heaven at the end of his Night Journey. The Dome of the Rock presents the first example of the Islamic world-view and is the symbol of the oneness and continuity of the Abrahamic, i.e. Jewish, Christian and Muslim faith. 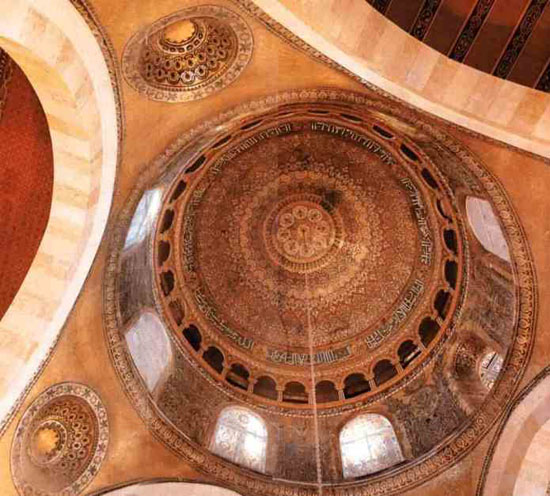 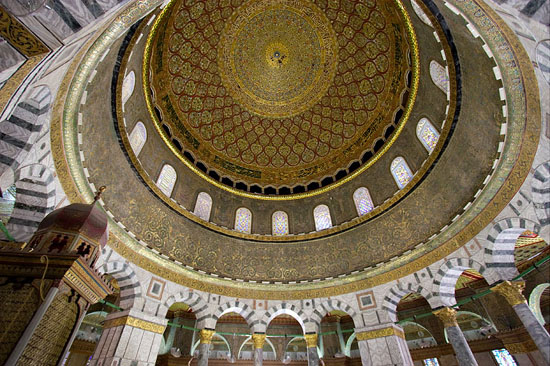 The Dome and Al-Aqṣā Mosque are both An impressive and beautiful edifices. The rock located atop the earlier location of the Temple Mount, the site of temple of Solomon and its successors. The Muslims took control of the Temple Mount in 635 C.E. finding it in a neglected state. Omar ordered the area cleared of rubbish was erected by the Muslim ruler Abd el-Malik in 688-691 to protect the “holy rock” ,half a century after the death of the Prophet Muhammad .The dome of rock was not intended to be a mosque (dome of the rock mosque), but a shrine for pilgrims. Conquering crusaders reconsecrated the building as a Christian church for a brief time, but with the crusaders’ defeat, it soon reverted back to Islam in less than a hundred years. 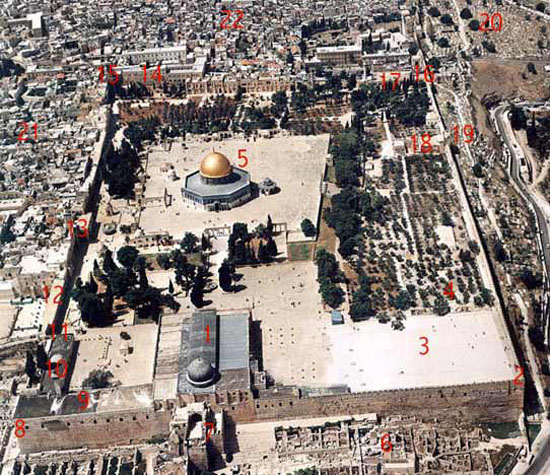 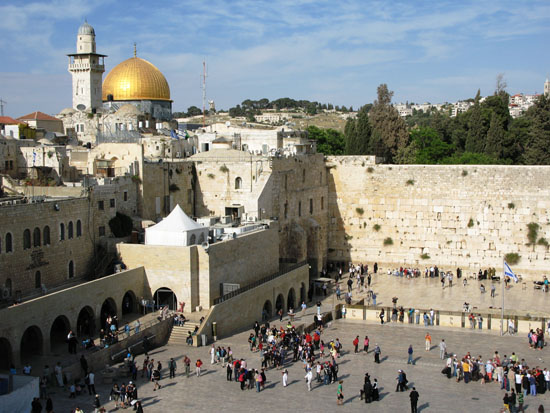 Dome of the Rock is made of wood but its facade is actually porcelain, which simply sits on the Dome of the Rock’s octagonal marble base, numerous earthquakes over the centuries have not caused significant damage to the structure (unlike its neighbor Al Aqsa mosque). The gold-covered dome is fairly new, This shrine was covered by a lead dome from 691 until 1963,then it was replaced with a gold-colored covering in 1965. and then with gold-colored aluminum until 1993 because of rust.
A number of buildings have been designed as copies of the Dome of the Rock. These include the octagonal Church of St. Giacomo in Italy, and the octagonal Moorish Revival style Rumbach Street synagogue in Budapest. This was done because the Dome of the Rock was long believed by Christians to echo the architecture of the Temple in Jerusalem, as can be seen in Raphael’s The Marriage of the Virgin and in Perugino’s Marriage of the Virgin. (source answers.com).
Many sources are confirming that the Unidentified Flying Object (ufo over dome of the rock) has been sighted and hoved over Holly Dome of the Rock in Jerusalem on Jerusalem’s Temple Mount some time after midnight on Jan. 28. 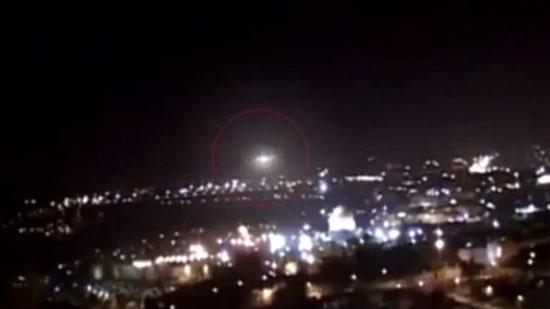 The Dome of the Rock is the oldest Islamic monument that stands today and certainly one of the most beautiful and holiest. 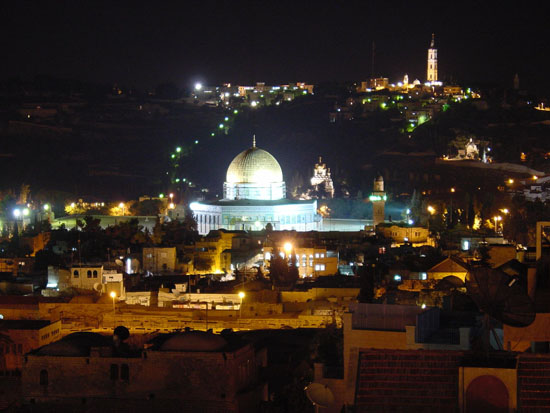 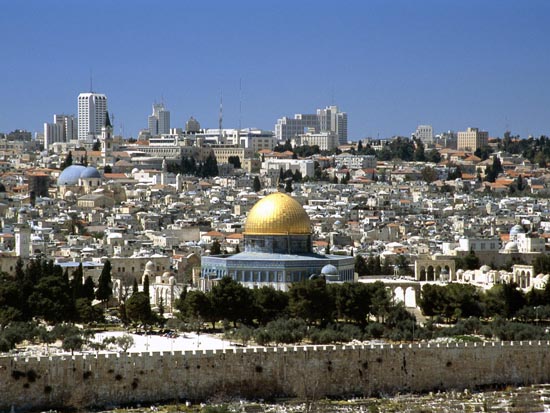 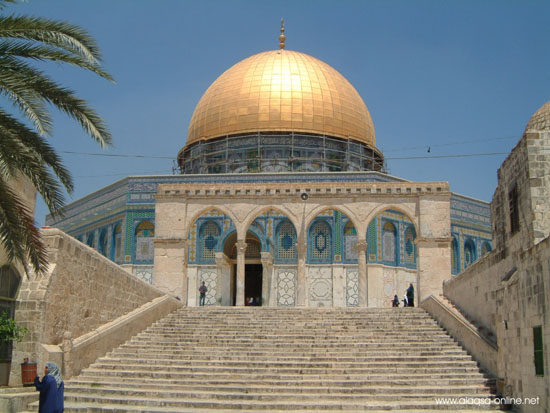 Check availability, maps, photos and reviews, and book at the guaranteed lowest price.

50 Lovely Hearts for your Valentine’s Day