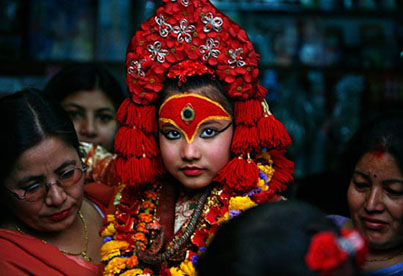 Nepal is a landlocked country in South Asia , shares territorial borders with India and China . With a rich geography. The mountainous north has eight of the world’s ten tallest mountains, including the highest point on Earth, Mount Everest, called Sagarmatha in Nepali. Hinduism is practiced by a larger majority of people in Nepal than in any other nation.

Sagarmatha National Park:
Unique among natural heritage sites world-wide is the Sagarmatha National Park, The park was created on July 19, 1976 which includes Mt. Everest the highest point in the world of 8848 meters, and other and besides the other seven 8000+ high peaks such as Lhotse Shar, Cho Oyu, Ama Dablam, Pumori, Kangtega, Gyachung Kang, and Kwangde Everest still manages to tower over anything and anybody around. Sagarmatha National Park was inscribed as a Natural World Heritage Site in 1979. Most of the park area is very rugged and steep, with its terrain cut by deep rivers and glaciers. 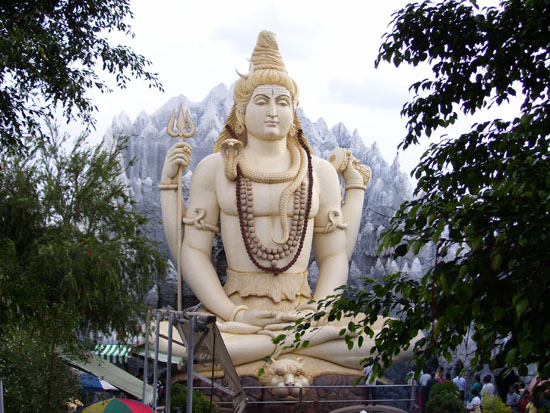 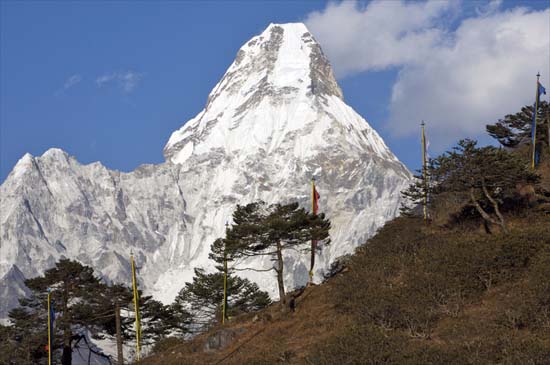 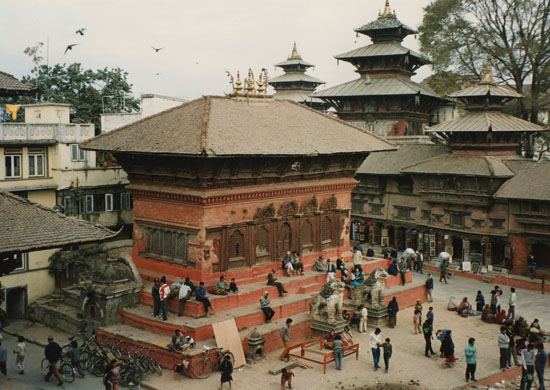 Kathmandu:
The capital city of Nepal, with countless monuments and temples. A rich cultural heritage, situated above 4400 ft above sea level. The city is the urban core of the Kathmandu Valley in the Himalayas which consist of three historic, artistic and cultural towns namely Kathmandu, Patan and Bhaktapur ,together they form the `Kathmandu Valley’. 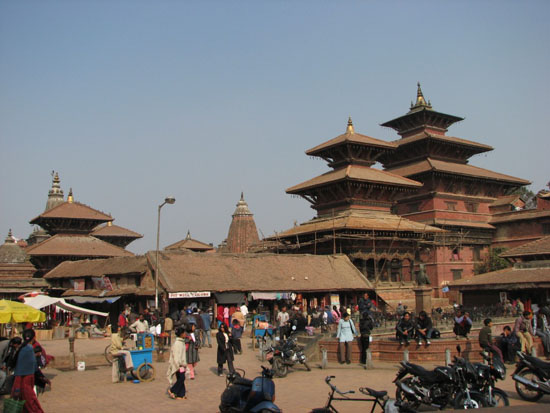 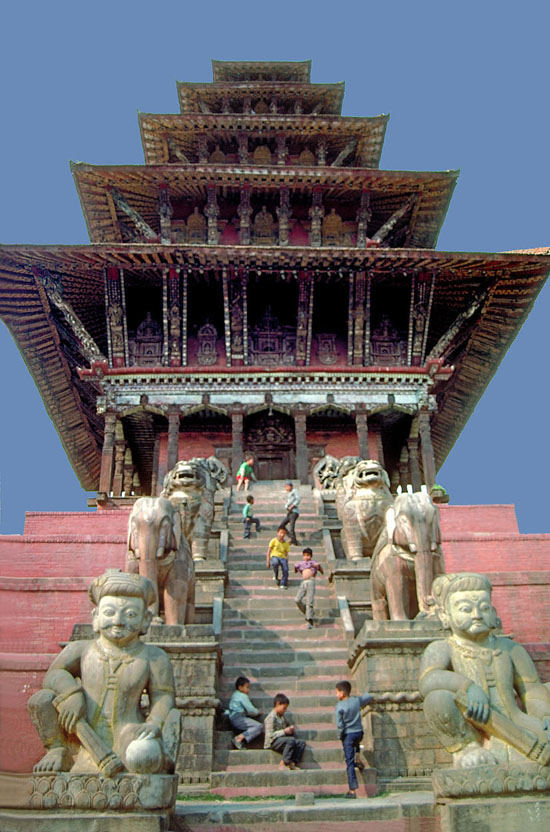 Bhaktapur:
It is the third largest city in Kathmandu valley and was once the capital of Nepal during the great Malla Kingdom, It is one of the 3 royal cities in the Kathmandu Valley. The city is famous for the Gompas or the Buddhist temples, monuments, most terra-cotta with carved wood columns, palaces and temples with elaborate carvings, gilded roofs, open courtyards, stone artwork and wood, metalwork ,so listed as a World Heritage by UNESCO . 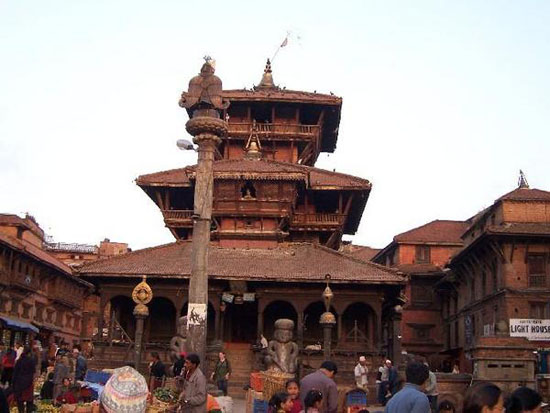 The highest temple in Kathmandu Valley, the Nyatapola Temple. The city is dotted with pagodas and religious shrines..Many pilgrims from India and other places in Asia often come to Bhaktapur to visit the Til Mahadev Narayan. 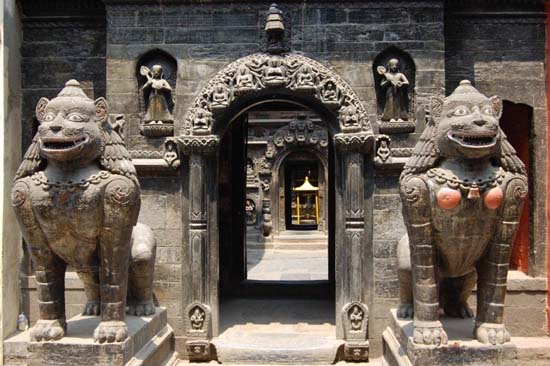 Patan is major city , one of the 3 royal cities in the Kathmandu Valley . It lies across the Bagmati River . A destination for connoisseurs of fine arts, known as the city of fine arts. It is a city of Budhist monuments, Hindu temples (over 1200 monuments), stone fine wood carvings, metal statues, and ornate architecture. 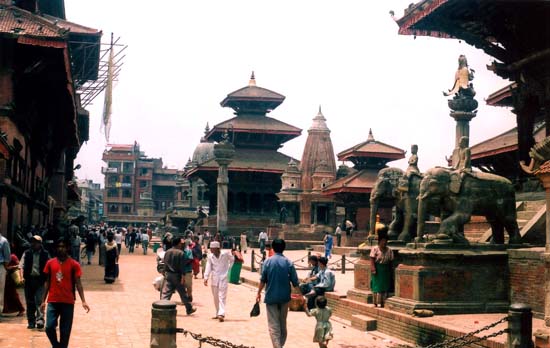 Patan Durbar Square is famous with its unique architectures. Krishna Mandi, Bhimsen temple, Hiranya Varna Mahabhihar are just a few among the temples. 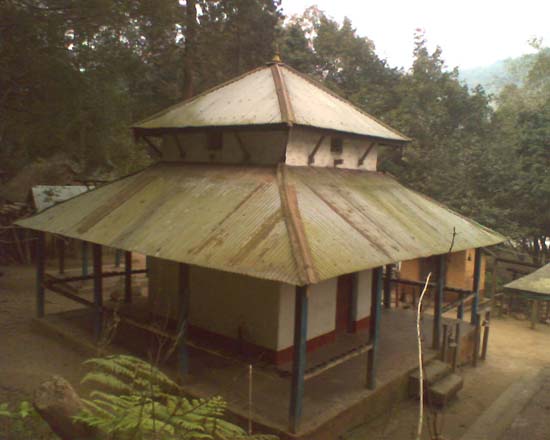 Manakamana of Tumlingtar :
Manakamana is the name of a Hindu Goddess, the God that fulfills the wishes of the people.
The Hindu temple of Manakamana is located in a picturesque setting alongside the Arum River in the Tumlingtar Region of Nepal. The temple is a revered pilgrimage site where both Hindus and Buddhists gather to worship the goddess. 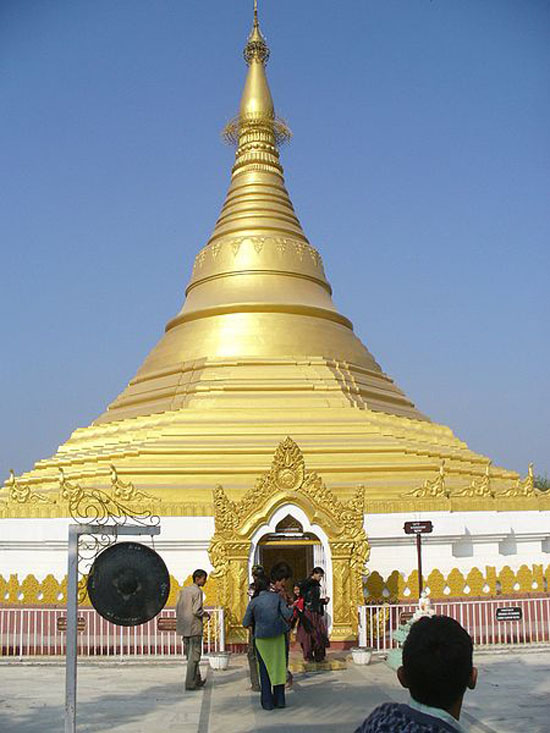 Lumbini:
Lumbini is a kind of holy sentiment to the millions of Buddhists all over the world-as do the Jerusalem to Christians and Mecca to Muslims. Iis a Buddhist pilgrimage site in the Rupandehi district of Nepal, near the Indian border. 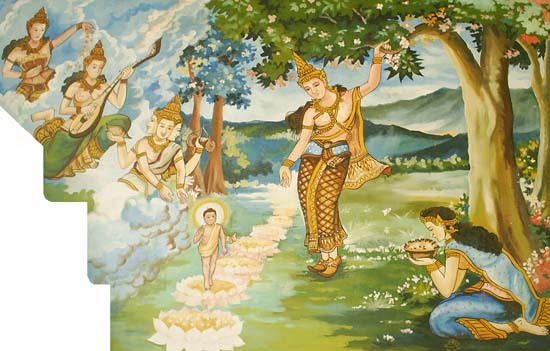 Lumbini is the traditional Birth Place of Lord Buddha, the founder of Buddhism tradition, who was born somewhere around 563 and 483 BCE. This is one of the World Heritage site listed by UNESCO. Lumbini is one of four Buddhist pilgrimage magnets sites that sprang up in places pivotal to the life of Gautama Buddha, the others being at Kushinagar, Bodh Gaya, and Sarnath,all of the events occurred under trees 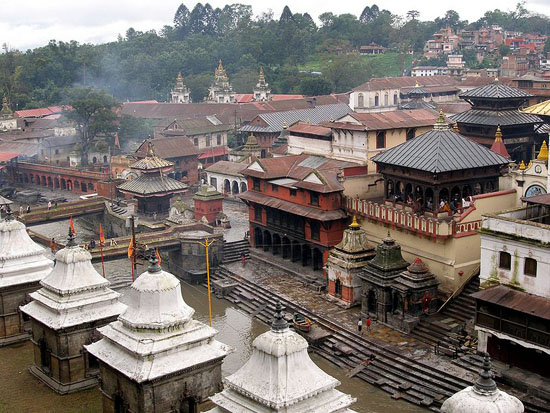 The Pashupatinath temple of Lord Shiva :
PashuPatiNath Temple is one of the Oldest and Largest Hindu temples of Lord Shiva in the world, the holiest pilgrimage site for Hindus,established in the 17th century. The temple served as the seat of the national deity with its astonishing architectural beauty, stands as a symbol of faith, religion, culture and tradition, and is listed in UNESCO World Heritage Sites list. 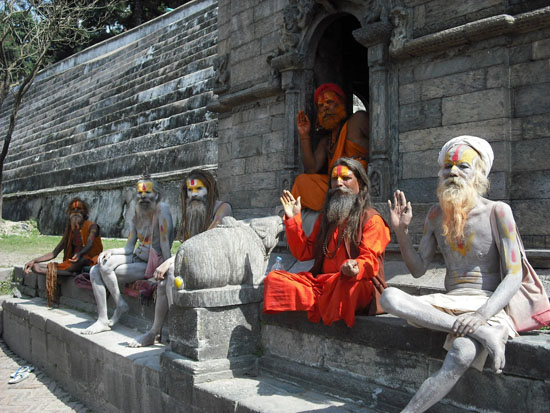 Believers in Pashupatinath (mainly Hindus) are allowed to enter the temple premises. Anyone not born in Nepal or India is considered a non-Hindu by the temple authorities, only four priests, appointed by the King, can touch the idol of Lord Shiva,and Non-Hindu visitors are allowed to have a look at the temple from the other bank of Bagmati river. 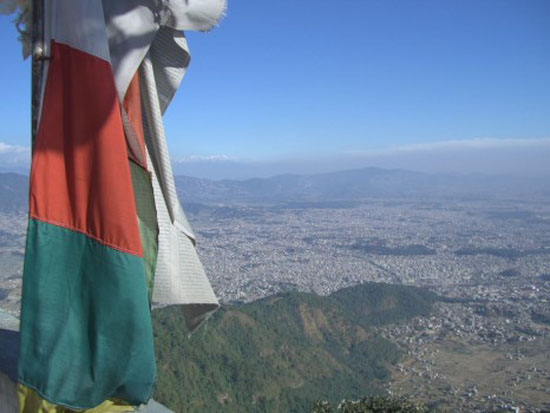 Nagarjuna Forest Reserve:
It is one of the famous Buddhist stupa on the Nagarjuna Hill , The forests of Nagarjun has a royal retreat for members of the royal family and therefore was and remains a protected area ,known as the Raniban (Queen’s Forest), which is home to pheasants, deer, monkeys and a couple of military posts. One of the last significant areas of untouched forest in the valley.

Nepal houses some of the best tourist attractions in the world.