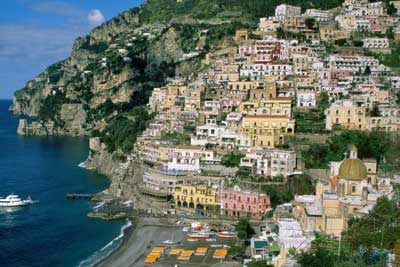 Palermo is the regional capital of the Sicily-Italy, located in the north-western part of Sicily.
The city is known for its Mediterranean moderate climate throughout the year, history, architecture and culture.
Palermo is known as the most conquered city of the world passed from one dominating power to another with remarkable frequency and for the number of invaders that have reigned there. It was once conquered by the Phoenicians, Arabs, the French, Vandals and Spanish, just to name the most influential. In fact; Palermo might be the most conquered city in the world. But, the country flourished largely under the Arab rule as is still reflected in the amazing architectural styles of the city.
Palermo today bears witness to its rich past, as the result of quilted history from a unique mix of Byzantine mosaics (a reminder of the city’s Golden Age) and crumbling baroque buildings, Arab-Norman architecture to Arabian foodie delights due to the intriguing fusion of ingredients used in many local dishes in La Vucciria and Ballarò markets.
Palermo is still somewhat of an adventure where top attractions and landmarks can be seen with so many tourist-friendly places as medieval Norman and Baroque churches, archeological gems, the Cappella Palatina (a beautiful example of Arab-Norman-Byzantine style) and first-class museums with inspiring collections of art, archeology and ethnography.
The best way to experience the city is to explore a live tour to the treasure-trove of places.