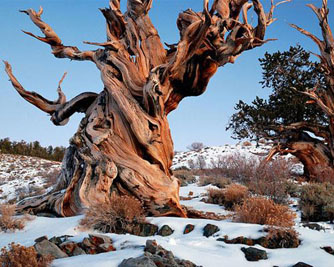 The oldest living tree known is a Bristle cone Pine known as “Methuselah” in the White Mountains on the California-Nevada border in the Ancient Bristle cone Pine Forest. Located at an elevation of 2,900–3,000 m (9,500–9,800 ft) above sea level.
A staggering of 4,767 years old, measured by core samples in 1957. This primeval tree is worlds oldest living tree and is older than most of human civilization, Methuselah sprouted during the Bronze Age, some two millennium before Rome was founded and was already a century old when the first pyramid was built in Egypt. It stands about 55 feet tall, with a misshapen oval-shaped trunk measuring about 4 1/2 feet wide.
Methuselah tree, oldest trees and oldest living tree of a non-clonal organism. Named after Methuselah, (son of Henoch, son of Seth, son of Adam and Eve) said to have lived 969 years (oldest man in the bible,),although the tree has lived five times longer to date. 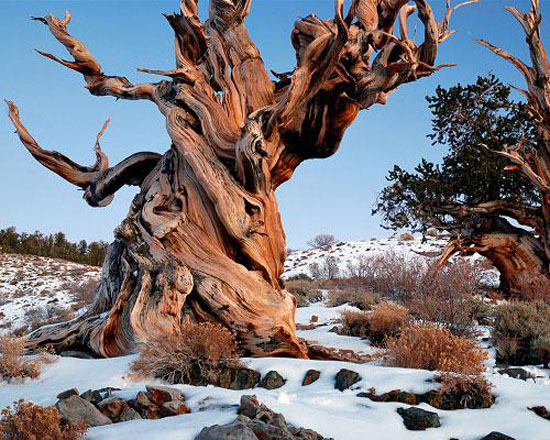 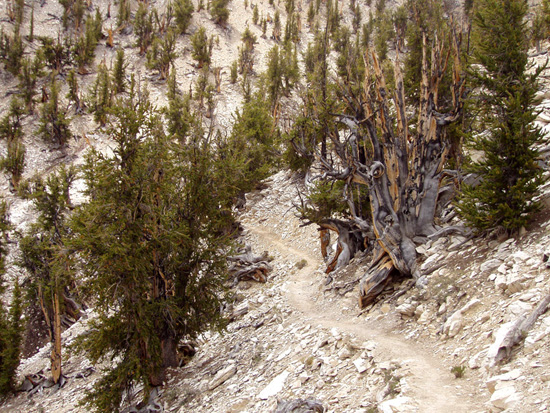 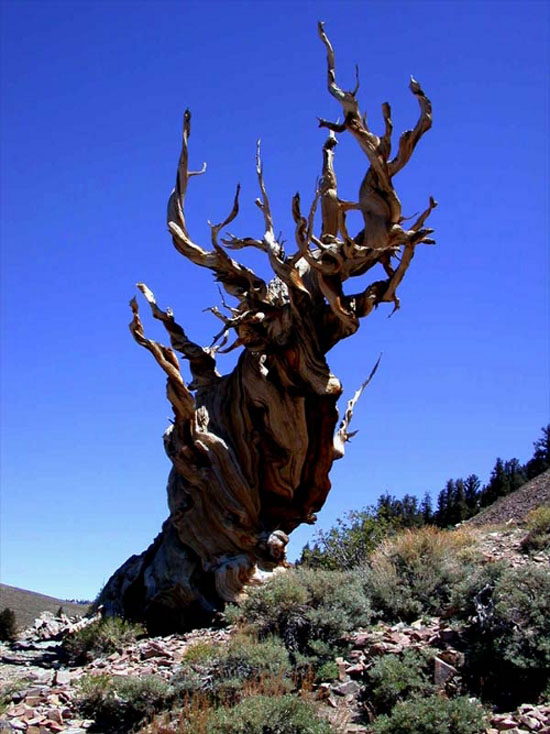 The bristlecone pines (oldest living plant )are a small group of pine trees grow in isolated groves at and just below the tree line ,are the oldest living trees, thought to reach an age far greater than that of any other single living organism known, up to nearly 5,000 years.

The fact that these trees continue to live is amazing consider the growing conditions, cold temperatures, dry soils, high winds, and short growing seasons. the trees grow very slowly ,a bristle cone pine may add to its girth no more than an inch per century, which makes their wood very dense and resistant to disease and resistant insects invasion fungi, and other potential pests. Scientists have shown that bristle cones change little as they grow older, much of its vascular cambium layer may die.

In very old specimens, often only a narrow strip of living tissue connects the roots to a handful of live branches as may not deteriorate with age the way other plants and organisms do. 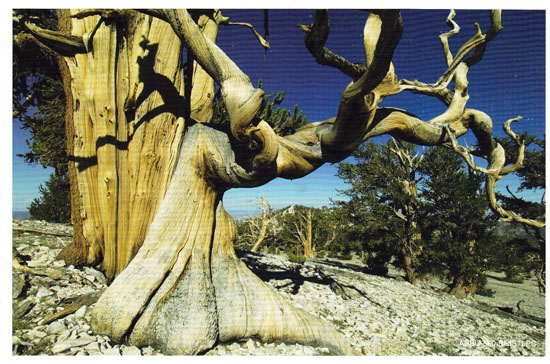 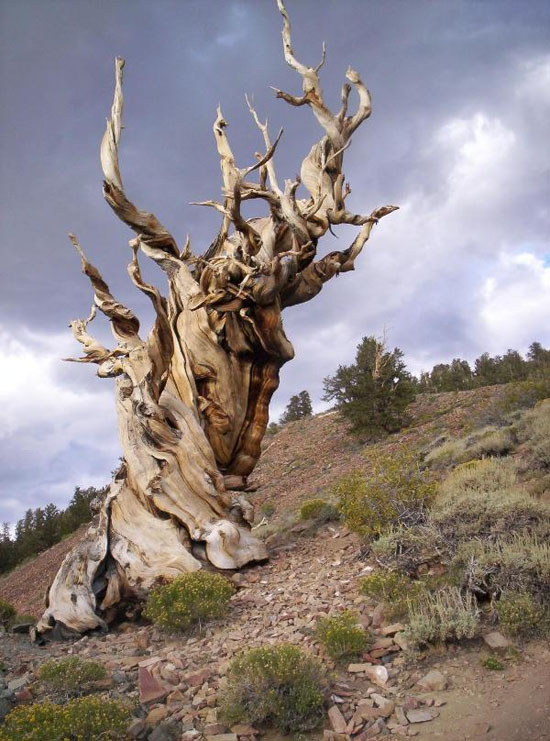 Methuselah   oldest living tree on earth ,its exact location is kept a close secret in order to protect it from vandalism or researchers, because an older specimen named Prometheus, which was more than 5,000 years old (more than 100 years older than Methuselah), was cut down by a U.S. Forest Service graduate student in 1964. 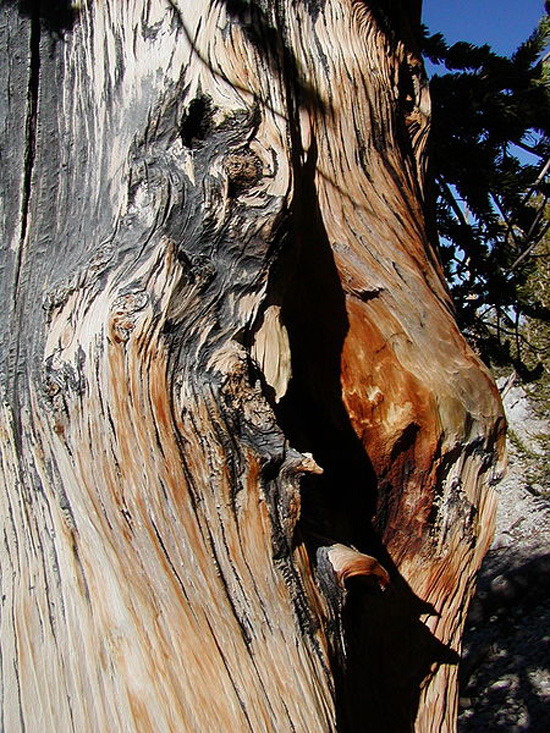 With the death of Prometheus, The tree, Methuselah, inherits the title of the oldest living tree on earth. Today you can visit methuselah grove where Methuselah hides only, but you’ll have to guess at which tree it is. 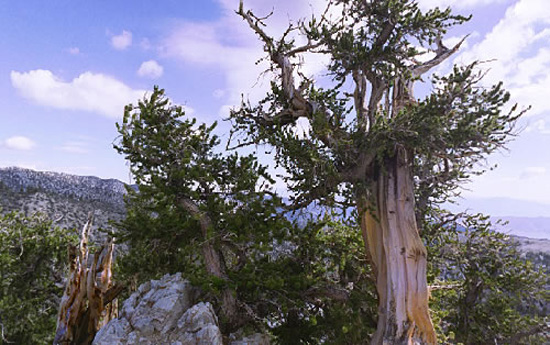 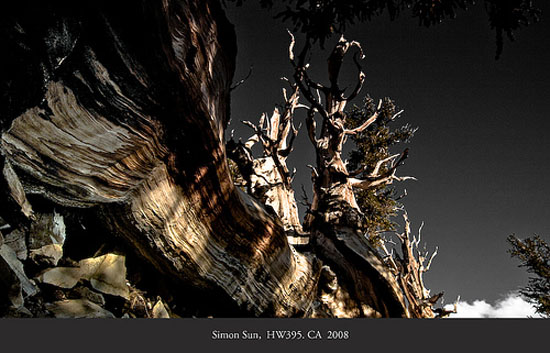 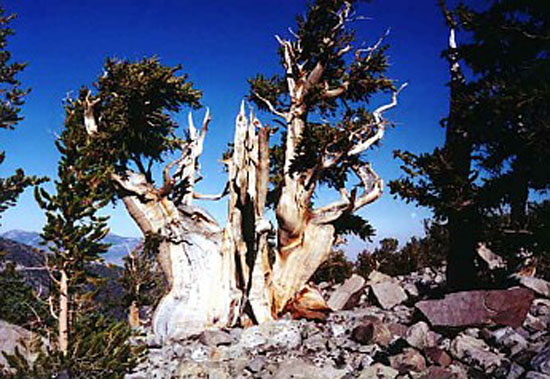 Understand the Coronavirus to defeat it in 8 minutes