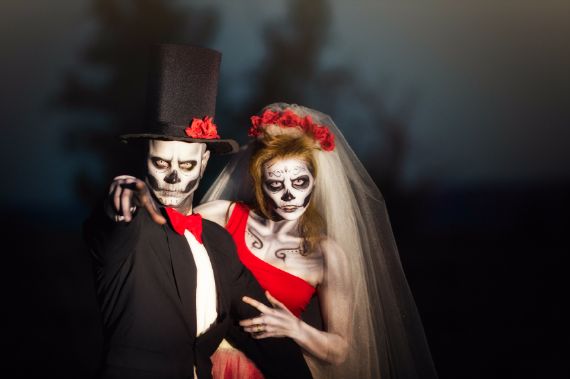 Modern Day Halloween Traditions & History… With the arrival of more than million European especially the Irish immigrants in 1845 to the United States of America, shortly afterwards the earliest references to Halloween rituals and customs appeared indigenous to their former homelands. However, due to the strict Protestant religious beliefs in colonial time celebration of Halloween was extremely limited in particular area of the country.

Halloween celebrations were common in Maryland and the southern colonies than that in New England due to more mixed settled European communities. As the customs practiced by these different European ethnic groups meshed with the harvest tradition celebrations of the Native American Indians a new version of Halloween began to emerge in America.

The first signs of celebrations were holding public events to celebrate the harvest in the form of gatherings… “play parties”. At these Colonial Halloween festivities; neighbors are gathered sharing ghost and stories of the dead, predicting each other’s’ fortunes, general mischief-making, sing and make merry with dancing.
By the middle of the 19th Century, these annual autumn festivals became more popular, but yet Halloween was celebrated in a narrow range throughout the entire country.
During the mid-1800s, America became flooded with a new wave of immigrants. These new arrivals nearly two million Irish immigrants were fleeing from the Potato Famine of 1846 helped greatly shape Halloween into an even more widely celebrated event on a country-wide level. Many traditions were taken from Irish and English traditions, well-known phenomena that still exist till today is to dress up in costumes and go house to house asking for food or money, (the probable forerunners of today’s “trick-or-treaters”). Young women held the belief that they could divine the name or appearance the face of their future husband would appear if they sat in dark rooms and gazed into a mirror or by doing tricks with yarn or apple peelings. 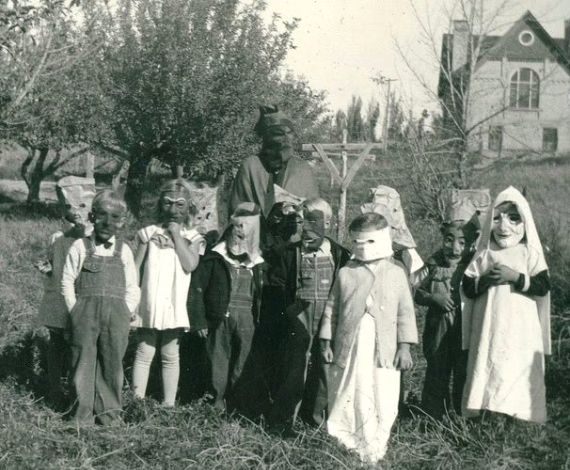 By the late 1800s, there was a move in the American culture toward Halloween making it a holiday rather than gathering around ghosts, pranks, and witchcraft. They focus on a “get-togethers “celebrations with the community and neighborly. Parties were held for both children and adults celebrating a holiday rather than a harvest festival focusing on games, foods of the season, and festive costumes.
At the turn of the 20th Century, it was more communal celebration than before; newspapers and community leaders encouraged parents to celebrate the day by wearing anything “frightening” or “grotesque” out of Halloween festive costume celebrations. Due to these efforts, Halloween lost most of its superstitious and religious overtone; this shifted it from a religious holiday to a more communal celebration and rapidly became a broad wide celebration by the beginning of the twentieth century.
With the arrival of the 1920s and 1930s, Halloween morphed into a secular, but community-centered holiday characterized by child-friendly activities, which included parades, town-wide parties, colorful costume contests and pumpkin picking and had a more festive atmosphere.
By the 1950s however, trick or treat has just started showing up and Halloween had evolved into a holiday of entertainment mainly for young people.
With the 1950s “baby-boomer” generation (a high numbers of young children during this period), parties moved toward classroom or home.
The old practice of “trick-or-treating” was revived in various places in the mid to late 1930 century, by the late 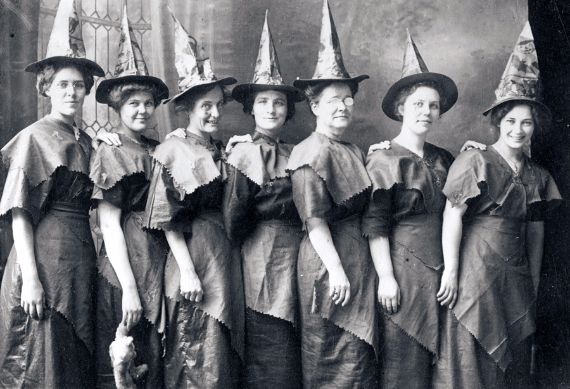 1940 century both trick-or-treating was a familiar part of Halloween all across the country. By the 1950 century, the trick part is gone and it’s all about the treats.
It was said that, there was no candy at the beginning of trick or treat because families prevented tricks being played on them by providing the neighborhood children with small treats. This old inexpensive practice provided the entire community to share in the Halloween celebrations.
Thus, Halloween was slowly shedding some of the old European traditions and a new American tradition was born and continues to grow favoring more light-hearted celebrations.
Today, in commercial and financial terms, Halloween is second largest commercial holiday after Christmas with American consumers spending an estimated over $6 billion annually on the purchase of candy, costumes, decorations and party goods. We know Halloween is all about fun, but that doesn’t mean you have stop here, take a look at other fun stuff and enjoy our collection, have a look at some of our past articles to help get you started, Origin of Jack-O’-Lanterns Halloween and Halloween Traditions Around The World. Enjoy and happy holidays! 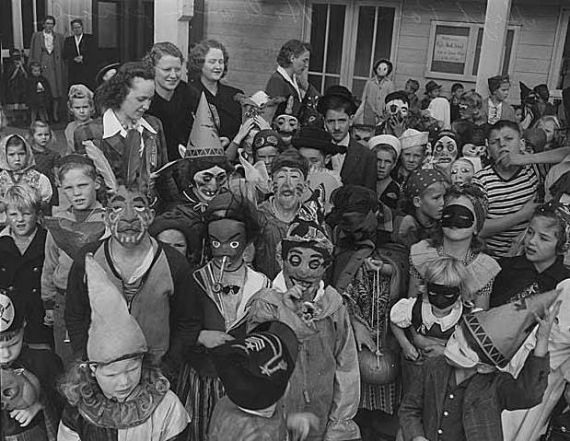 Traveling to Asia The Largest Continent