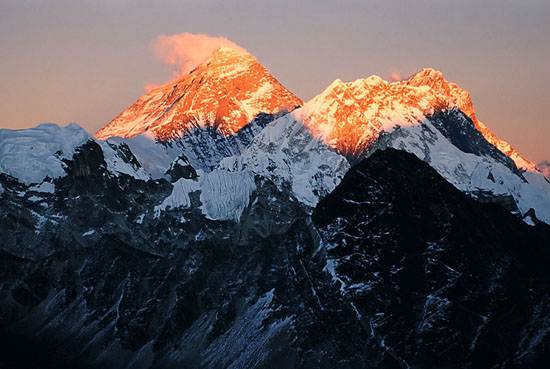 Mount Everest is the highest mountain in the world, also known as Sagarmatha or Chomolungma. Mount Everest rose from the floor of the ancient Tethys Sea. Its elevation of 29,035 feet (8,850 meters), and continues to grow today at the rate of a few millimeters each year. This height is based on the actual highest point of rock and not on the snow and ice covering it.

As Mount Everest represent the highest spot on earth, but it is not the tallest mountain in the world. Mount McKinley in Alaska is the tallest mountain based on measurements taken from the base of the mountain, which is above sea level, to the peak. In another view , Mauna Kea in Hawaii is the actual tallest mountain in the world measured from its base, of which most of it is under water. The mountain, which is part of the Himalaya range in High Asia, is located on the border between Sagarmatha Zone, Nepal, and Tibet, China. Mount Everest and the Himalayas were traditionally revered by the local people as the homes of the gods and were considered sacred.

The Tibetan name for Mount Everest is Chomolungma or Qomolangma (which means “Saint Mother”) or “Mother of the Universe,” , and the related Chinese transliteration name is Zhūmùlǎngmǎ Fēng, which refers to Earth Mother; the Chinese translation is Shèngmǔ Fēng, which refers to Holy Mother. The ancient Sanskrit names for the mountain are Devgiri for “Holy Mountain,” and Devadurga. According to English accounts of the mid-19th century, the local name in Darjeeling for Mount Everest was Deodungha, or “Holy Mountain”. Mount Everest gained its name in 1856, was officially given its English name by the Royal Geographical Society after being proposed by Andrew Waugh, the British Surveyor General of India.  The ancient Sanskrit names for the mountain are Devgiri for “Holy Mountain,” and Devadurga. The first seven attempts on Everest, starting with a reconnaissance in 1921, approached the mountain from Tibet. Unsuccessful attempts continued through 1938, then halted during World War II. By the war’s end, Tibet had closed its borders, and Nepal, previously inaccessible, had done the opposite. The first successful hike right to Mount Everest’s summit was achieved in 1953 by Edmund Hillary of New Zealand and Tenzing Norgay of Nepal. On 8 May 1978, Reinhold Messner (Italy) and Peter Habeler (Austria) made the first ascent without supplemental oxygen, using the southeast ridge route. On 20 August 1980, Messner reached the summit of the mountain solo for the first time, without supplementary oxygen or support, on the more difficult Northwest route. Everest is more than a mountain.  And the journey to its base camp is more than just a trek.it is a life time adventure.  Mount Everest , will always be one of the most famous landmark on Earth . 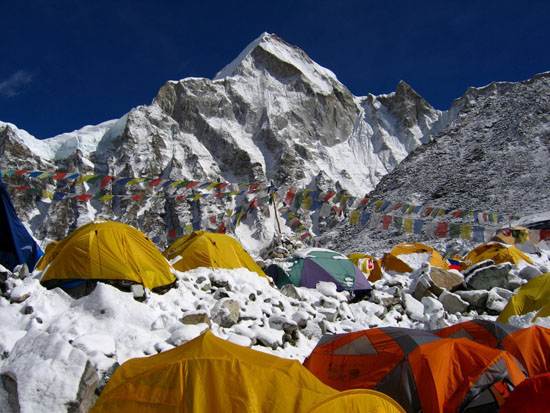 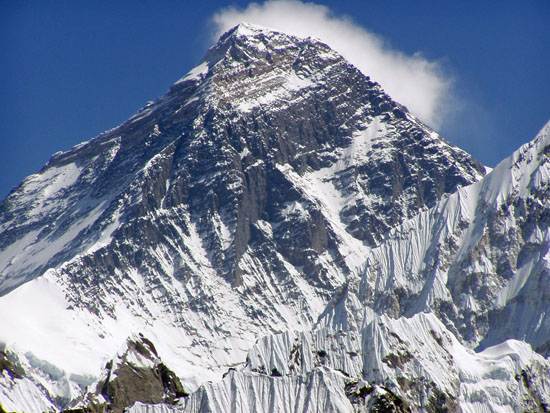 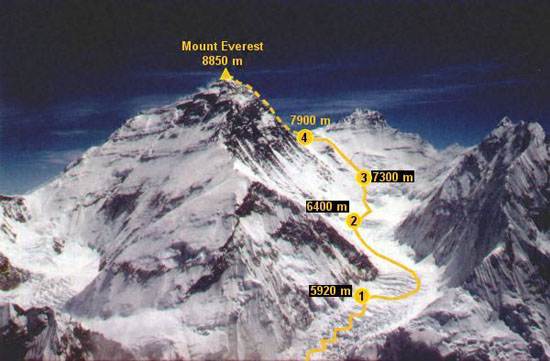 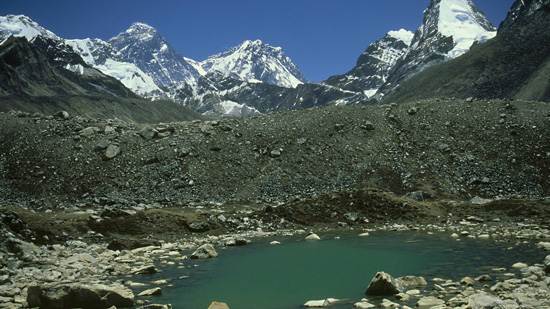 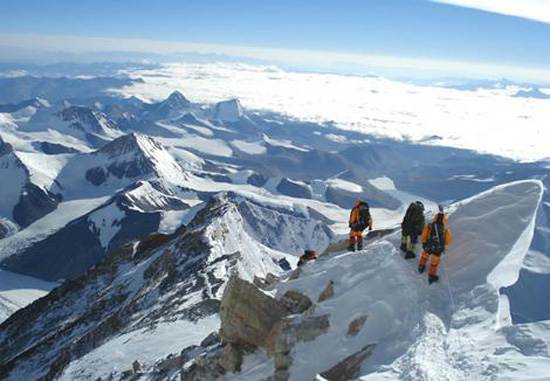 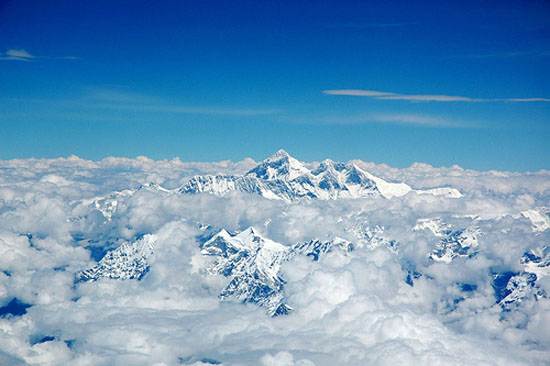 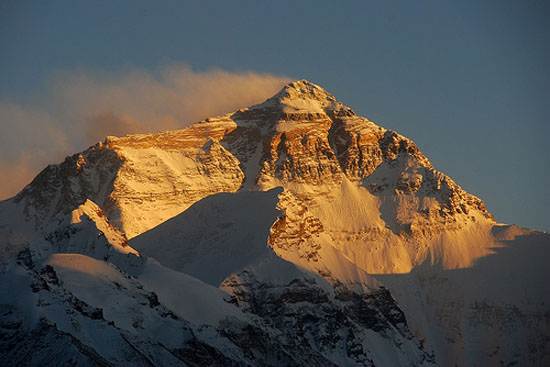 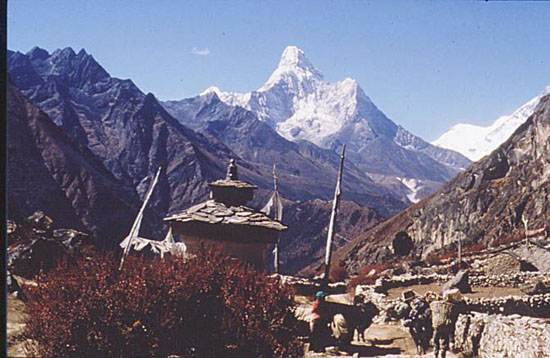 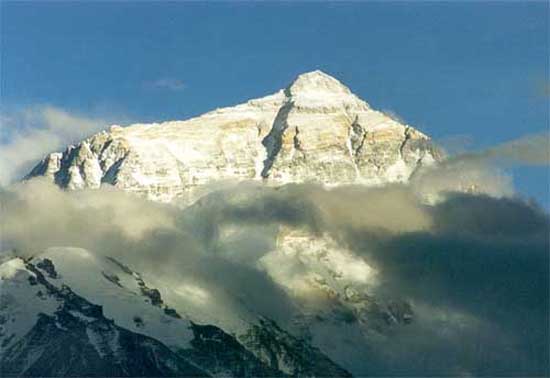 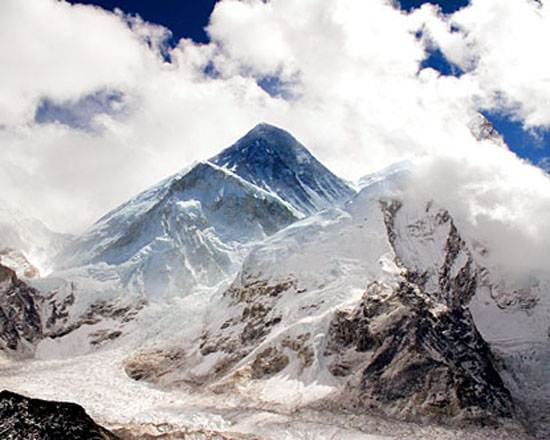 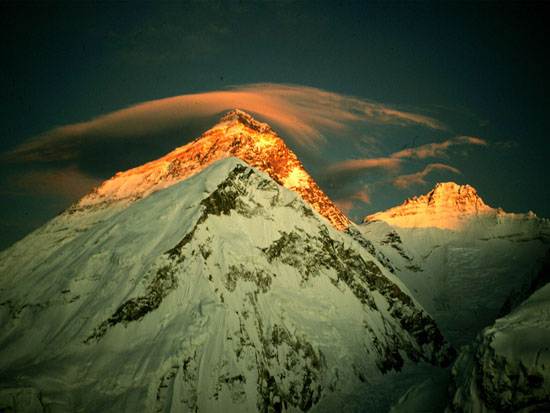 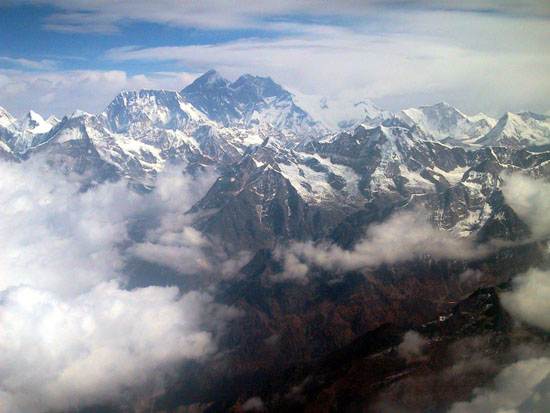 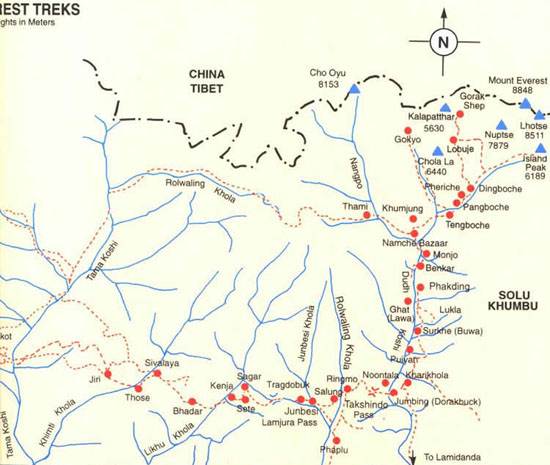 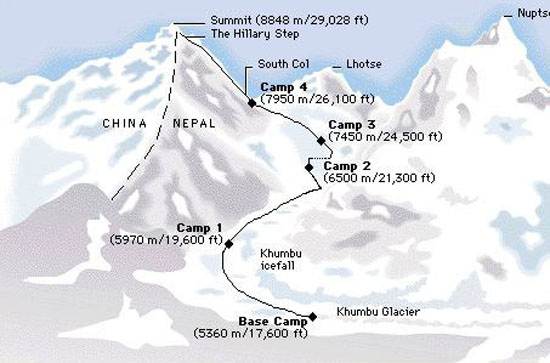 How to Make Paper Craft Ideas with PAPER CIRCLES for Children ‎