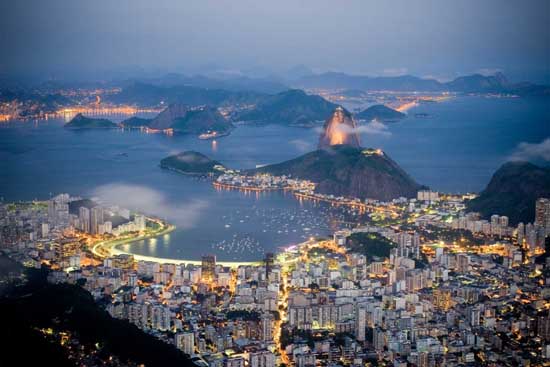 The Harbor of Rio de Janeiro (the original name is Guanabara Bay )is located in Brazil , is also known as Guanabara Bay The harbor of Rio de Janeiro is in fact a bay which spans an immense 88 miles in length. Created by erosion from the Atlantic Ocean has been around for millions of years, the majority of the city of Rio de Janeiro is spread across it. Rio de Janeiro Harbor, has been dubbed one of the Seven Natural Wonders of the World. Rio is a natural wonder because there are so many ways to look at the harbor and see different things. ‘Rio de Janeiro’ means ‘River of January’ in Portuguese; the name given to the area by the 16th century explorers when the Portuguese explorers who sailed down Brazil’s coast kept track of their discoveries, and the days of the year. On New Year’s Day, 1502, believing that they were sailing into a wide-mouthed river, rather than Guanabara bay. Now the bay is Guanabara Bay its original name called by the natives.

The Harbor is surrounded by gorgeous granite monolith mountains that include the famous Sugar Loaf Mountain at 1,296 feet (395 m), The other famous mountain is the Corcovado Peak at 2,310 feet (704 m), and the hills of Tijuca at 3,350 feet (1021 m). The area around the Harbor Rio de Jan also features islands such as the Fundao and Snakes Island.

The harbor is best seen on the tops of surrounding mountains, as The Corcovado peak and the Sugar Loaf. It is in the harbor which is the best, one can see the surrounding city , the mountains and the sandy beaches, which surround the harbor. The best time to visit the Harbor Rio de Jan would be September and October. 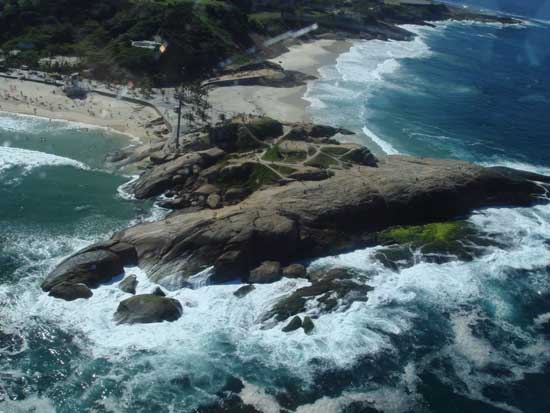 Amazing Home Decor Ideas To Inspire You for a Romantic Living