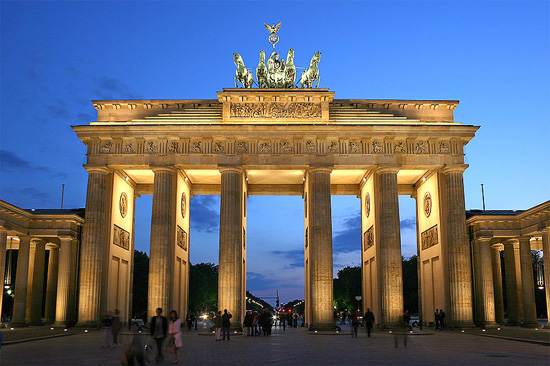 Traveling to Berlin, the capital of Germany and its largest city , the second largest city in the European Union,and the home to a multicultural population. Berlin was divided into east and west Berlin after the Second World War for almost three decades.  It is one of the most influential centers in European politics, culture and science and it is home to some of the world’s most prominent universities, research facilities .

Berlin is Full of history and culture, Berlin has a number of sites of religious interest, including several cathedrals, an important synagogue, cutting-edge modern architecture and world-class museums full of religious art and antiquities . 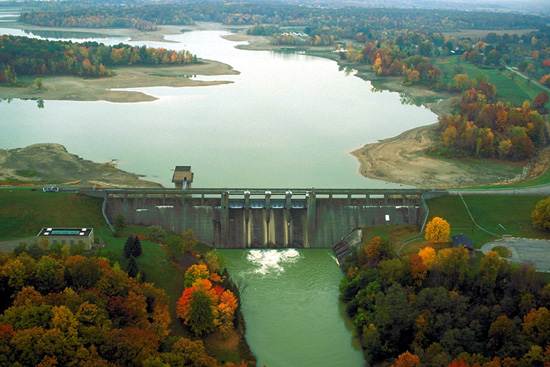 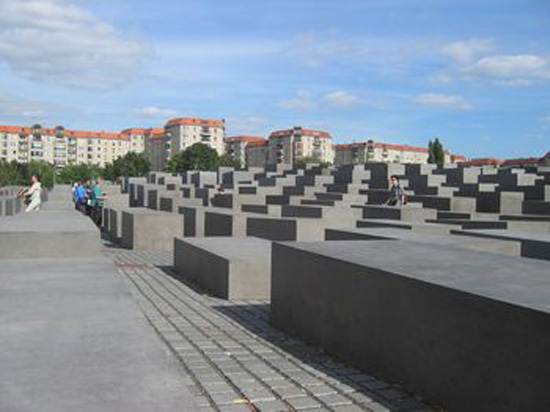 Berlin is Full of interesting traveling site but , the most famous monuments in Berlin are the Brandenburg Gate topped by its triumphal chariot, the Brandenburg Gate is the only gate remaining in a series of gates used to formally enter the city. Its construction was commissioned by King Frederick William II of Prussia, and was completed in the year 1791.

The Victory Column:
(is a favorite Berlin landmark based on a Greek sculpture.). was constructed to celebrate the military successes of Prussia over Denmark. 1864 to 1873, It was moved to its current location in 1938 by Nazi government. Today is the Victory column known as the central point of Love Parade that takes place every year around this monument. 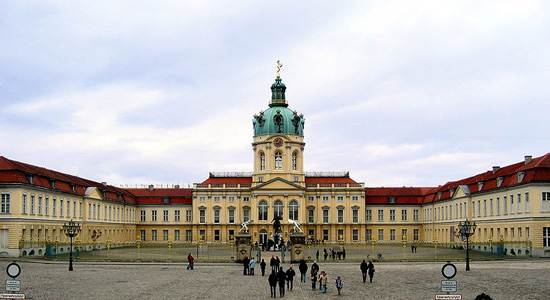 Charlottenburg Palace:
Is the largest palace in Berlin. The palace was built at the end of the 17th century and was greatly expanded during the 18th century. The building burned to the ground during the Second World War but has been completely reconstructed. 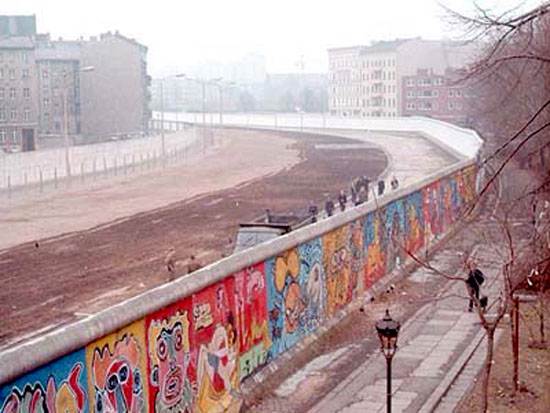 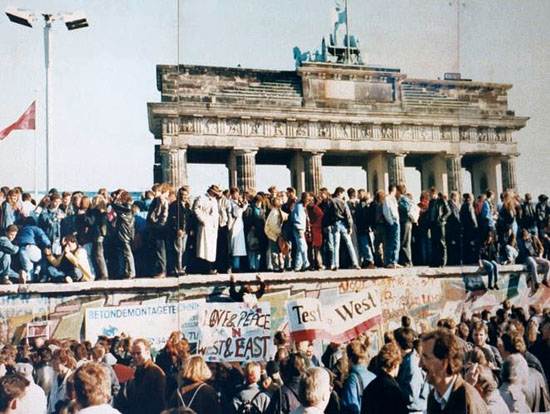 Remnants of the Berlin Wall:
The Berlin Wall was constructed in 1961 with construction beginning on August 13th. The purpose of the wall was to separate West Berlin from East Berlin and East Germany. The Berlin Wall fell in 1989, in response to a public who would no longer tolerate the restrictions placed on it . 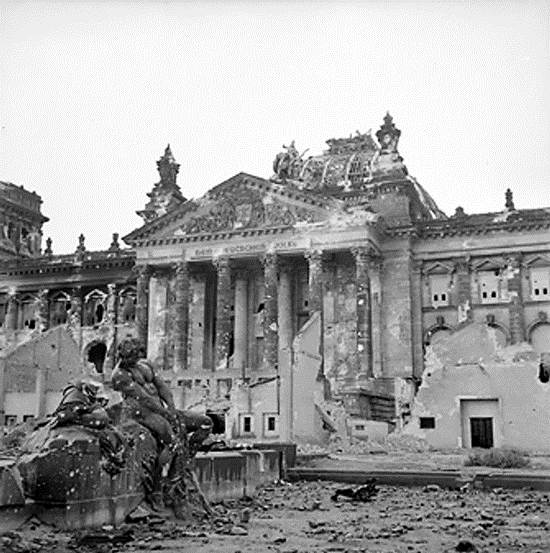 Known as the seat of the German Parliament, the Reichstag has sustained severe damages in the Second World War. The building that stands today is a result of two renovations, once in 1950s and another in 1990s. 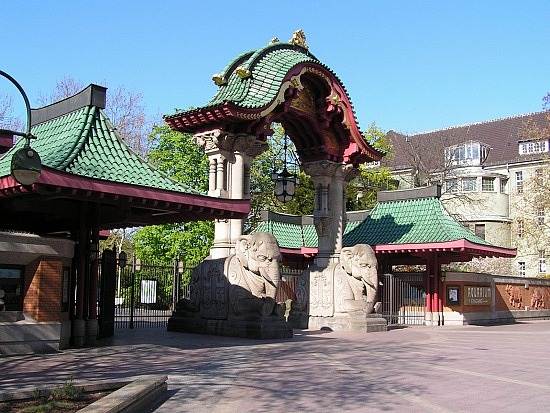 The Zoological Garden:
Is the oldest and best known zoo in Germany. Opened in 1844 The Berlin Zoo is the most visited zoo in Europe,a home to more species, from wild to domesticated animals, than any other zoo in the world. 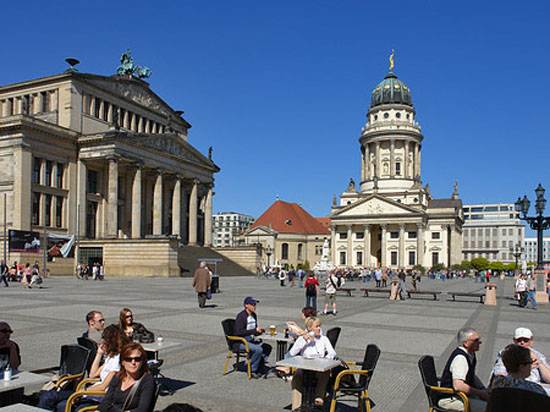 Gendarmenmarkt:
Is known as one of the most beautiful squares in Europe. It was created at the end of the 17th century as a market place, the Linden Markt. it has become a lively urban space with its frequent performances at the concert hall. 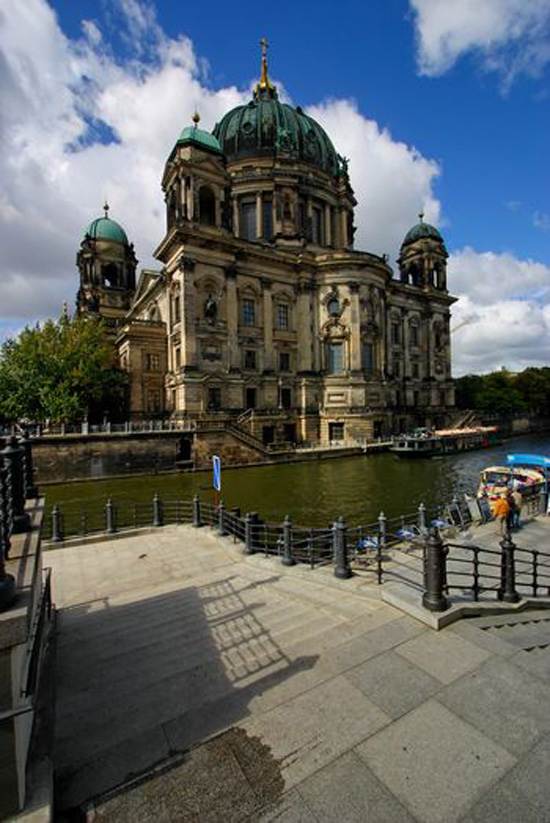 The Berliner Dom:
The Cathedral of Berlin is the largest church in the city, It is the parish church of the Evangelical congregation, and it serves as a vital center for the Protestant church of Germany. built between 1894 and 1905. It is located on an island in the river Spree, also known as the Museum Island. 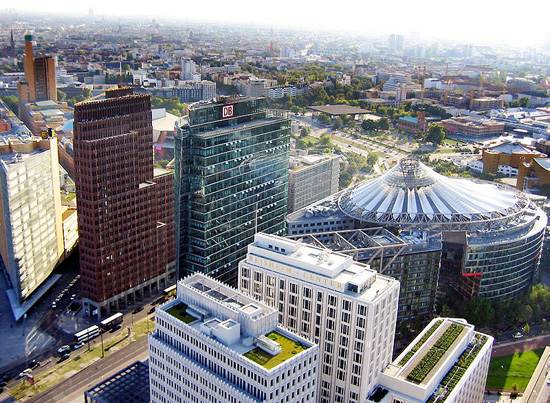 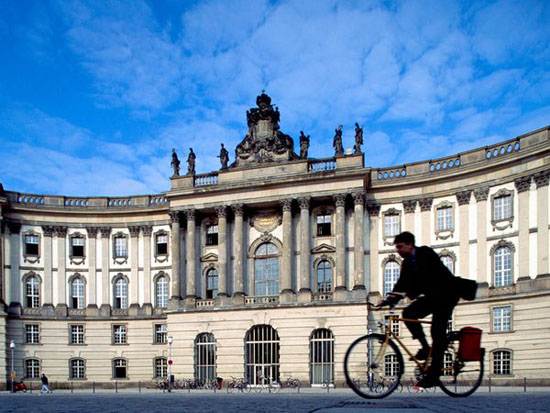 Berlin’s Alte Bibliothek—Old Library—on Bebelplatz. Built in the late 1700s to house the Royal Book Collection, the library was almost destroyed in 1945, and rebuilt in the 1960s. This traveling site (German capital) is home to more than 150 museums, 50 live theaters, and three opera houses. Religious and secular festivals dot the calendar throughout the year. Berlin is also a place of incredible beauty in its forests, rivers, historical sites.and with nightlife options that run from Russian disco to French burlesque nights and English-language.

Easter Holiday Gift Ideas for Her