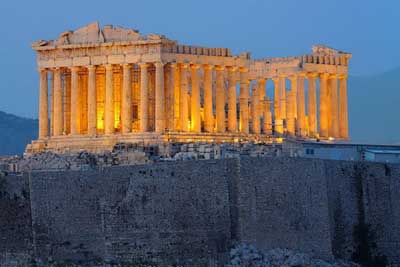 If you from Europe or any other part of the world, you may enjoy an amazing place in Europe. You couldn’t find more beautiful country than Greece. Greece is a country in southern Europe. To make it easier my advice is to go to Athens. Athens is the capital and largest city of Greece which has a unique place in the history of Western Civilizations and is considered the historical capital of Europe it defines our image of ancient Greece.

Athens has been a destination for travelers since antiquity. Over the past decade, the city’s infrastructure and social amenities have improved. The Greek government aided by the EU, has funded major infrastructure projects such as the state of the art Eleftherios Venizelos International Airport, the expansion of the Athens Metro system, and the new Attiki odos Motorway.

Attica region: Athens dominates the Attica region an historical region; one of the world’s oldest cities that encompasses the city of Athens.

The Acropolis: The most recognizable tourist attraction in Greece is the Acropolis. This UNESCO World Heritage Site represents the ancient city of Athens. This is a great place to start your Athens sightseeing.

The Agora: The Agora, sometimes known as the Forum of Athens, the marketplace and civic center, was one of the most important parts of an ancient city of Athens, gives an insight into the everyday life of the ancient Greeks.

The Gigantic Temple of Olympian Zeus: Though only a few columns remain of the gigantic Temple of Olympian Zeus, it is also worth a stop on your tour of Athens. Originally there were 104 Corinthian columns of which only 15 remain standing. Temple of Zeus was dedicated to the king of the Olympian Gods, Zeus, in the 6th century BC. The temple was not finished until the Emperor Hadrian completed in 131 AD, seven hundred years later, it was the largest temple in all of Greece.

The museums: For knowing Athens culture you may visit the museums in it. Recently, enormous effort made by the Greek state of renovating its archaeological museums and reorganizing their exhibits has been immensely successful. Many of the Athens Museums are among the key examples of this, such museum are as the National Archaeological Museum, the Benaki Museum and the Numismatic Museum. It’s hardly a secret that Athens has some great archaeological museums…
The National Archaeological Museum : It was built in the late 1800s, is the largest archaeological museum in the country and one of the most important international as it contains important collections of art from Prehistoric down to late Roman times and a vast collection of antiquities. Among the most important exhibits are the wall paintings of Santorini, the Death Mask attributed to Agamemnon, ancient kouroi and kores, numerous Classical sculptures. Recently, an Egyptian collection, considered to be one of the most important worldwide, has been added.

The Benaki Museum:with its several branches for each of its collection includes finds from Ancient to early 20th century Greece, as well as historical relics, folk art, Zantine – ottoman -era and a sizeable archive. 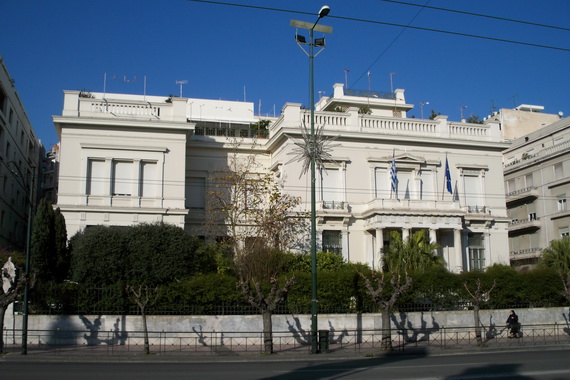 The Numismatic Museum:is housing a major collection of ancient and modern coins; of 600.000 coins, from antiquity to modern era, which is considered one of the most important worldwide. 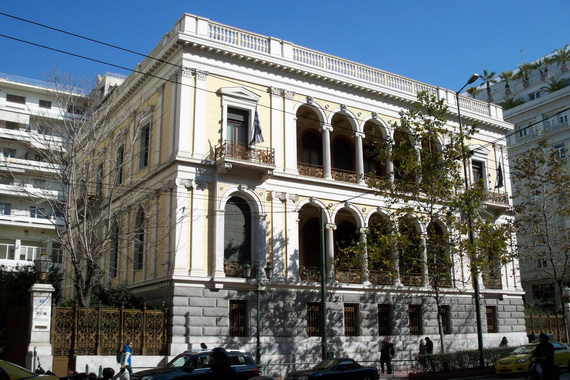 Panathenaic Stadium: No Athens tour would be complete without a visit to the birthplace of the modern Olympic Games in 1896. Panathenaic Stadium was built in BC 566 – 329 BC in honor of the Goddess Athena. It has been restored twice, still used for sporting events and music concerts, making it the most ancient stadium in use in the world and its capacity is 70.000 spectators.

Parnitha National:After a hard day of Athens sightseeing, consider a visit to the capital’s most charming entertainment neighborhood visits. Athens has a lot of places to visit for entertainment and knowing a new culture. For entertainment you may go to Parnitha National. It is a park punctuated by well-marked paths, gorges, springs, torrents and caves dotting the protected area. Also Hiking and mountain are popular outdoor activities for residents of the city. Zoos in Athens are amazing. The largest zoo is the Attica zoological Park, a 20 hectare private zoo located in the suburb of sparta. The zoo is home to around 2000 animals representing 400 species, and is open 365 days a year. Smaller zoos exist within Public gardens or parks, such as the zoo within the National garden of Athens.

Athens is a perfect place for tourism. It has beautiful views and places for entertainment. Enjoy your holiday their and determine a new culture.

Ellos – Anticipating The Holidays Is A Feeling All Its Own

30 Creative Ways to Decorate a Pumpkin with Ribbon