The Niagara Falls are voluminous waterfalls on the Niagara River, one of the most famous spectacles in North America. Straddling the international line border between the Canadian province of Ontario and the U.S. state of New York.

Niagara Falls were formed more than 10,000 years ago as a result of glaciers receding at the end of the Wisconsin glaciations (the last ice age), and water from the newly-formed Great Lakes, channeled through the mighty Niagara River to a spectacular destination. The depth of the Niagara River below the “Horseshoe” Niagara Falls is 187 feet or about 60 meters. The grandeur of the falls, Niagara Falls are one of the most powerful waterfalls in North America. And the second in size only to Victoria Falls in southern Africa. Although the Niagara Waterfalls are not exceptionally high, they are very wide. Their length of brink is 1060 feet while their height is 176 feet. These waterfalls are the second largest waterfall in the world,and one million gallons of water every two seconds, from four of the Great Lakes is funneled into the fifth one, at Niagara Falls city. One of the oldest and best known tourist attractions at the Niagara Falls and one of the world famous attraction , rich in history and offers a variety of views of the falls from land at various levels is the boat cruise called “Maid of the Mist Cruises” which have carried raincoat-garbed passengers into the giant whirlpools beneath the falls since 1846.and named after an ancient Ongiara Indian mythical character.
Believe it or not:
In March 1848, ice blockage caused the falls to stop; no water (or at best a trickle) fell for as much as 40 hours.
In 1912 much of the water coming over the American Falls froze, though there was still a trickle . 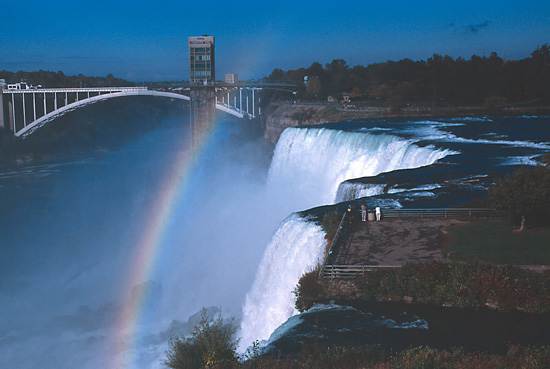 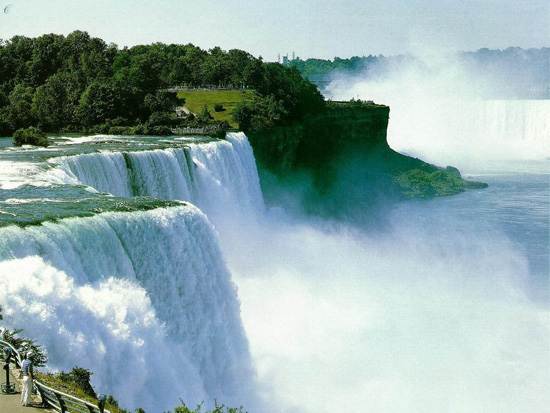 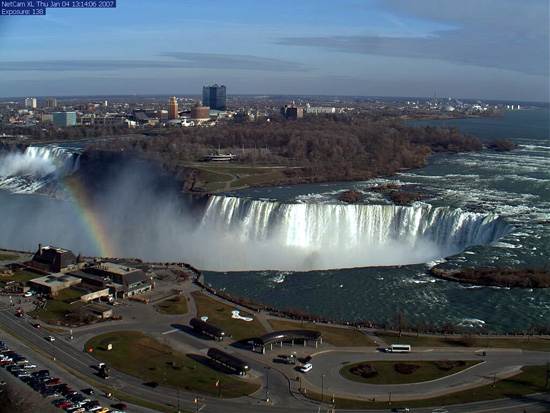 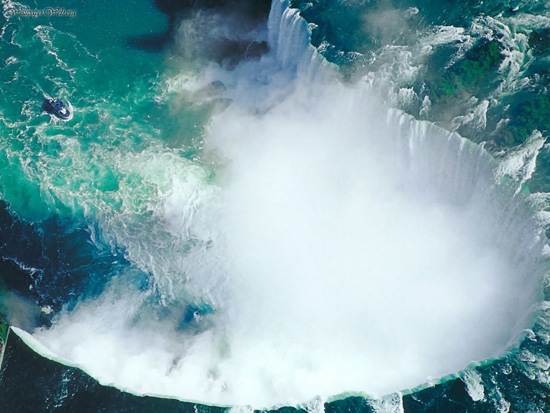 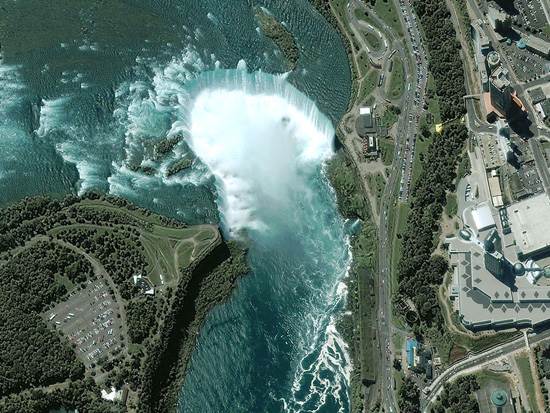 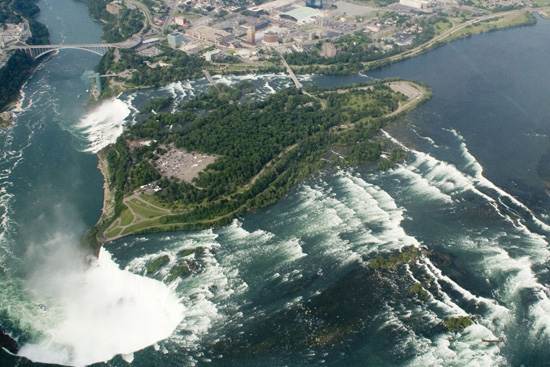 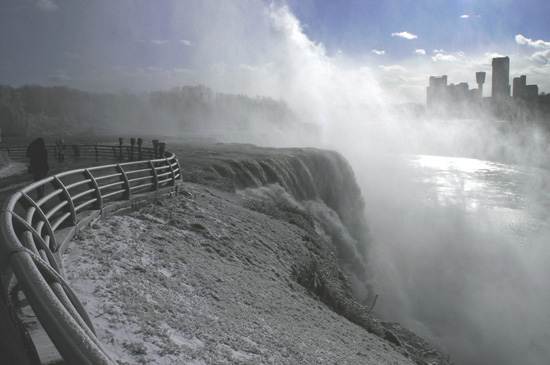 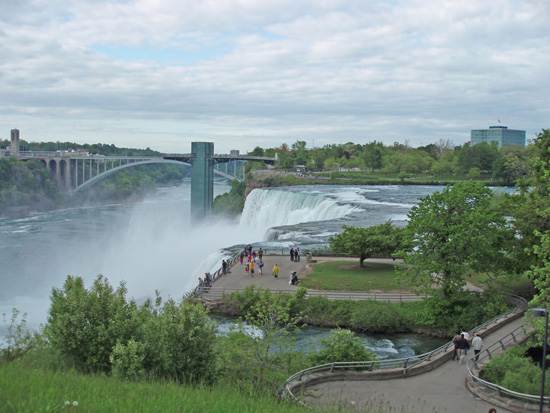 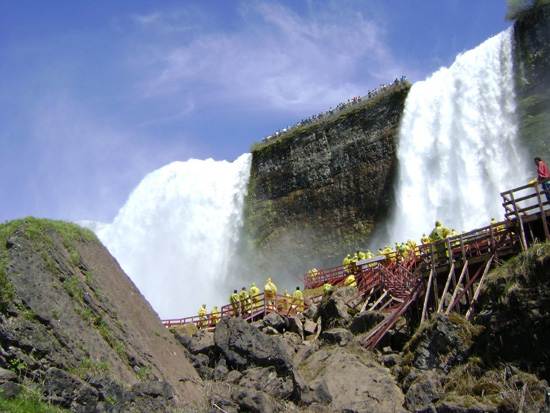 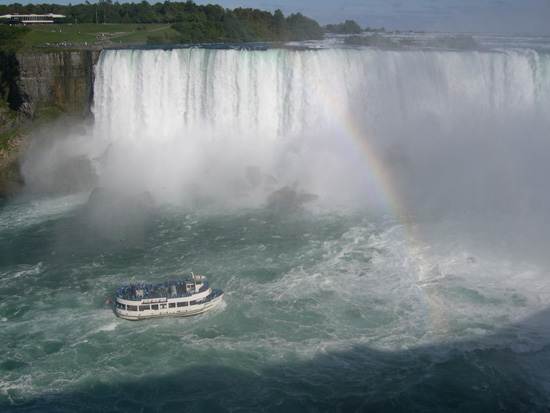 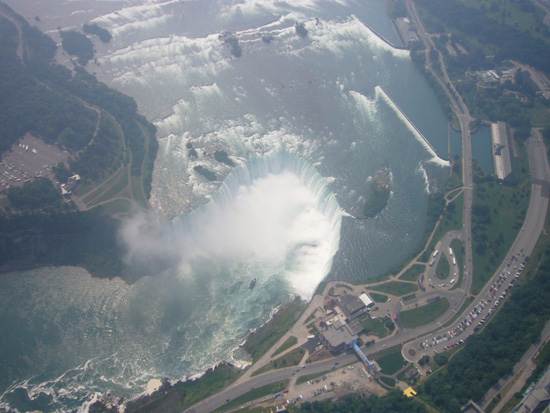 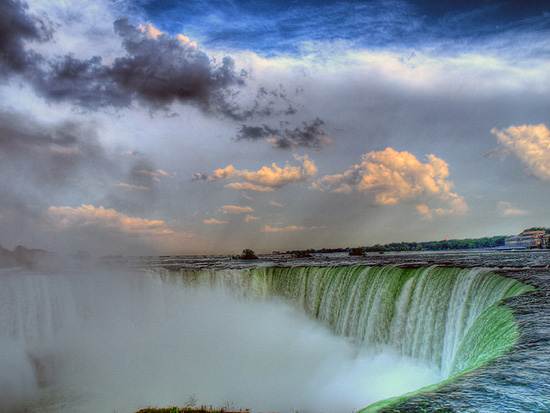 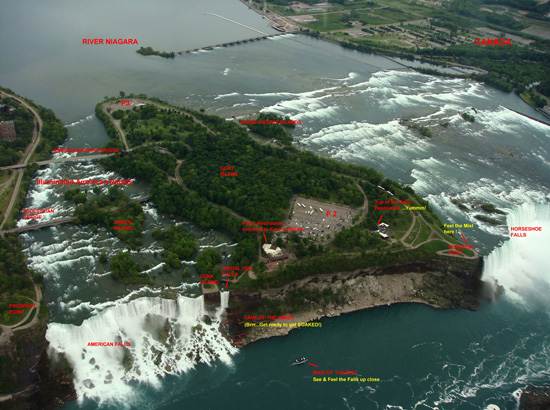 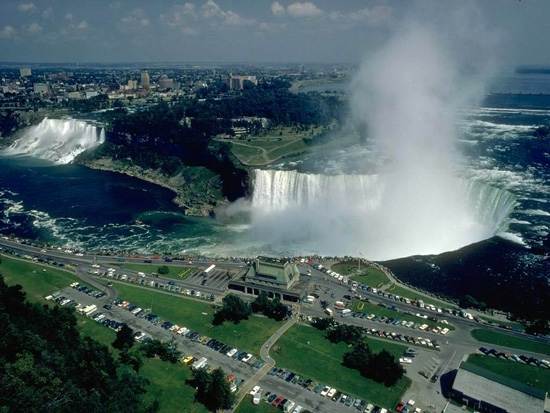