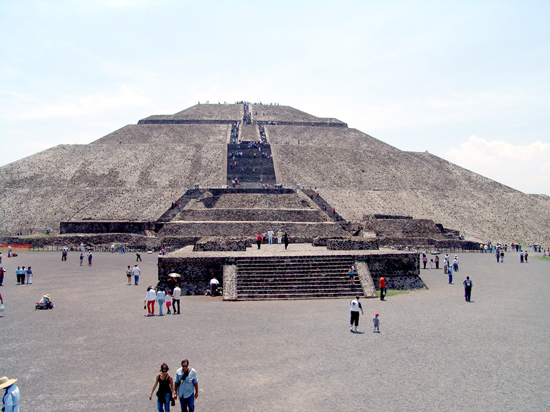 Traveling to Mexico where Teotihuacan is the most visited archeological complex of Mexico. This ancient site of Teotihuacan is a sacred site, A few miles northeast of Mexico City in Mexico. This is a very traveling  popular site to visit from the city, as these ruins are among Mexico’s most remarkable, as well as some of the most important in the world and was the largest city in Mesoamerica during Pre-Columbian times.

This traveling site,Teotihuacán was built about 300 AD and is characterized by enormous monuments that have been carefully laid out, based on symbolic and geometric principles. 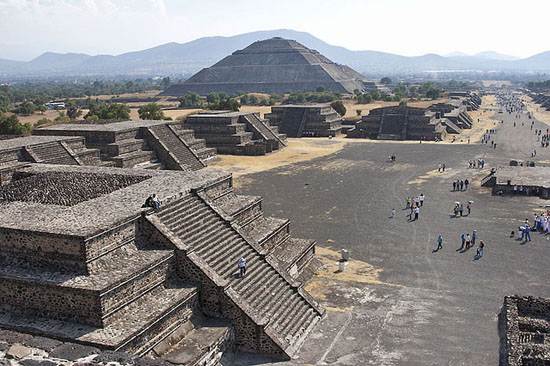 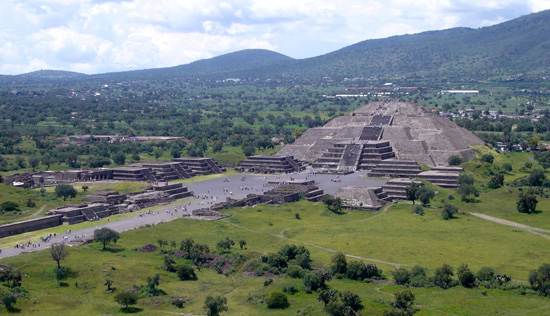 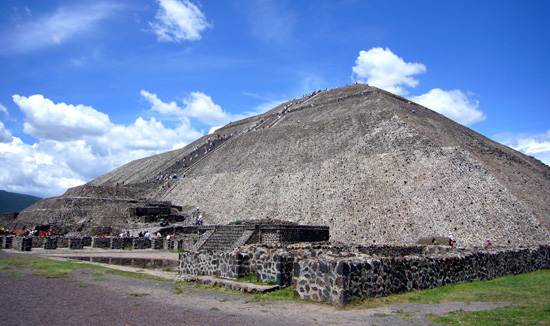 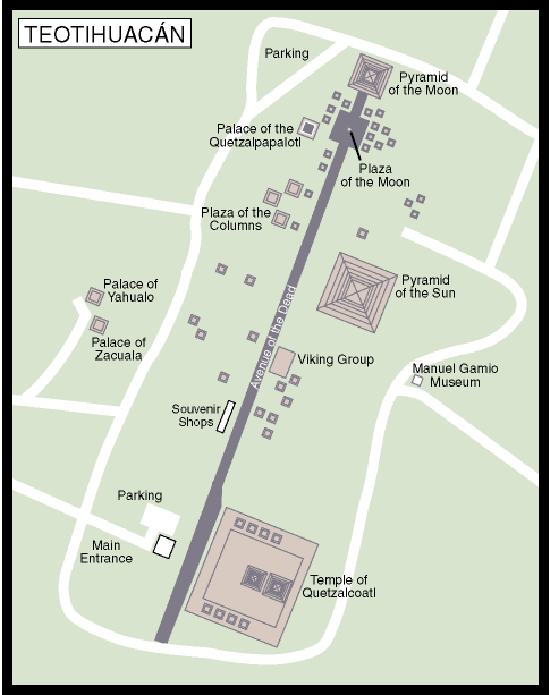 The original name of the place is unknown. Its current name Teotihuacan – ‘the place of the gods’ – was given to it by the Aztecs long after the city’s decline and abandonment. Teotihuacán remained a pilgrimage site for Aztec royalty, who believed that all of the gods had sacrificed themselves here to start the sun moving at the beginning of the ‘fifth world, ’ inhabited by the Aztecs. Teotihuacán was Mexico’s biggest ancient city and the capital of what was probably Mexico’s largest pre-Hispanic empire. The city is composed by many structures; burn there is five main elements: The Avenue of the Dead, the Pyramid of the Sun, the Pyramid of the Moon, the Ciudadela and the Feathered Serpent Pyramid. 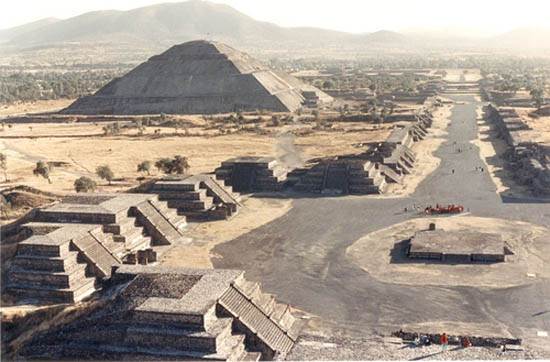 The Avenue of the Dead:

Is the main avenue of the city; it leads from the Moon Square to the Ciudadela, from north to south, dividing the city into two zones. The avenue is surrounded by wonderful ceremonial buildings such as the Pyramid of Sun and Pyramid of Moon. 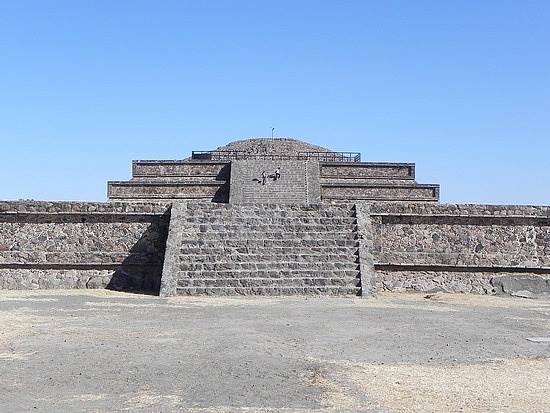 Pyramid of the Sun:

The Pyramid of the Sun: is positioned on the Avenue of the Deed’s east side, is the 3rd biggest pyramid in the world (surpassed only by the Great Pyramid of Cholula and the Great Pyramid of Cheops in Egypt and the largest pyramid that has been restored in the Western Hemisphere whose base is nearly equal in size to that of the Great Pyramid of Egypt. The first part of the Pyramid was built about 100 BC, being completed 400 years later it’s a worthwhile 248-step climb to the top. It was originally composed by four stepped platforms a terraced platform and a superimposed temple; unfortunately the uppermost portion of the structure was totally destroyed. By the time the excavation and reconstruction of this monument began at the beginning of the XX century by Leopold Bates, the temple had disappeared, and the pyramid was just a mass of rubble covered with bushes and trees. 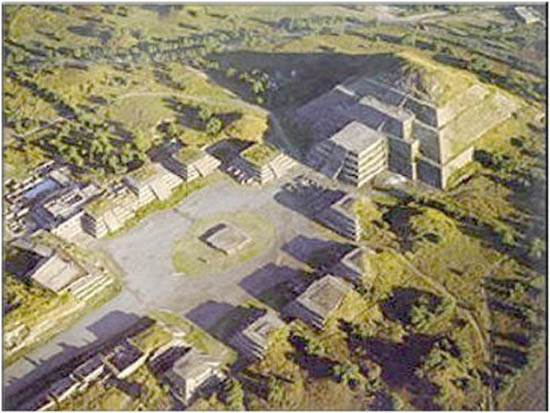 View of the Avenue of the Dead (center) and Pyramid of the Sun (left) from the Temple of the Moon, Teotihuacán.

Dozens of other pyramids are situated on either side of the mile-long ‘Avenue of the Dead ‘However, all these structures are only a small part of the site as it once stood. 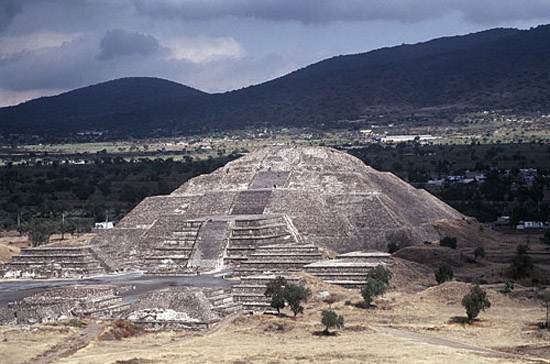 Pyramid of the Moon, Teotihuacan, Mexico

The Pyramid of the Moon :

Smaller than the Pyramid of the Sun, but appears to be the same since it is built on higher ground, located at the northern end of the Avenue of the dead. This Pyramid dates from 200 AD this pyramid seems to have been built in a pattern to reflect the sacred Cerro Gordo Mountain to the north. 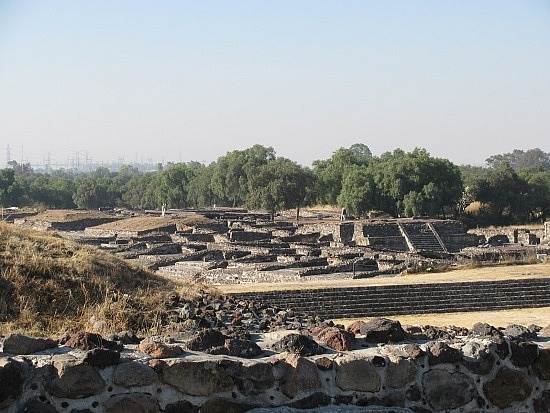 Is a great square surrounded by several temples. It believes that the Ciudadela was the religious and political center of Teotihuacan. The Ciudadela contains the Feathered Serpent Pyramid, a stepped pyramid which is one of the most impressive structures of the complex. It is dedicated to the Feathered Serpent or Quetzalcoatl one of the most important gods of the Mesoamerican culture. 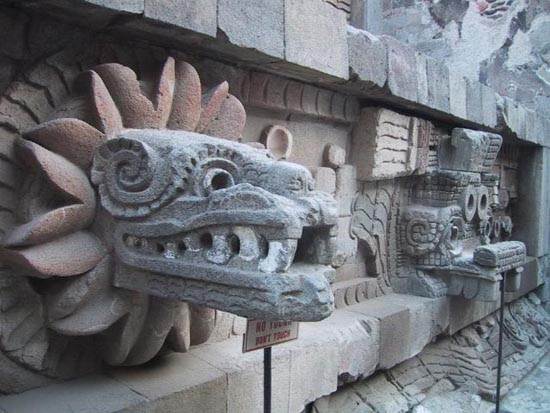 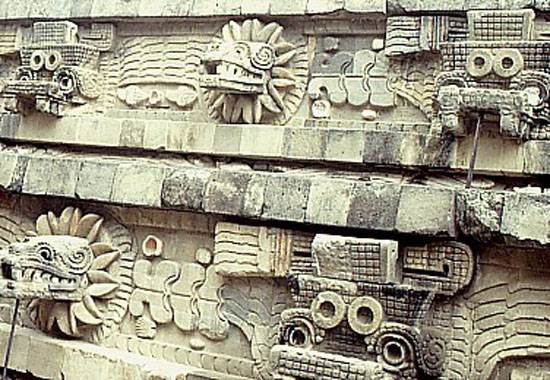 The Temple of Quetzalcoatl (the Feathered Serpent Pyramid.):

Is one of its most monumental structures, located in the center of the area but not large as the Pyramids of the Sun and Moon and boasts its fine decoration and lavish offerings. The front of the temple has large, finely carved serpent heads that jut out from feathered collars that are carved into its stone walls This temple has a pyramid built on top of it called the Feathered Serpent Pyramid, where over 200 ceremonially buried warriors’ skeletons have been found by archaeologists. 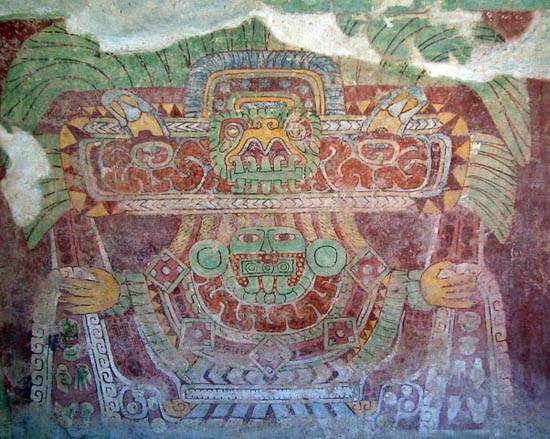 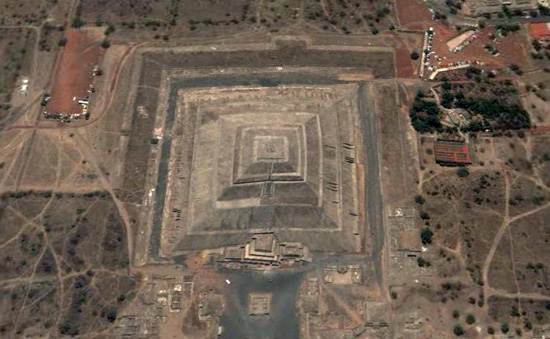 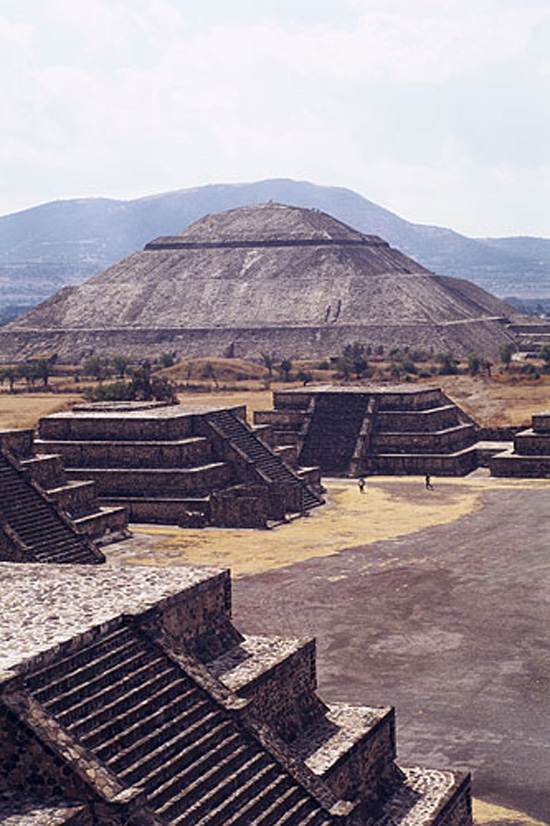 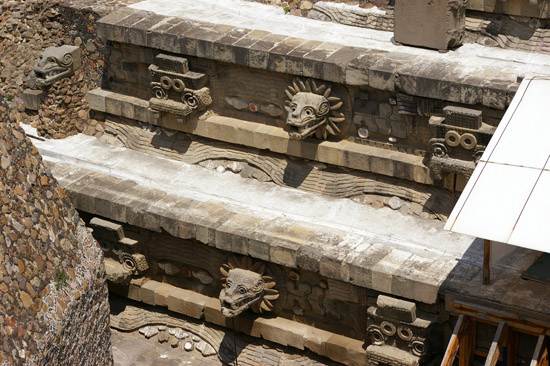 Stylish Ideas for Autumn from Artwood