This traveling site ,Singapore was one of the first newly industrialized countries, between the early 1960s and 1990s.

Being close to the equator, having a very tropical climate,, Singapore is main island with 63 surrounding islets of which just over twenty are inhabited . Singapore is one of the cleanest cities in the world .
Singapore is a small island off the coast of Malaysia with a population of more than 4.48 million, second in density only to Monaco. 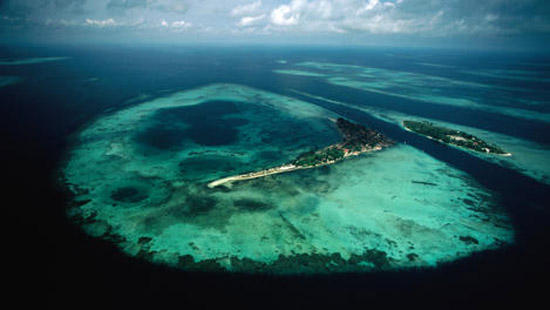 Singapore City is the country’s capital. The Port of Singapore is a major world port.
Its compact size belies its economic growth. In just 150 years, Singapore has grown into a thriving centre of commerce and industry. The island has no natural resources except for its location on the trade routes between East and West and the geography which has given it one of the world’s finest deep harbours.

When the Suez Canal opened in 1869, shortening the voyage time to the East, Singapore’s growth rapidly increased. 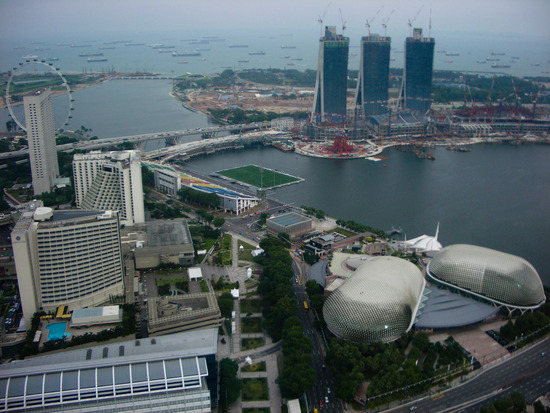 Singapore is the fifth  richest country in the world. And the world’s fourth leading  financial center ,and a cosmopolitan world city, playing a key role in international trade and finance and one of the world’s top traveling destination.

Singapore being an immigrant country and becausse it is one of the most stable societies in Asia,it contains a mixture of cultures , multi-racial, multi-religious and multi-lingual primarily from China, Malaysia, Indonesia, India, and Europe united in the common effort to keep Singapore a prosperous place.

There are many things to see and do in Singapore. 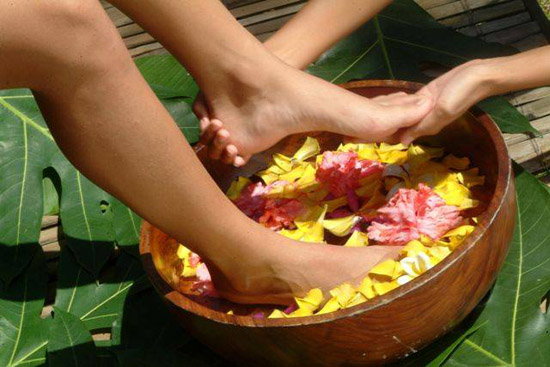 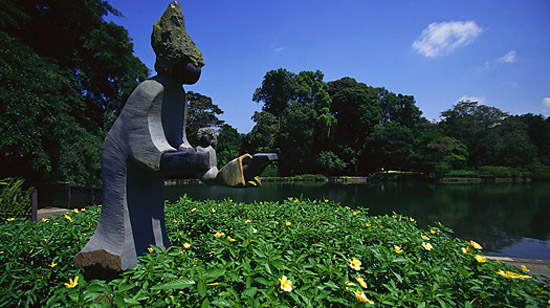 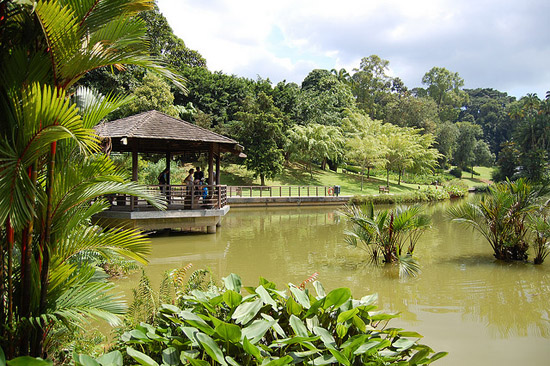 The Singapore Botanic Gardens:
Spread over 52 hectares and close to the centre of the city.
Is the oldest remnant of rainforest in Singapore , the Gardens is a combination of untouched primary forest and specialty gardens displaying frangipanis, roses, ferns and desert plants, to name a few.
More than 50% of the species in this patch of rainforest represent plants that are rare in Singapore.

Asian Civilizations Museum:
Is an institution which forms a part of the three museums of the National Museum of Singapore Set along the Singapore River, Housing cultural artifacts and remnants of the major Asian civilizations, focuses on Asian heritage.

The wildlife of the island is now limited to smaller animals such as wild cats, flying squirrels, monkeys, lizards and snakes. There are around one hundred species of birds and some four hundred types of butterflies. The larger mammals such as tigers and bears have been wiped out. 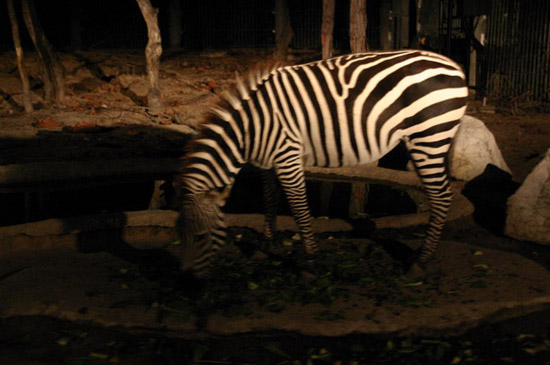 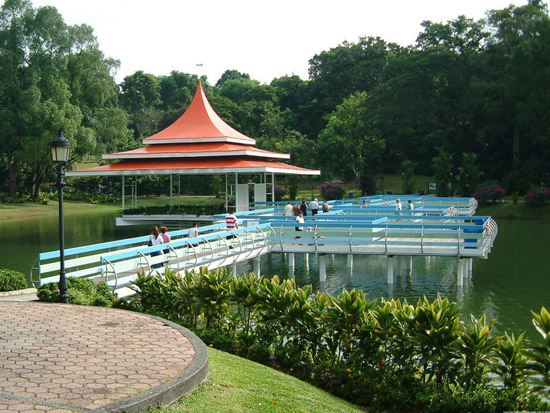 Mac-Ritchie Reservoir :
Is Singapore’s oldest reservoir. The reservoir was completed in 1868 it serves as a gateway to the nature reserves. It has become a popular spot for nature lovers and exercise enthusiasts. Rubber trees, remnants of the plantations there in the 19th century, can still be seen along the fringes around Mac-Ritchie. 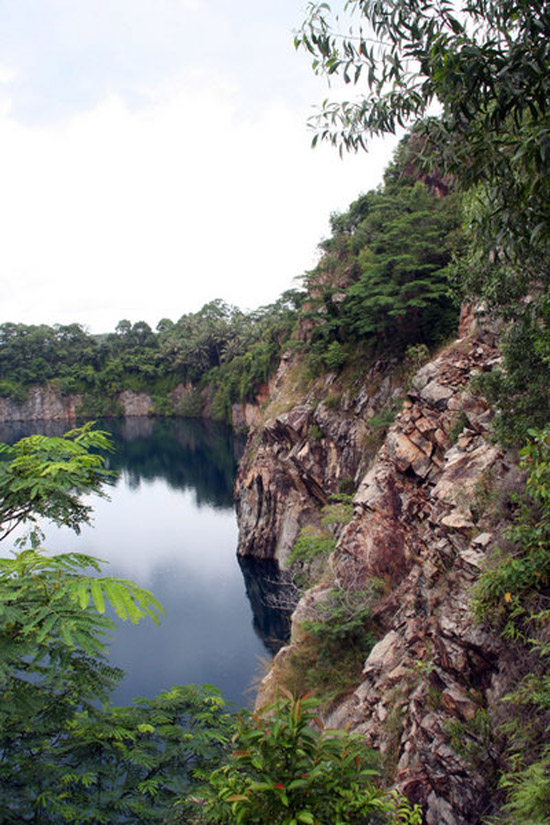 Pulau Ubin: (Granite Island):
Is a small islandone of the last rural areas to be fou. The 1020-hectare island was once a cluster of five smaller ones separated by tidal rivers,
The granite from Pulau Ubin was used in the construction of Horsburgh Lighthouse. in 1850 and 1851. nd in Singapore, with an abundance of natural flora and fauna. the island has been known for its granite. 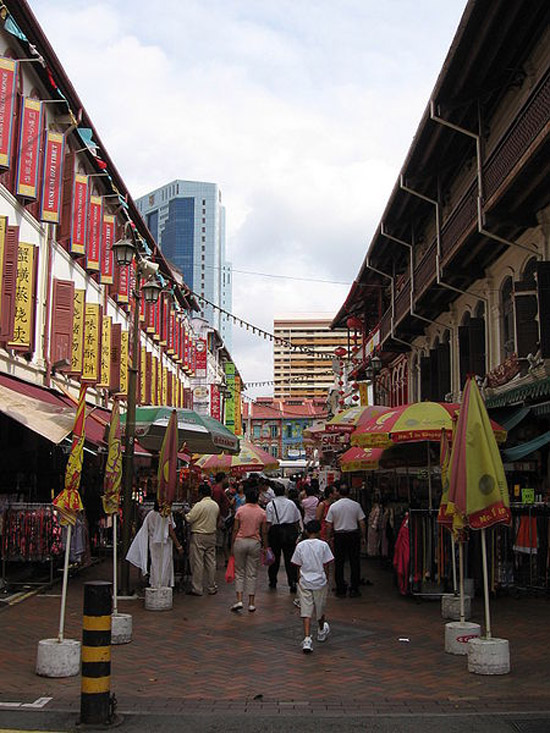 located at South Bridge Road. Evolved around 1821.
The idea of a Chinese Town was first conceived by Sir Stamford Raffles, who is the founder of Singapore.He developed a plan to group the Chinese immigrants from China together for work and housing.
Chinatown is full of contrasts and fascinating details. During Chinese New Year, the whole of Chinatown is lit up and buzzes with activity as stalls sell a variety of festive goods. 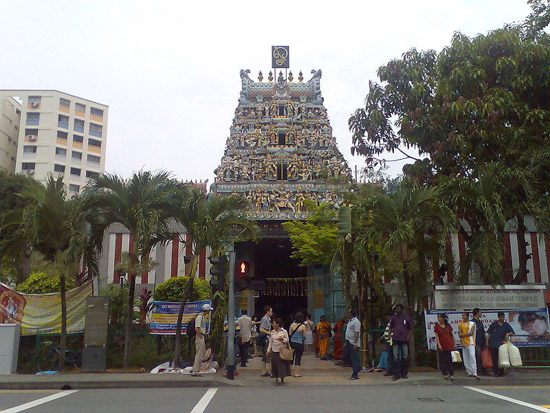 Little India:
is an ethnic neighbourhood found in Singapore that has Tamil cultural elements.
The first Indian settlers in Singapore arrived with Sir Stamford Raffles as assistants and soldiers back in 1819. In the late 19th century.
Today, Little India is the focal point of Singapore’s Indian community. Colourful temples co-exist side by side with churches and mosques. 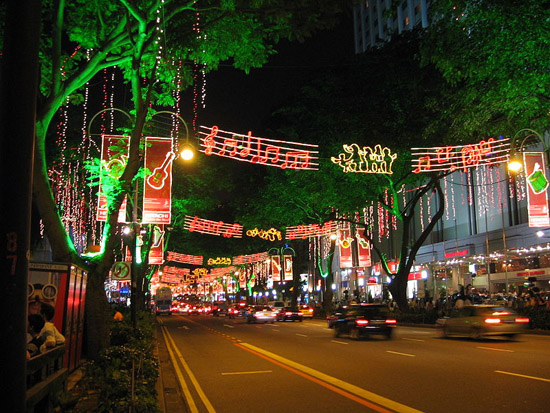 Is the main shopping street of Singapore, Orchard Road supposedly got its name from the orchards and plantations that existed in the area since the 1830s until the turn of the 20th century, central shopping area is concentrated on Orchard Road. everything that is desired can be found in these shopping centers. 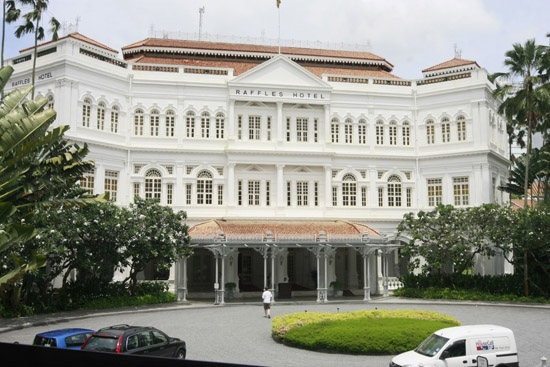 The Raffles Hotel found in Beach Road, Singapore. Was bulit in 1887 by four Armenian brothers and named after Sir Stamford Raffles, the founder of Singapore, The hotel also houses the Raffles Hotel Museum, which displays the rich history of the hotel. 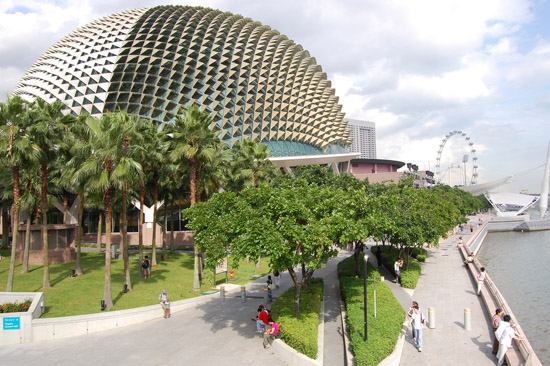 The Esplanade (Theatres by the Bay):
Is a waterside building that can be found near the Singapore River. built to be the centre for performing arts for the island nation of Singapore,what gives the Esplanade that magnificent look on the outside is the Jendela, meaning window. 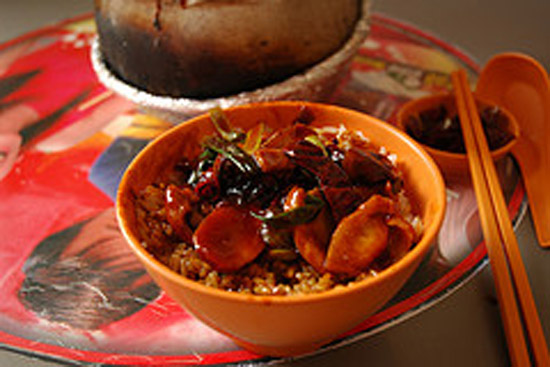 Food:
Singapore’s multicultural identity is seen in the food of the city state .
Food has been considered as one of Singapore’s attractions by the Singapore Board of Tourism , with the influences of China, India, Malaysia and Indonesia all found in the local cuisine.
Tourist have so much for choice, for things to see and do, and in terms of vibrant nightlife, its rich cultural mix, and a whole planet’s worth of culinary experiences. 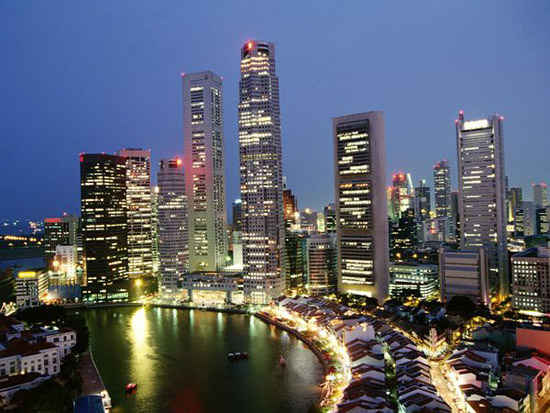