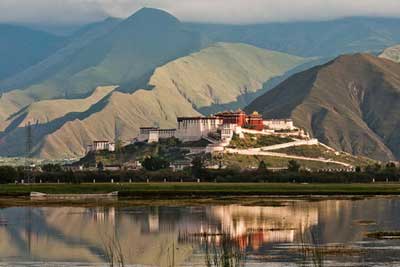 Potala Palace “Sacred Palace on Plateau”symbolizes Tibetan Buddhism and its central role in the traditional administration of Tibet. Potala Palace is a model of Tibetan architecture known as the winter palace of Dalai Lama or the house of treasure of the Tibetan history, religion, culture, and art.

Potala Palace was named after a holy hill Mount Potalaka in South India meaning “Abode of Chenresig or Avalokitesvara (Buddha of Mercy).” It is the highest ancient palace in the world Situated on the Red Hill of central Lhasa Tibet, reaching 3,767.19m above the sea level at the topmost point and covers an area of over 360,000 square meters. Potala Palace is one of the most famous ancient architectural complexes in the world.

The Potala Palace was first built in the 7th century by the Tibet king Songtsan Gambo for his bride, the princess Wen Cheng of Tang dynasty (618B.C. – 907B.C.) of China. Later, with the collapse of the Songtsen Gampo Dynasty, the ancient palace was burned to the ground during a war and the structure was rebuilt in the 17th century by the Fifth Dalai Lama. What we see at present is the architecture of the Qing Dynasty (1645B.C. – 1911B.C.) due to several repeated repairs and expansions. 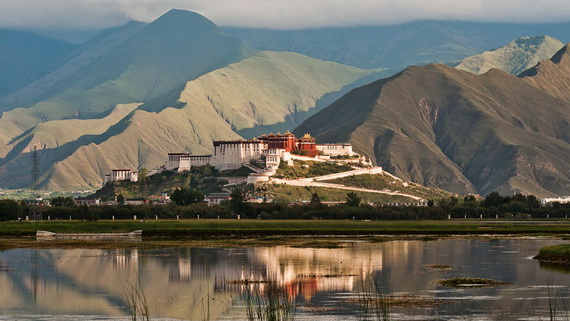 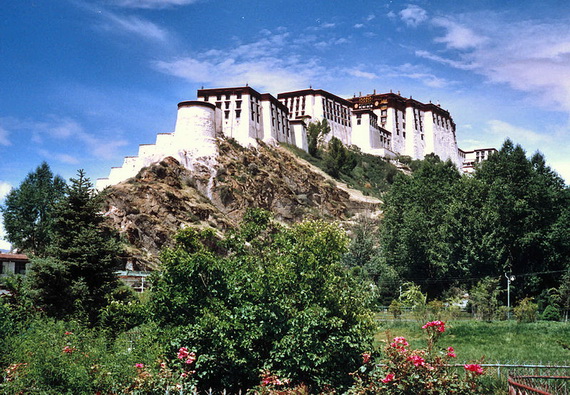 The stone-and-wood- complex structured Potala Palace consists of 2 main parts with their ancillary buildings: the Red palace as the center and the White palace as two wings. Potala Palace has 999 rooms. The White Palace or Potrang Karpo comprising halls, temples and courtyards, once served the residence of the various generations of the Dalai Lama and a place for keeping the remains of successive Dalai Lama; handling political, religious affairs and making up the living quarters of Dalai Lama. Its wall was painted to white to convey peace, calmness, togetherness and quiet. The Red Palace or Potrang Marpo its main building has 13 storys with 117 meters in height, and an area of 410,000 square meters. It includes various chambers for worshipping Buddha and is completely devoted to religious study and Buddhist prayer. The Red Palace chambers houses the eight holy stupa that contain the remains thirteenth Dalai Lama. Among the first and the most magnificent stupa belonging to the 5th Dalai Lama is the biggest. It is 14.85 meters tall and inlaid with pearl, jade and the gold used to overlay this stupa. It was painted to red to represent stateliness, signifies power and dignity.

3-The walls of the Red Palace. 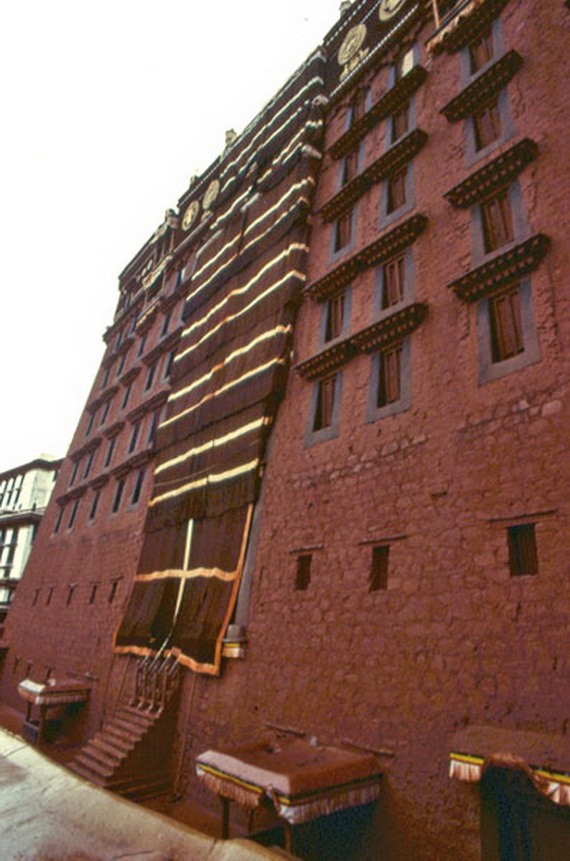 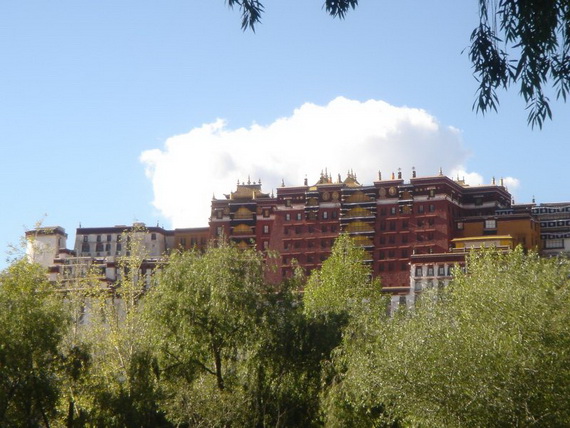 5-View of the Potala from the side. 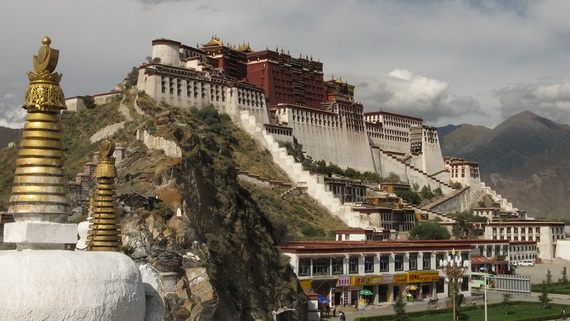 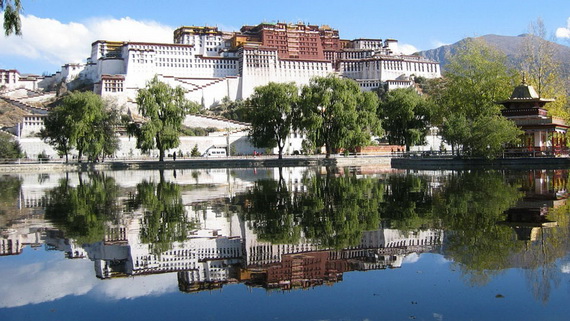 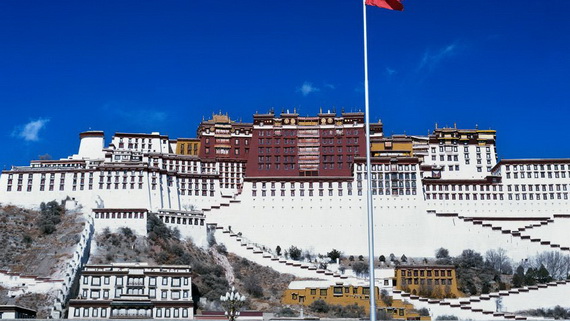 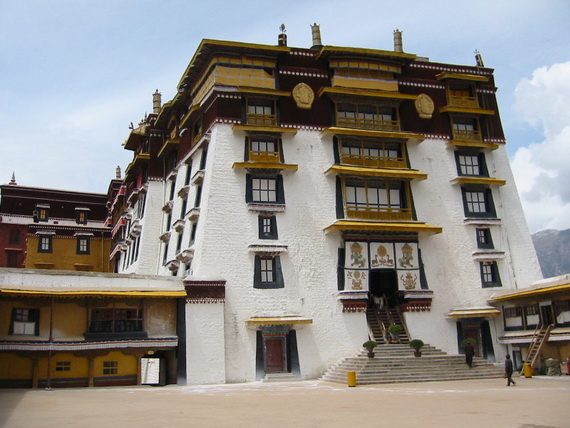 9-View of the Potala from the side. 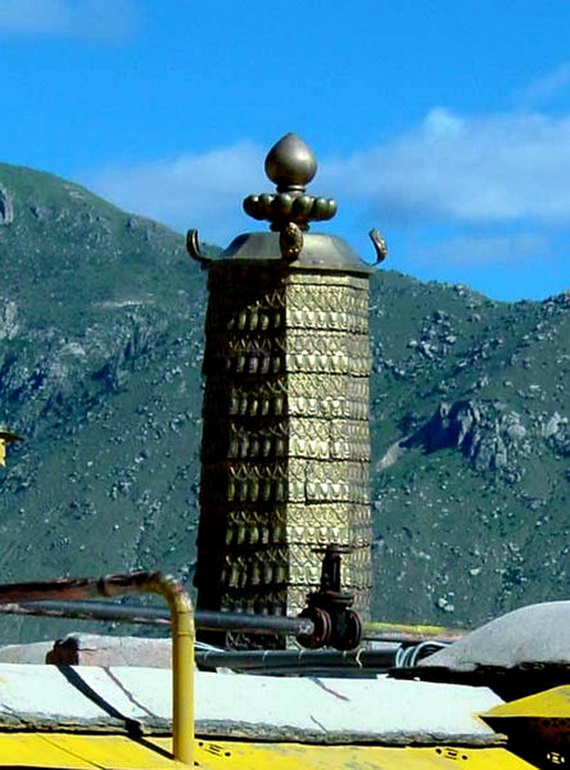 11-The rooftop of the Potala. 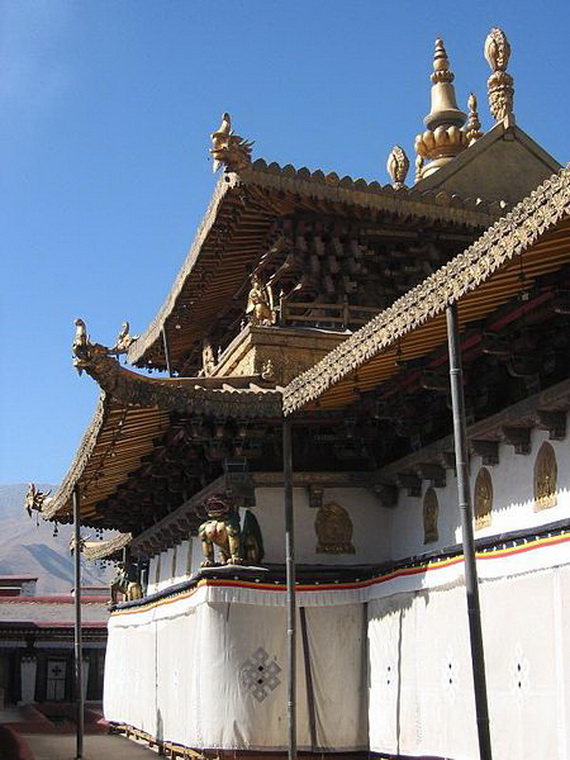 12-The former quarters of the Dalai Lama.

The figure in the throne represents Tenzin Gyatso, the incumbent Dalai Lama; 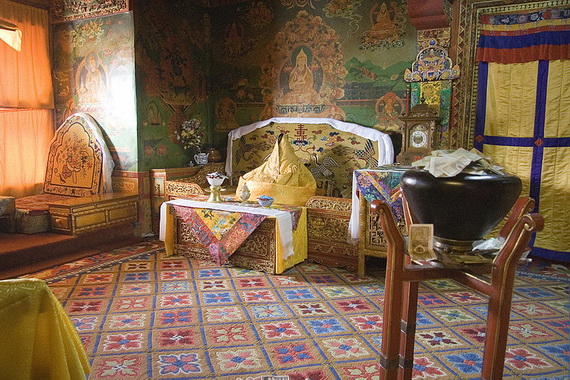 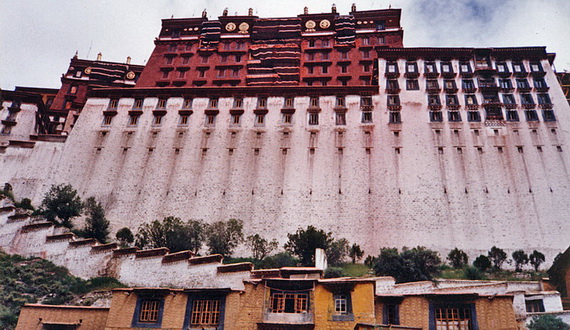 14-View of the Potala from the side. 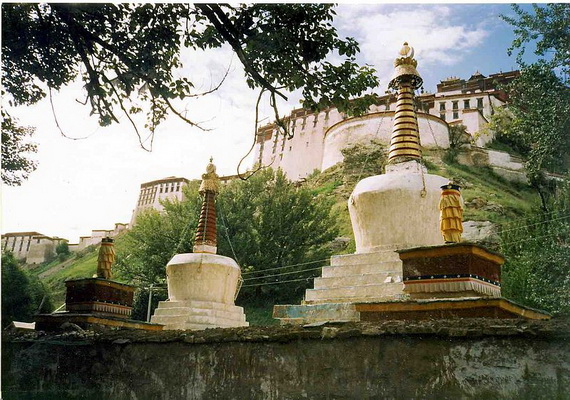 15-View of the Potala from the side 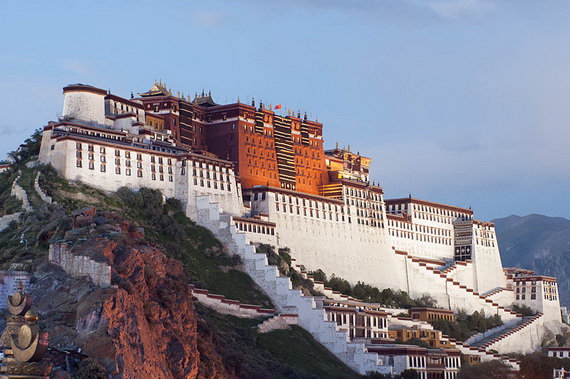 16-View of the Potala from the side. 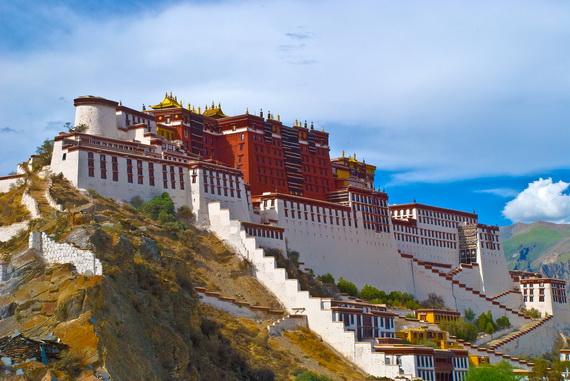 17-View of the Potala from the side 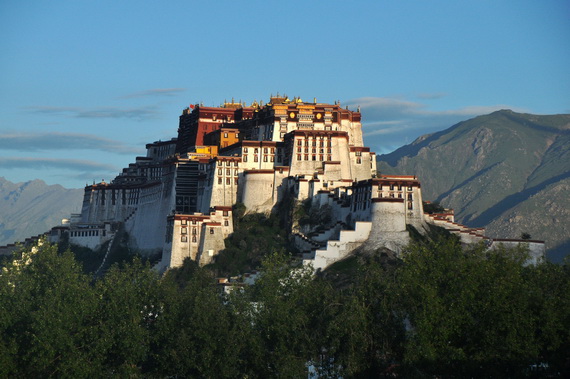 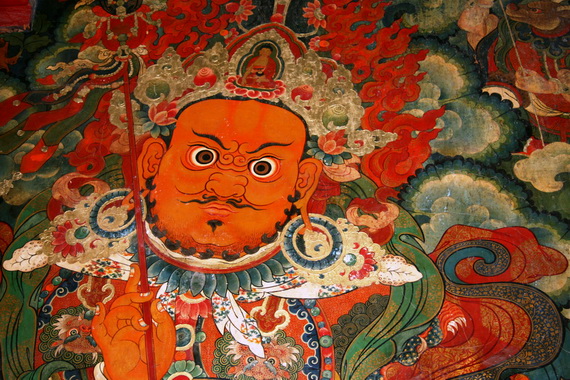 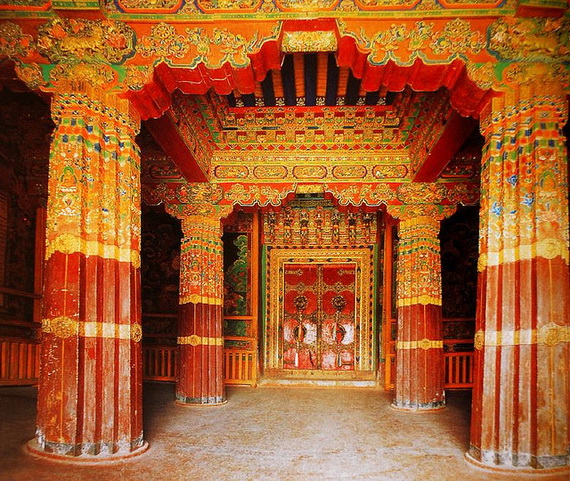 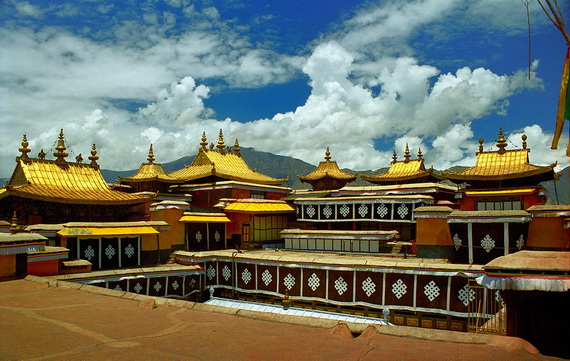 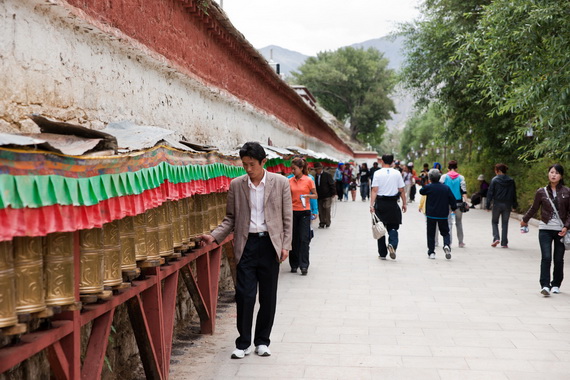 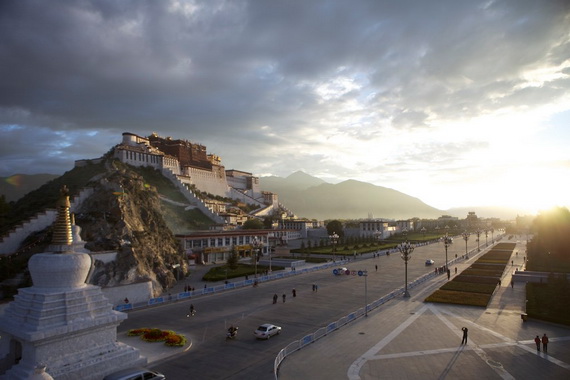 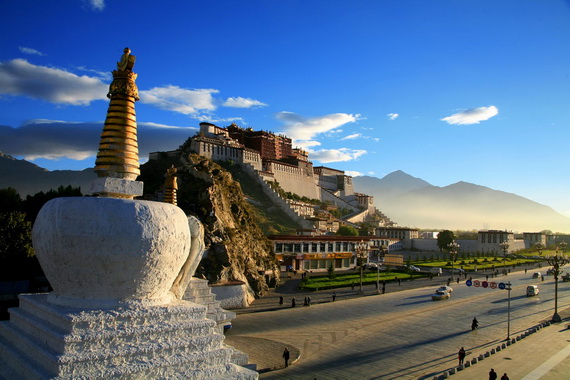 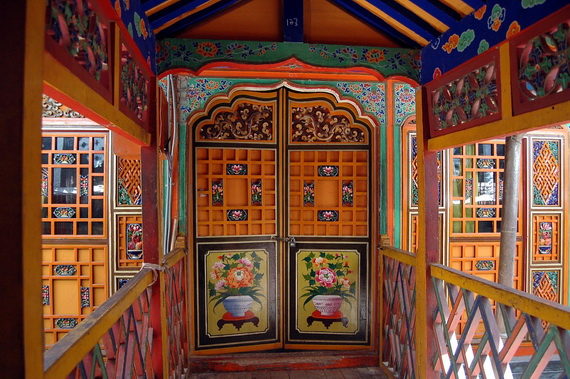 Holiday Jerusalem Israel The Oldest City in The World