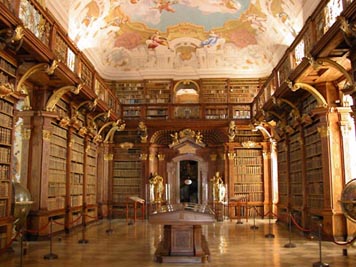 The Abbey of Saint Gall is a religious complex in the city of St. Gallen and the most famous landmark in present-day in Switzerland. Was considered a perfect example of a great Carolingian monastery in its original form and is now called the finest example of Baroque architecture in Switzerland.
The Carolingian era Abbey has founded since 621 named after Gallus, an Irishman, a disciple and companion of Saint Columbanus. It was founded by Saint Othmar on the spot where Saint Gall had erected his Hermitage. He lived in his cell until his death in 646. From its founding until its dissolution in 1805, this Benedictine monastery was one of the most important in Europe, being an important hub of culture and education . As the Abbey became involved in local politics, it entered a period of decline. 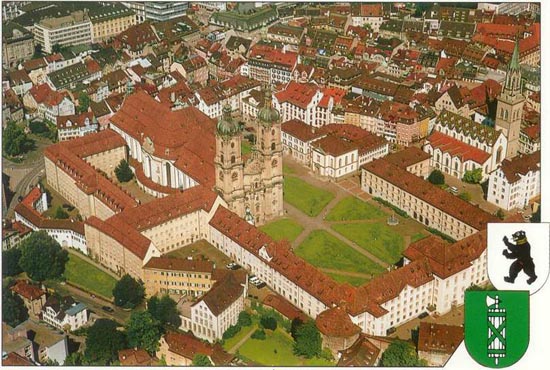 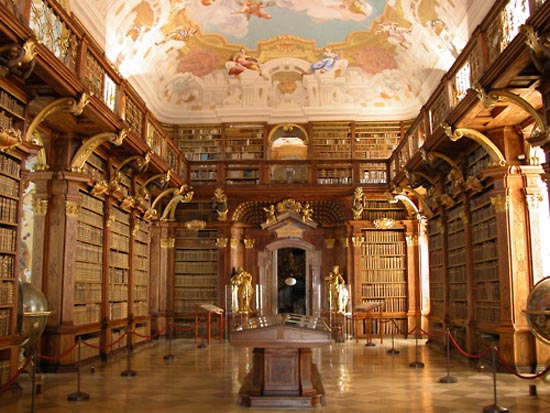 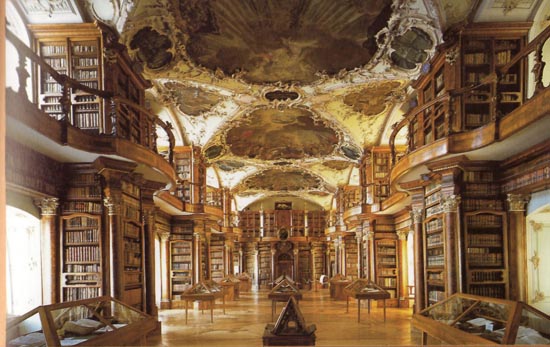 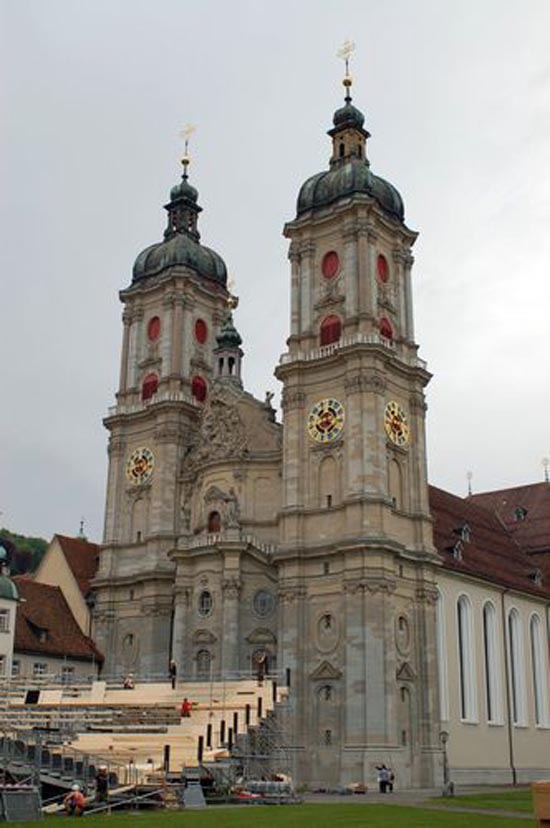 The Carolingian era Abbey followed Benedictine Rule, which required the contemplative study of books and accordingly also stipulated the presence of a library. It became an independent principality during the 13th century. 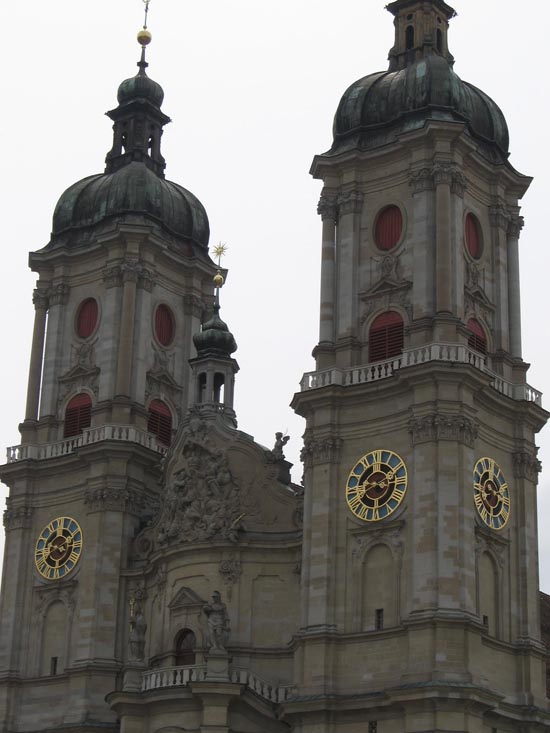 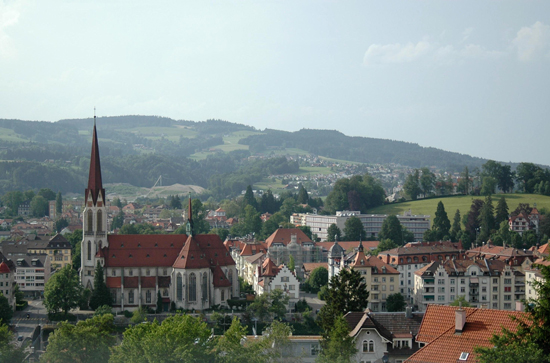 The library at the Abbey is one of the richest and oldest medieval libraries in the world. Known as the Stiftsbibliothek of St. Gallen ,It is home to one of the most comprehensive collections of early medieval books in the German-speaking part of Europe,houses some 140,000 documents – in part hand-written and over a thousand years old, including precious manuscripts such as the earliest-known architectural plan drawn on parchment with many incunabula (texts before 1500) as well as early prints and books. The library probably also has Switzerland’s most beautiful Rococo hall. The Abbey precinct with the cathedral and Abbey Library has been accorded UNESCO World Heritage listing in 1983, as “a perfect example of a great Carolingian monastery”. 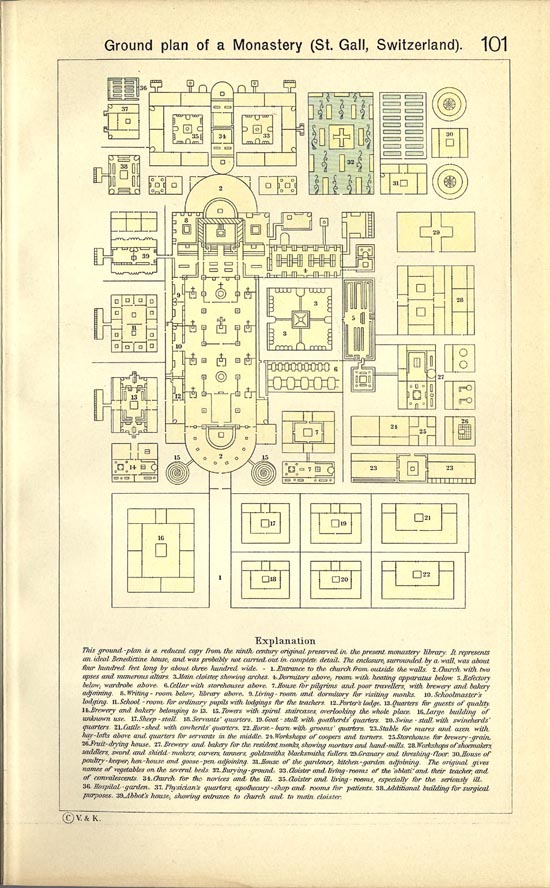 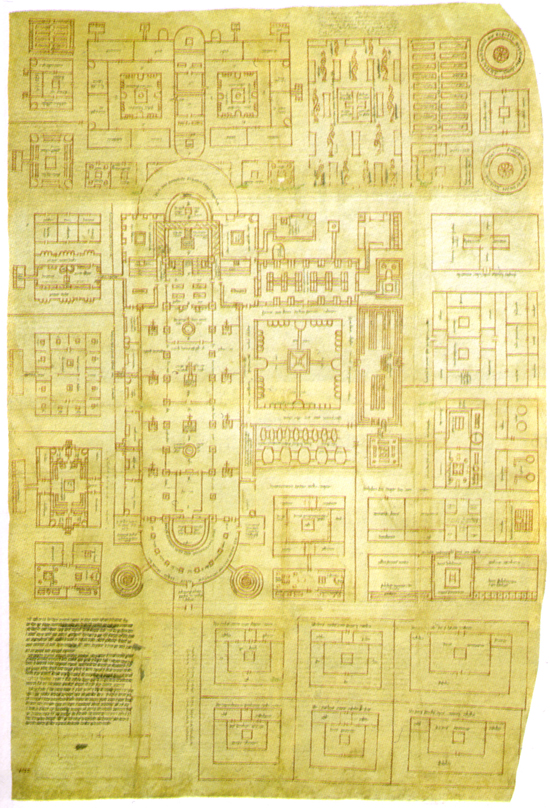 The Baroque architectural ensemble that we see today was built between 1755 and 1768 on the site of the earlier Carolingian monastery. 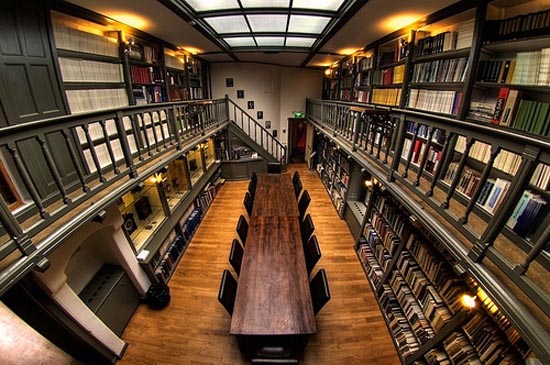 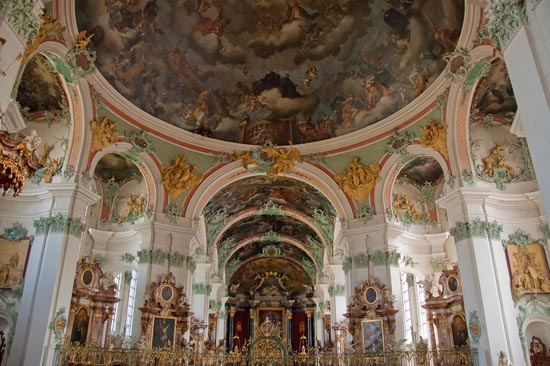 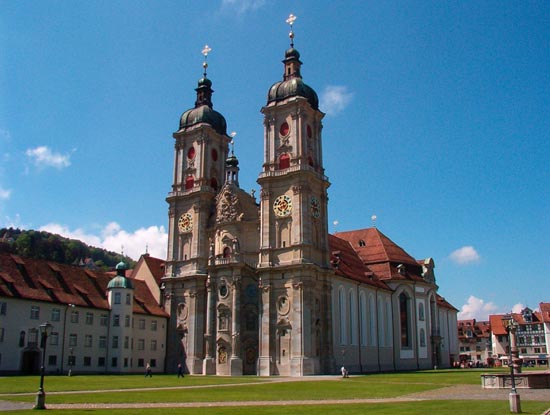