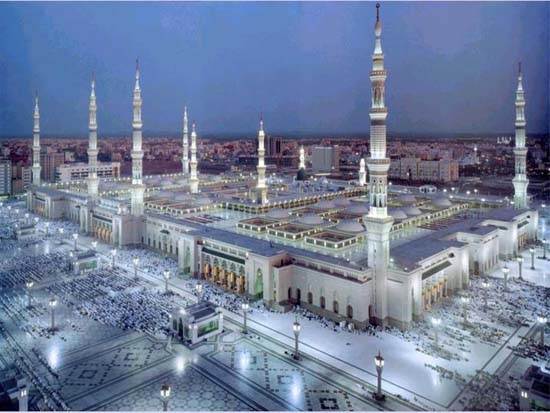 The Prophet’s Mosque is a great mosque in Medina.As the final resting place of the Islamic Prophet Muhammad. The Prophet’s Mosque is the second holiest mosque in the world after al-Haram in Mecca. (Al-Aqsa in Jerusalem comes in third.) The mosque is under the control of the Custodian of the Two Holy Mosques. It is a major pilgrimage site and many people who perform the Hajj go on to al-Madinah before or after Hajj to visit the mosque.

The original Prophet’s Mosque was first built in the year 622 A.D.  It stands on the site of a mosque built by the Prophet Muhammad himself next to his house and contains his tomb. After they reached the city of Yathrib where he settled after his Hijrah (emigration) to Medina in 622 AD.

It was an open-air building with a raised platform for the reading of the Qur’an. It was accessed through three doors, the walls were made of mud bricks and the roofs were supported by trunks of palm trees. And it consisted of a square enclosure of thirty by thirty-five meters. The Prophet`s Mosque has undergone several extensions .Subsequent Islamic rulers continued to enlarge and embellish the mosque over the centuries to accommodate a growing number of worshippers ,until it reaches its actual size as it stands today, extending over 165 000 square meters .The mosque enclosure is one hundred times bigger than the first mosque built by the Prophet and can accommodate more than one million worshippers at a time. The heart of the mosque houses a very special area named ar-Rawdah an-Nabawiyah which is very small, extends from Muhammad’s tomb to his pulpit. Pilgrims attempt to visit and pray in ar-Rawdah, for there is a tradition that supplications and prayers uttered here are never rejected. This mosque also includes a museum that displays ancient manuscript of the Quran and a library. The mosque is located in what was traditionally the center of Medina, with many hotels and old markets nearby. It is a major pilgrimage site and many people who perform the Hajj in Mecca later come to Medina to visit the mosque. 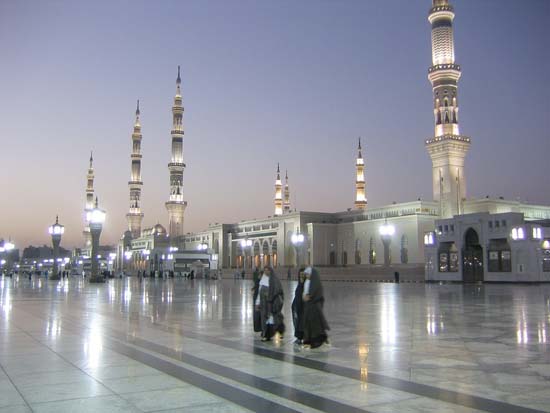 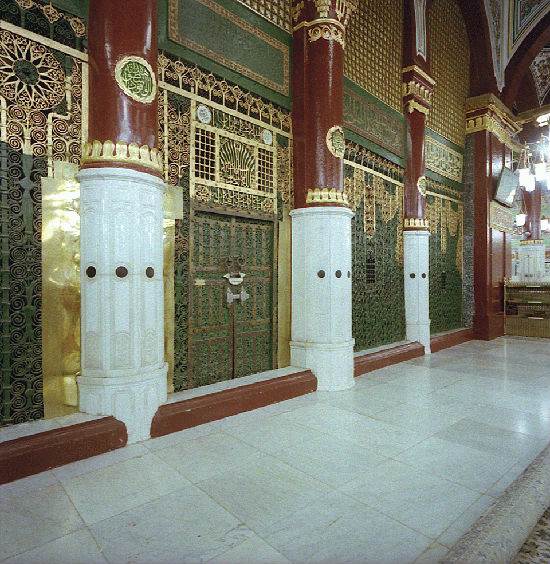 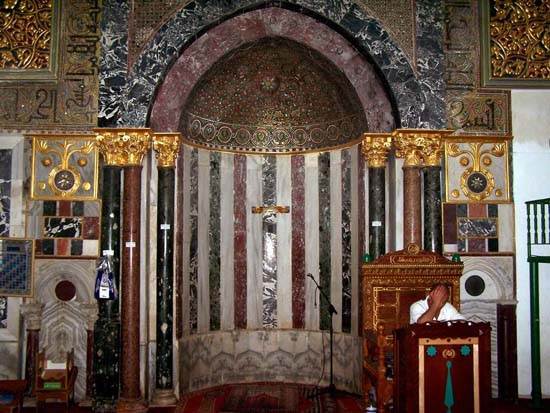 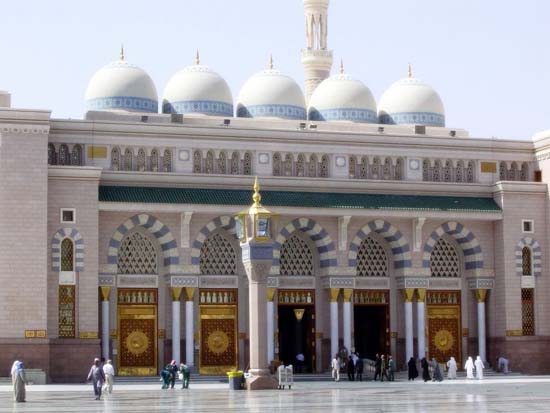 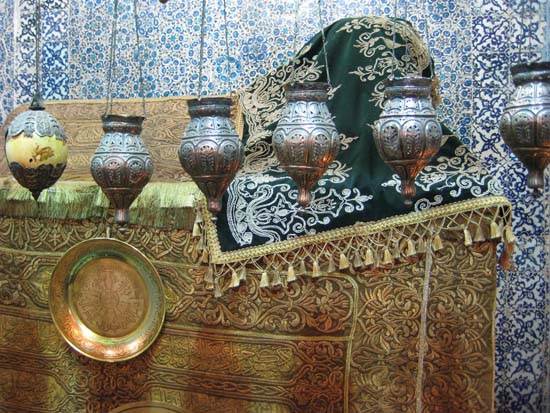 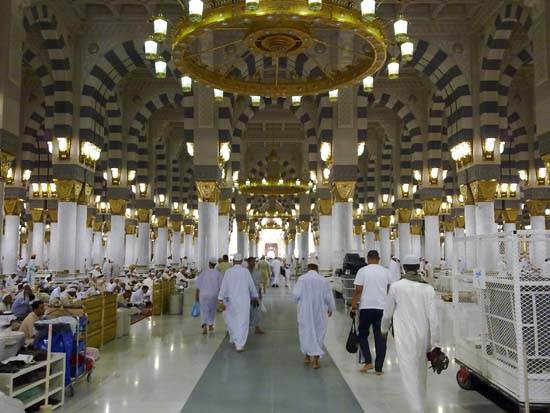 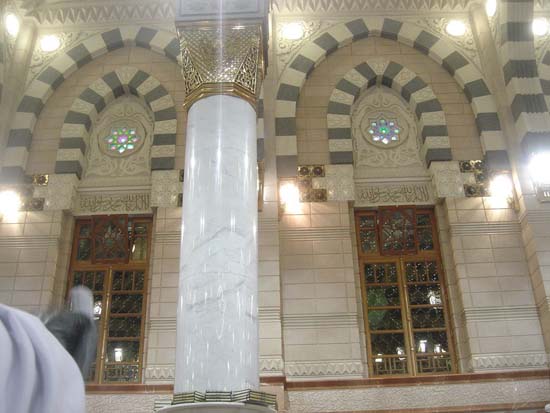 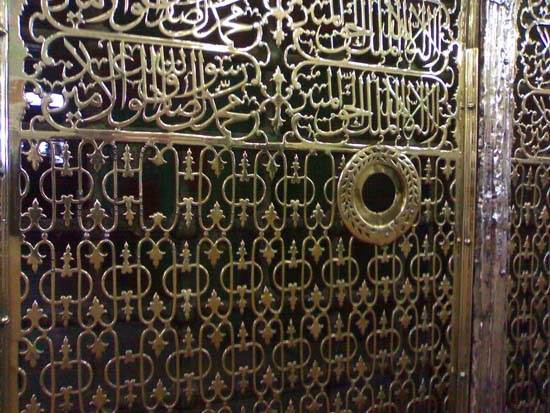 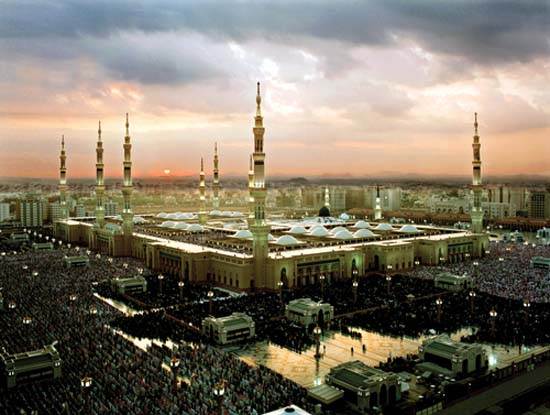 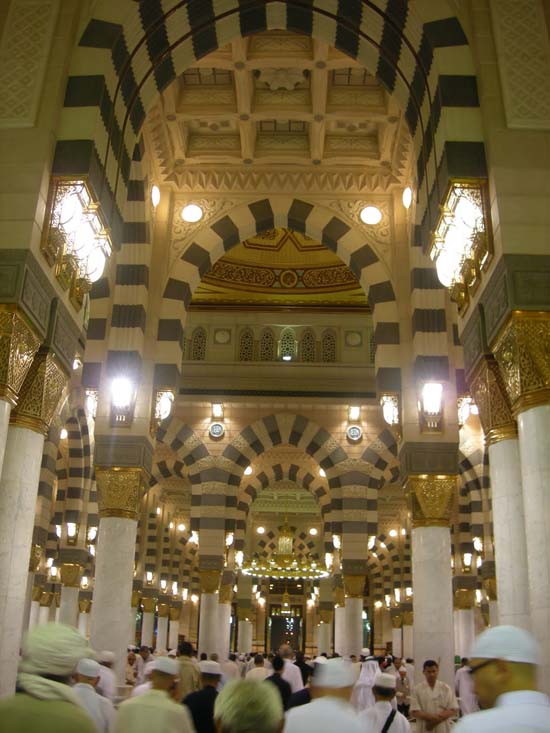 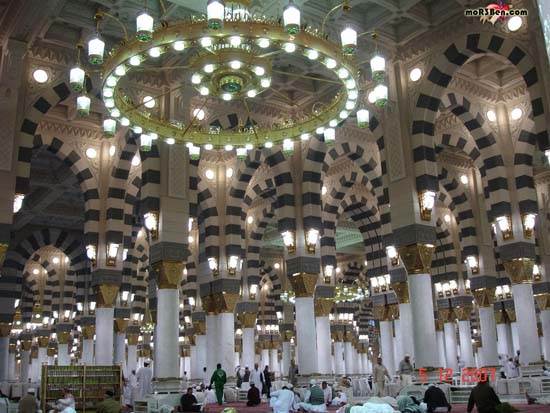 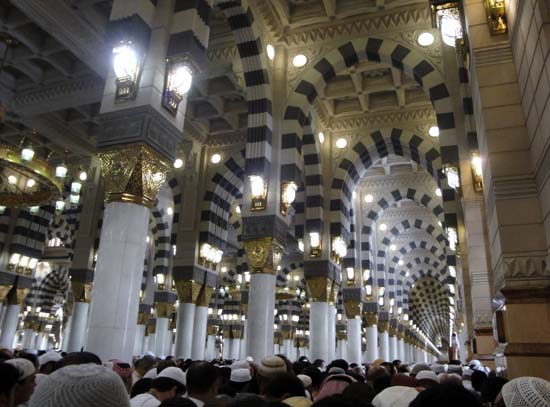 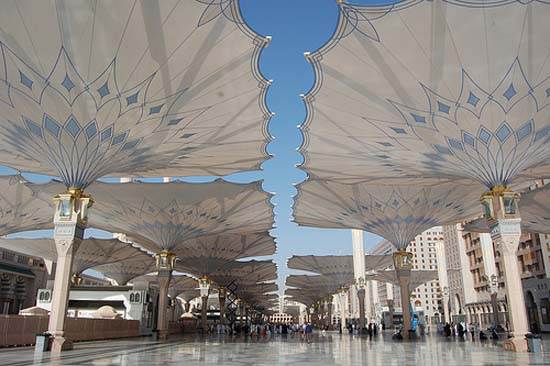 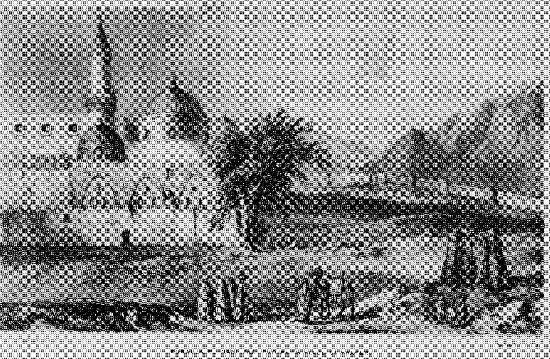