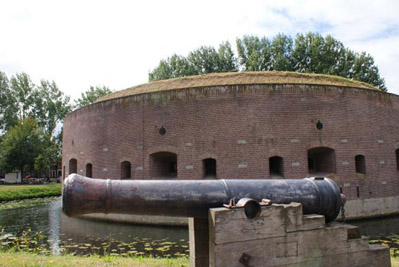 This defense line was built by the Ministry of War between 1883 and 1920 to guard the capital Amsterdam. It is a circular defence around the capital that is 135 kilometers long, at a distance of 15 to 20 kilometers from Amsterdam and lowlands that can easily be flooded in time of war, to keep the capital city out of range of enemy fire.
The area outside the Defence Line could be flooded in times of danger (inundation). The flooding was designed to give a depth of about 30 cm, insufficient for boats to traverse.
Any buildings within 1 km of the line had to be made of wood, so that they could be burnt and the obstruction removed. The Defence Line of Amsterdam served as a ’National Escape’.
It is the only example of a fortification based on the control of water. Since the 16th century, the people of the Netherlands have used their expert knowledge of hydraulic engineering for defence purposes. 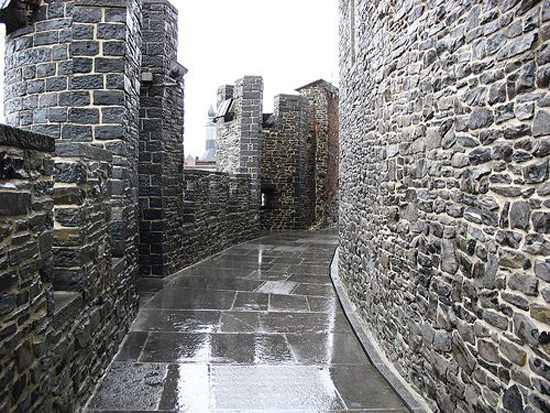 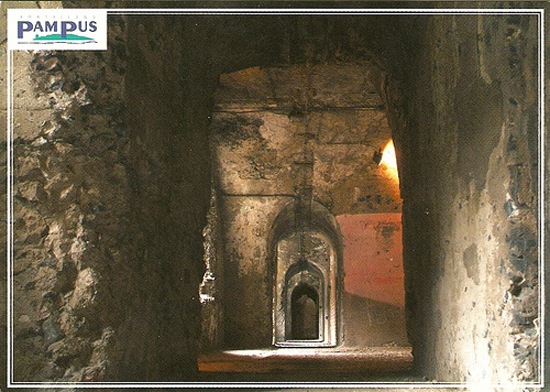 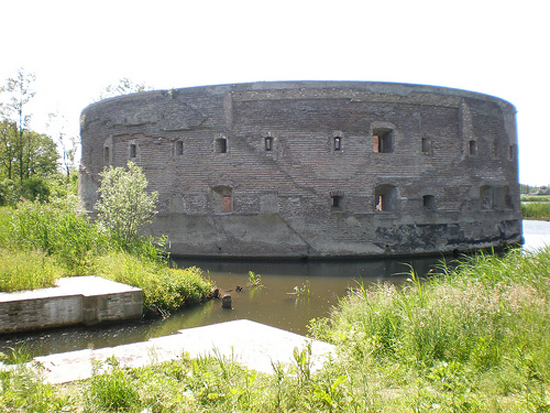 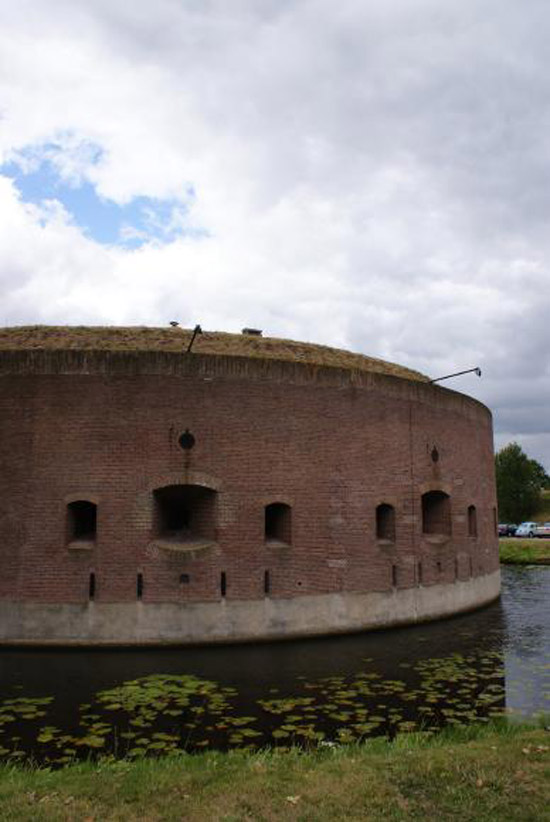 The protection of the centre of the country was ensured by a network of 45 armed forts (36 forts, 2 coastal forts, 2 fortresses, 3 batteries and 2 coastal batteries)and their artillery acting in concert with temporary flooding from polders and an intricate system of canals and locks.

In addition to the forts, the Defence Line of Amsterdam also comprises defence line dykes, military depots, sluices and arsenals. This was all done to defend the National Keep, the last line of defence, of the Kingdom of the Netherlands. 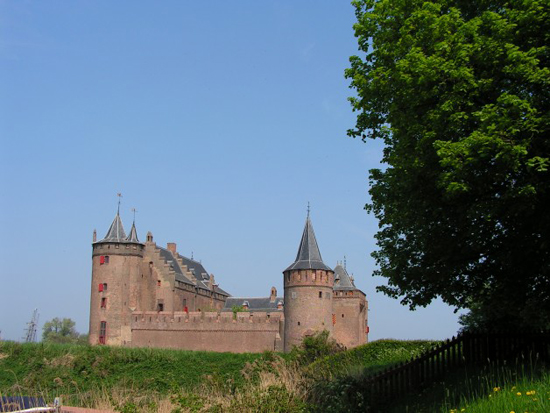 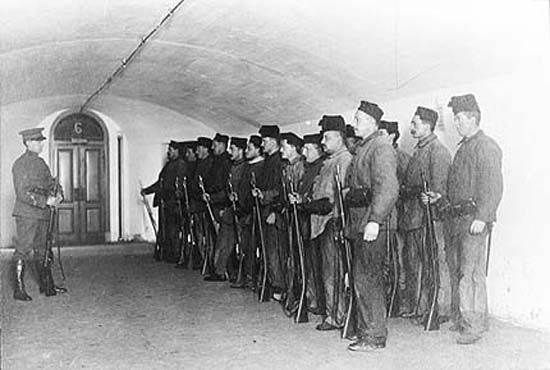 The Defence Line was inscribed to the UNESCO World Heritage List in 1996 because of its value for all mankind.. as it is an exceptional example of an extensive integrated defence system which has survived intact and well conserved since it was created, and a unique way in which hydraulic engineering has been incorporated into the defences of the nation’s capital city.

Although the Defence Line’s purpose as a defensive work belongs to the past, many sections of it are very well preserved and being used for various purposes, like wine trading, child care , sports hooting, Biking and hiking trails . 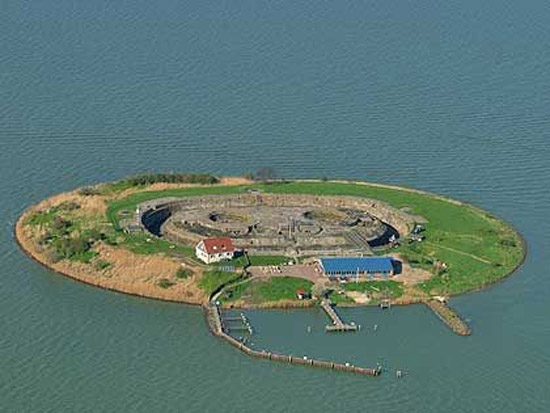 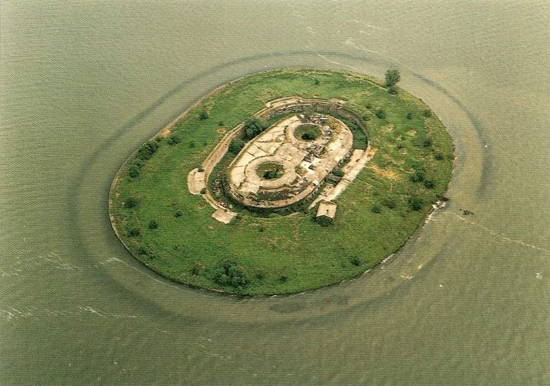 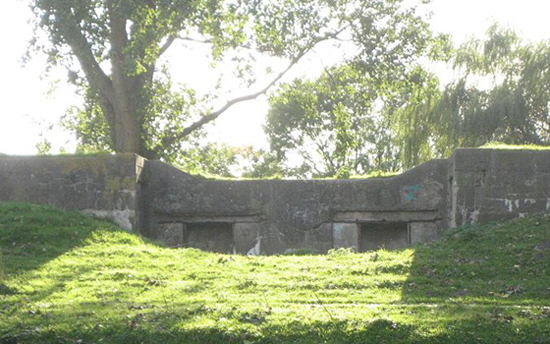 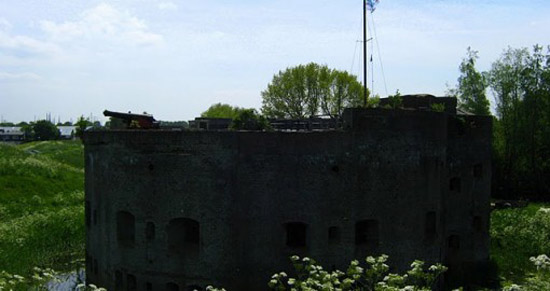 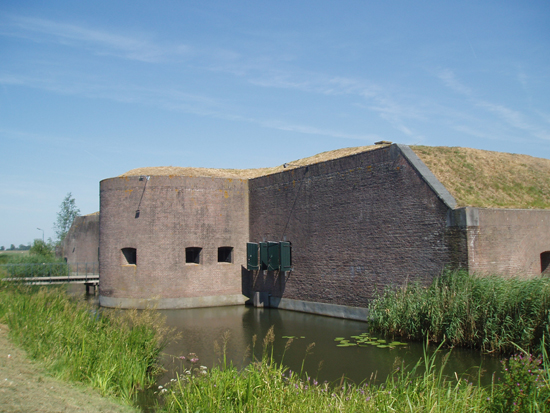 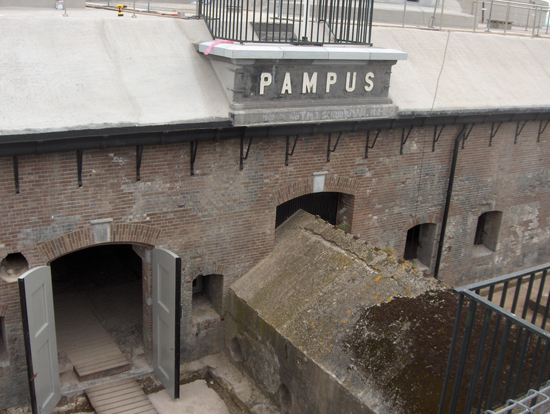 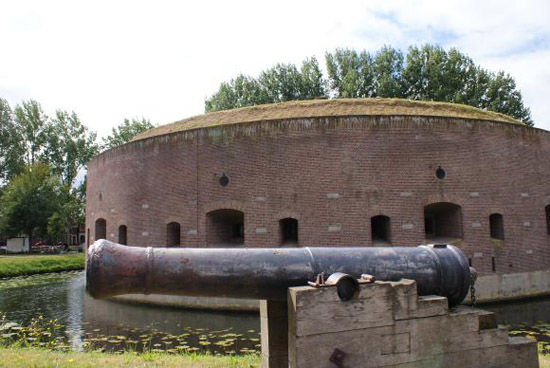