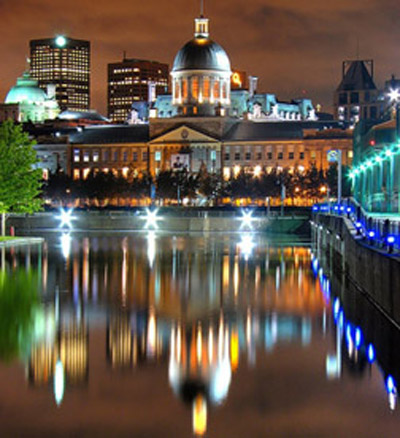 Traveling to Canada, where Montreal is the largest city in the province of Quebec and the second-largest city .
The city takes its present name from Mont-Royal, the triple-peaked hill located in the heart of the city, whose name was also initially given to the island on which the city is located.
French is the city’s official language, Montreal is the second largest primarily French-speaking city in the world, after Paris. There are evidence of a rich historical past are everywhere to see in Montreal. A cultural and architectural wonder for over three centuries:

Montréal boasts a large number of attractions, due its long history. 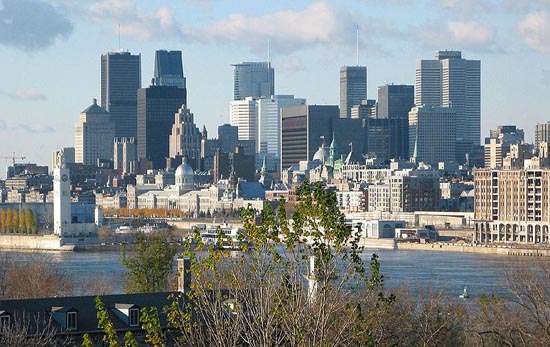 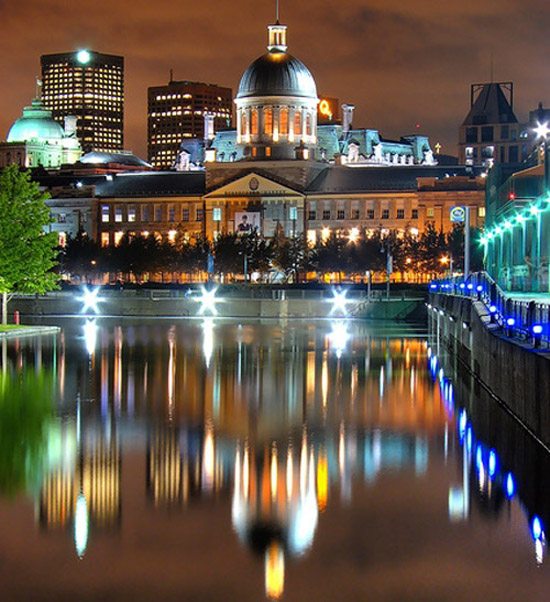 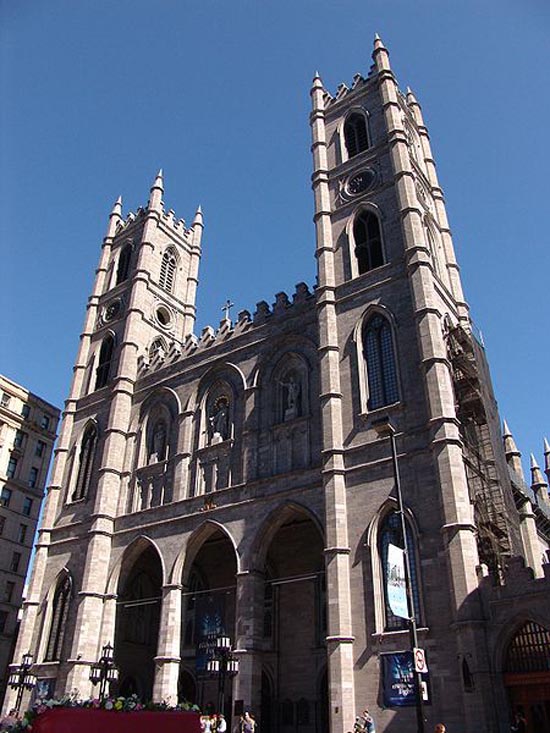 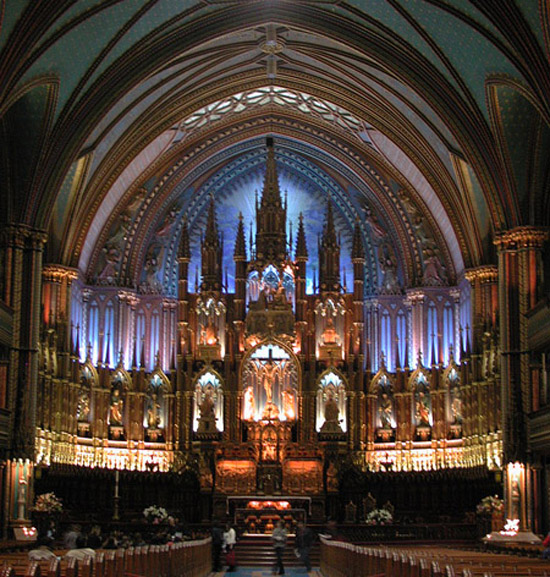 Notre-Dame Basilica:
Montreal is a city of many churches,(hundreds of churches on the island). Notre-Dame Basilica is one of the most notable Roman Catholic churches. Notre Dame Basilica is a neogothic building dating from 1829, When the structure was finished it was the largest church in North America.
Montreal’s oldest Catholic church is known for its its lavish and intricately designed interior, with a wealth of exquisite detail, most of it carved from rare woods
It also has a notable Casavant organ and its largest bell, le Gros Bourdon, is the biggest, single massive bell on the continent in the west tower, it weighs more than 12 tons, rung for special occasions.And a 10-bell carillon resides in the east tower. 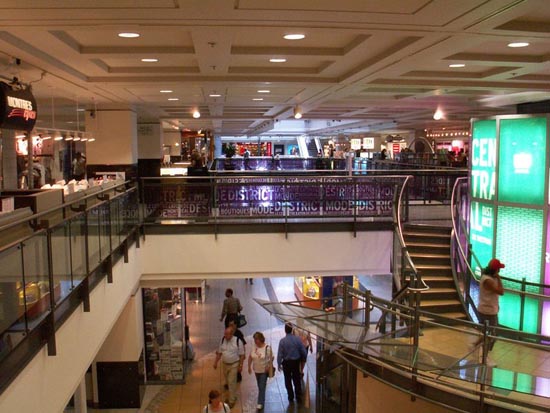 Underground City:
Is the set of interconnected complexes (both above and below ground) directly under the heart of the city, 19 miles long(the world’s largest underground pedestrian network), and around Downtown Montreal, modeled after New York City’s Rockefeller Center. 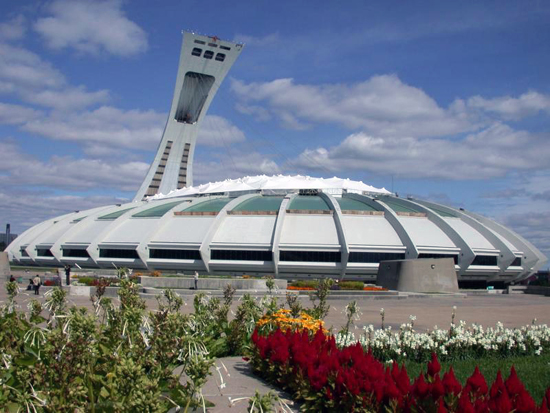 Olympic Tower:
The Montréal Tower Observatory is located in the highest inclined tower in the world, was built to welcome the 1976 Montréal Olympic Games. 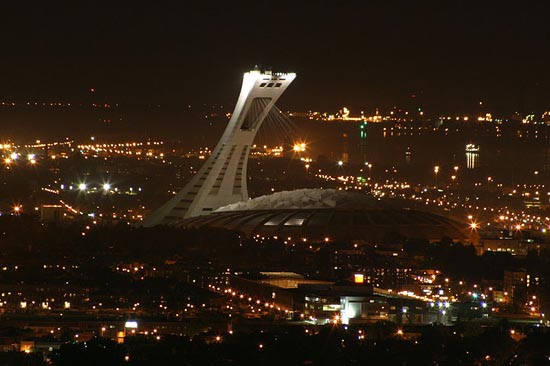 One of it’s nicknames is the “Big O” and it was supposed to be one of the most advanced structures of its time.
Its most amazing structure includes the Tower, which is the highest inclined tower in the world. Montréal Tower Observatory opened to the public after 10 years of the Olympic athletes. 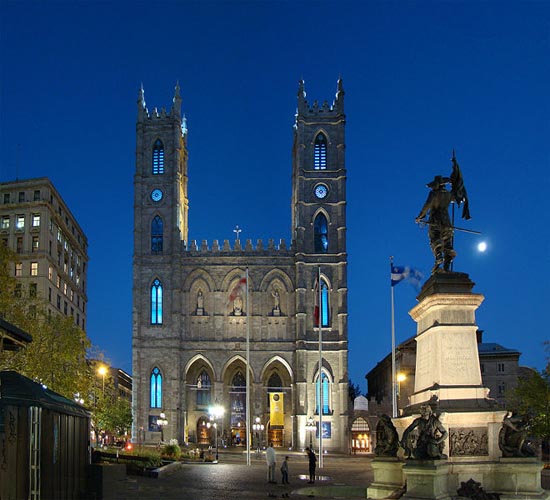 Place d’Armes:
Place d’Armes is a square in Old Montreal quarter, the second oldest public. it was called Place de la Fabrique when it was first developed in 1693, renamed Place d’Armes (French for “parade ground”) in 1721 when it became the stage of various military events.
The focal point of the square is the stunning Notre Dame Basilica ( described above). 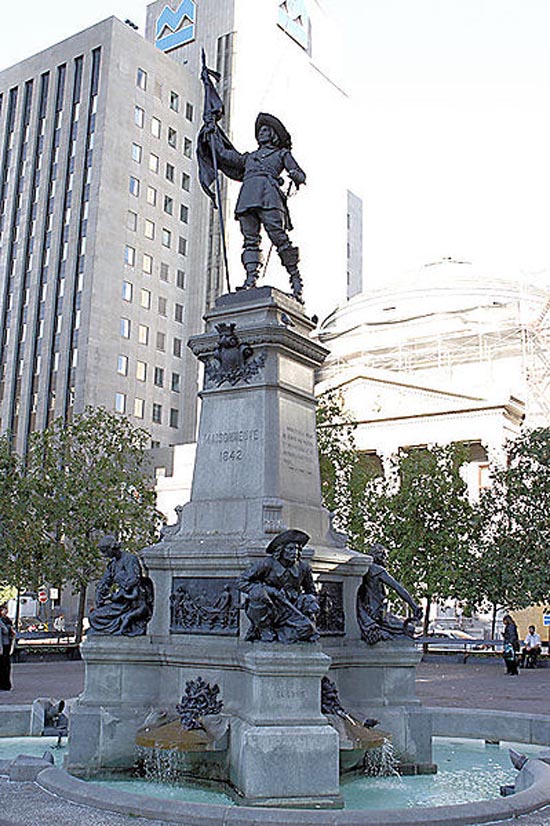 While in the center situated a monument prominently of Paul Chomedey de Maisonneuve erected in 1895, it honors the founder of Montréal.
Along the square buildings surrounding it are representative of so many diverse eras,as the head office of the country’s oldest bank, the city’s first skyscraper… and the generations of skyscrapers that followed. 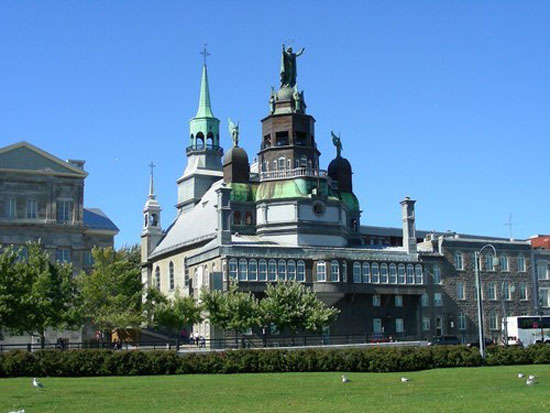 Notre-Dame-de-Bon-Secours Chapel:
Is a church in the district of Old Montreal in Montreal, Quebec. One of the oldest churches in Montreal, it was built in 1771 over the ruins of an earlier chapel, this chapel is known as “The Sailor’s Church.” .
A silent witness to the faith of Montrealers who rebuilt a chapel when it seemed impossible. 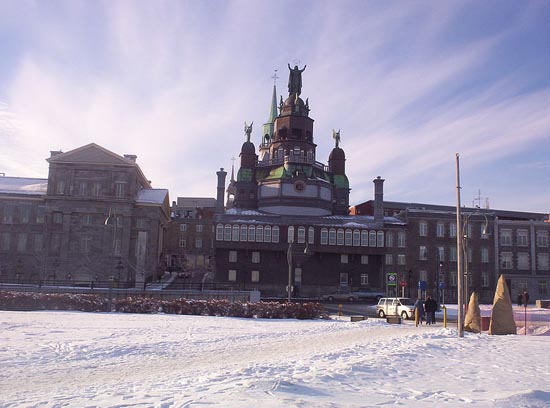 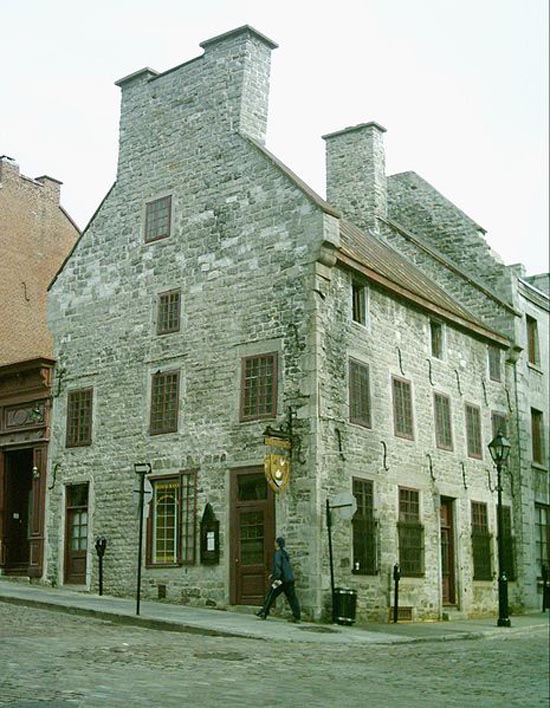 Pierre du Calvet:
Built in the 18th century, this house is one of the most beautiful examples of the urban architecture, massive crude rock walls, chimneys, and steeply sloped roof.
House of Pierre du Calvet ,Who was a Montreal trader, justice of the peace, political prisoner and epistle writer of French Huguenot origin. 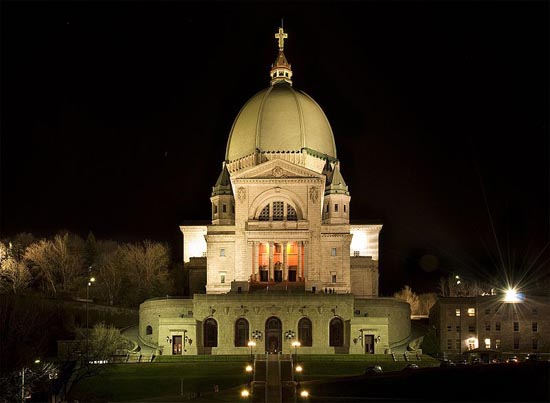 Saint Joseph’s Oratory:
The largest church in Canada, and the third-largest of its kind in the world after the Basilica of Our Lady of Peace of Yamoussoukro in the Ivory Coast and Saint Peter’s Basilica in Rome.
With a giant copper dome built in honor of St. Joseph, patron saint of Canada.at 856 feet (263 meters) above sea level, which is the highest point in Montreal. the second highest of its kind after that of the Saint Peter’s Basilica in Rome.

In 1904, Saint André Bessette, CSC, began the construction of a small chapel on the side of the mountain near Notre Dame College, was enlarged several times,and have been completed in 1967. 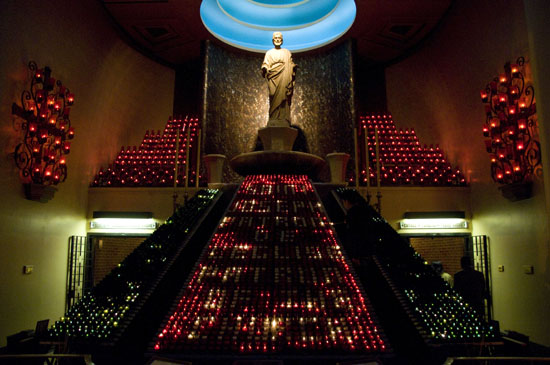 The basilica is dedicated to Saint Joseph, to whom Brother André credited all his reported miracles in his 30s. These were mostly related to some kind of healing power, and many pilgrims (handicapped, blind, ill, etc.). Saint André Bessette gained a reputation as a miraculous healer.
A reliquary in the church museum contains Brother André’s heart, which he requested as a protection for the basilica and the people that enter. 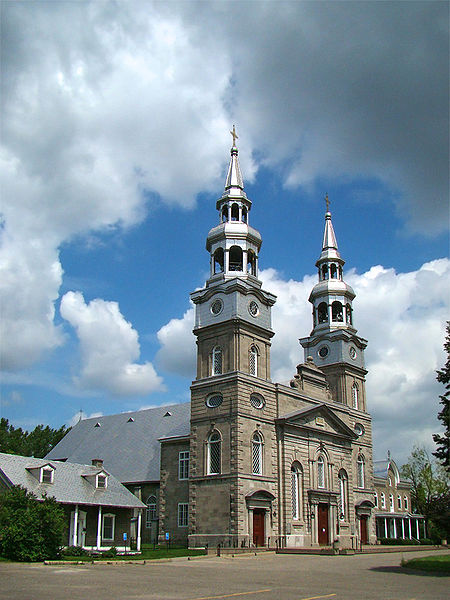 Visitation Church, Montreal:
The oldest church on the island of Montreal, and the only church that was built in the Quebec traditional style it was built between 1749 and 1752.situated on the banks of Rivière des Prairies. 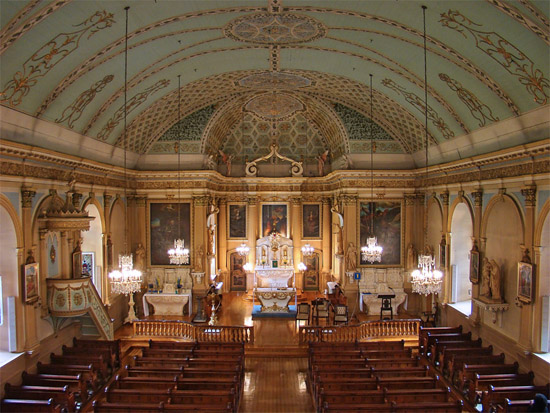 A Part of the religious Heritage of Montreal
dates back to the beginnings of European exploration, history and settlement of the Montreal area. 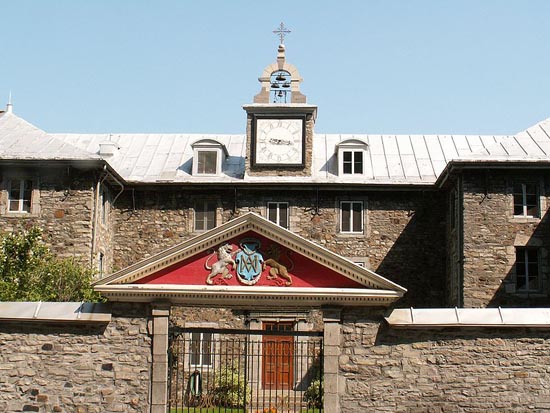 Saint-Sulpice Seminary (Montreal):
The oldest historical structure in Montreal,and is a prime example of the institutional architecture in New France. It is located in the historic Old Montreal district, next to Notre-Dame Basilica, facing the Place d’Armes square.
Erected between 1684 and 1687, Its clock that dates back to 1701, would be the oldest of its kind in N. America.
This seminary stands as a testament to the Sulpician nuns, under whose stewardship the fledgling province of Quebec developed. 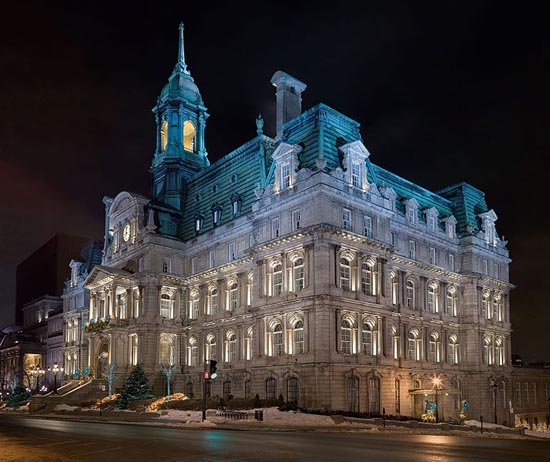 The City Hall is built in between 1872 and 1878 in French Second Empire style also known as the Napoleon III style. It is located in Old Montreal. 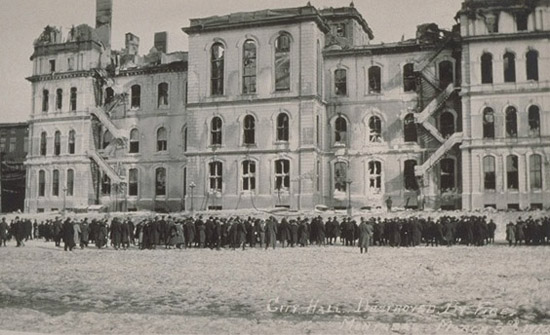 Montréal’s City Hall was less than 50 years old ,the building was suffered by fire in March 1922, leaving only the outer wall and destroying much of the city’s historic record.
City Hall serves as the administrative headquarters for the city. 15-minute tour, which takes place several times each weekday from May through October. 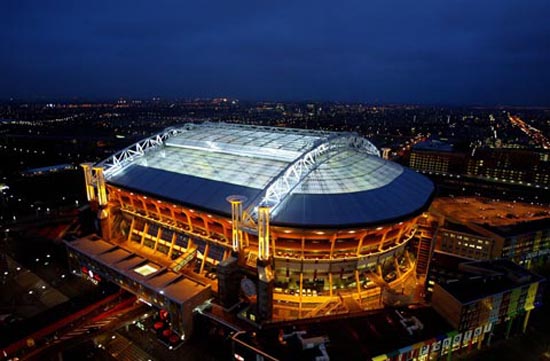 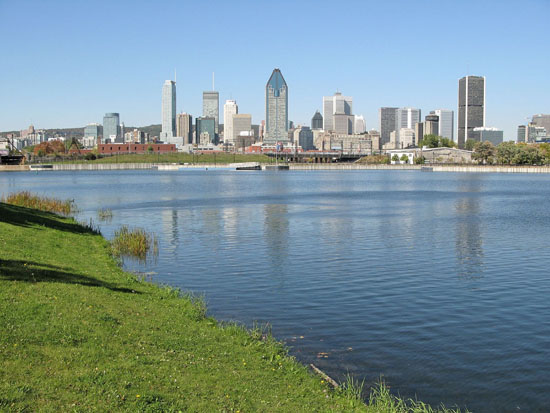 History and origin of Father’s Day