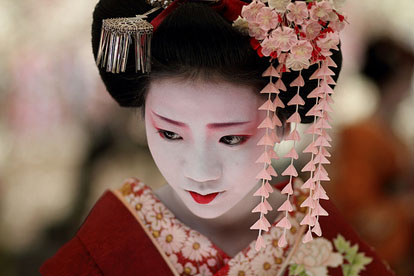 Traveling to Japan ,an island nation in East Asia. Located in the Pacific Ocean, Japan’s name mean “sun-origin”, which is why Japan is sometimes referred to as the “Land of the Rising Sun”.
Japan is an archipelago of 6,852 islands. The four main islands, running from north to south, are Hokkaido, Honshu (or the mainland), Shikoku, and Kyushu.
Japan’s location on islands at the outermost edge of Asia has had a profound influence on its history, enough to keep itself separate.
Japan has been able to turn on or off its connection to the rest of the world, accepting foreign cultural influences in fits and starts, much of Japanese history has seen alternating periods of closure and openness.

On 11 March 2011, a massive 8.9-magnitude earthquake struck off the coast of Japan (the northern Tohoku region of Japan), triggering several meter high tsunami that caused widespread destruction and loss of human lives in areas plus the leakage from the nuclear power. For the above reasons, which had Effect on trips to Japan. prospective traveling tourists are advised not to visit the Tohoku Region and to reconsider traveling to the Kanto Region, including Tokyo. Everything is back to normal in Western Japan. 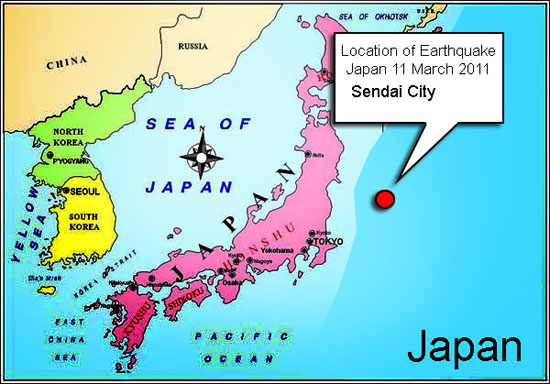 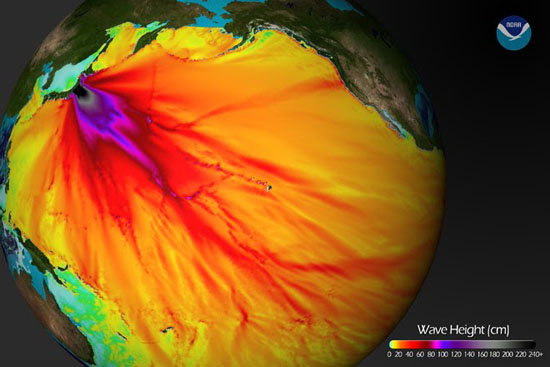 Japan is a land of ancient traditions (a robust heritage ) blending together with ultra modern technology, which made Japan famous among traveling tourists.
The two most famous traveling destinations in modern Japan are its old capital cities, Nara and Kyoto. 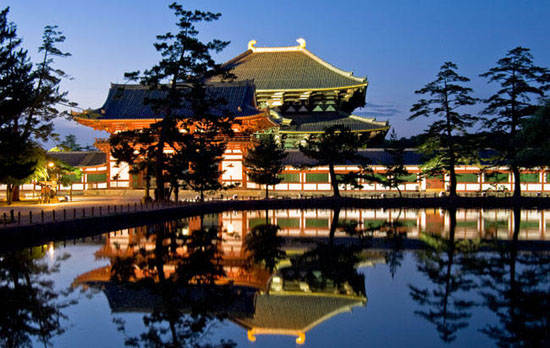 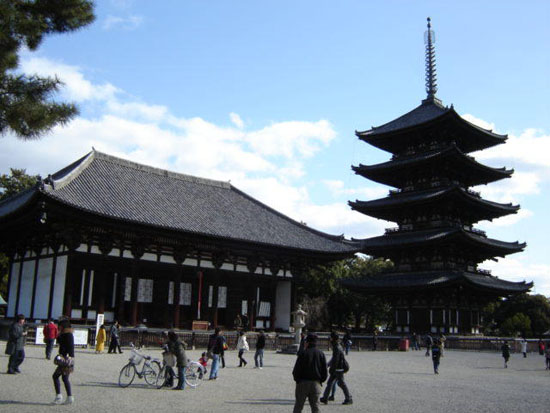 Is a city in the central part of the island of Honshū, Japan.

And is the second historical capital city of Japan from 794 until 1868 (Formerly the imperial capital of Japan for more than a thousand years, it is now the capital of Kyoto Prefecture ,and now the country’s seventh largest city ). 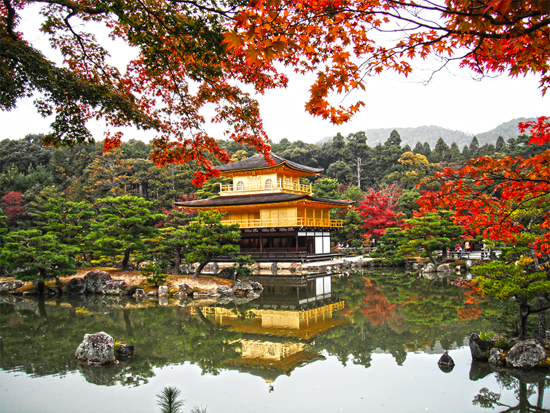 The ancient western and northern parts of the city present unique chances to perceive Japanese cultural heritage.
Over the centuries, Kyoto was destroyed by many wars and fires, but due to its historic value, the city was dropped from the list of target cities for the atomic bomb and spared from air raids during World War II .

KYOTO is endowed with an almost overwhelming legacy of ancient Buddhist temples, , shrines and other historically priceless structures survive in the city today. 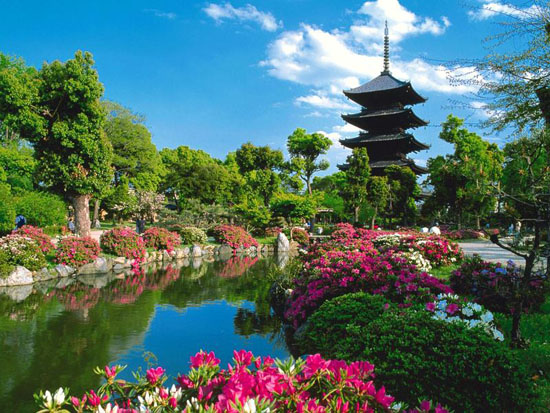 Kyoto is a city known with its majestic palaces and gardens.
Japan provides other attractions, from historical and cultural treasures ,to modern and futuristic sights, wonderful forests, mountains and sea coasts: 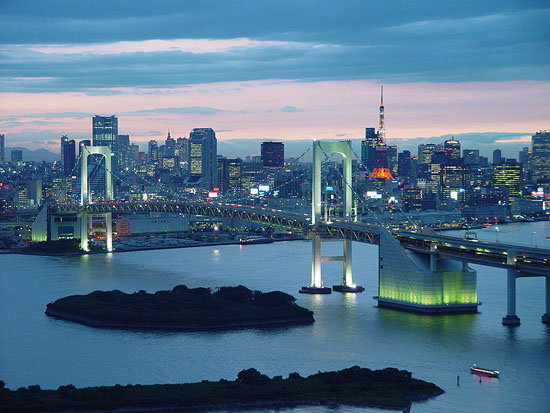 Tokyo: ( described as too good to be true.)

Tokyo is sophisticated, modern and trendy, and at the same time very traditional, with a time pace from another world. 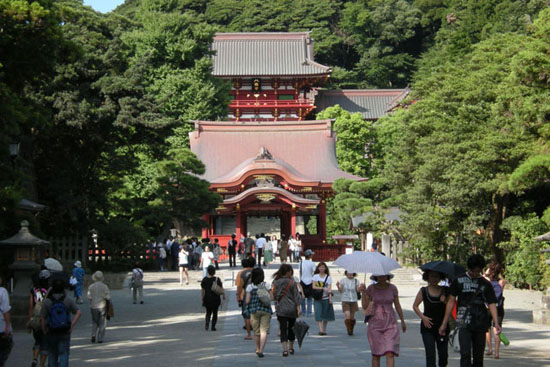 Tokyo was originally a small fishing village named Edo ,in the late 12th century Tokyo has been the capital of Japan since 1868 ( when the Japanese imperial ) family was moved there from Kyoto.
Now ,Tokyo is the capital of Japan, the center of the Greater Tokyo Area, and the largest metropolitan area of Japan, could be described as too good to be true.
Tokyo was described by Saskia Sassen as one of the three “command centers” for the world economy, along with New York City and London. 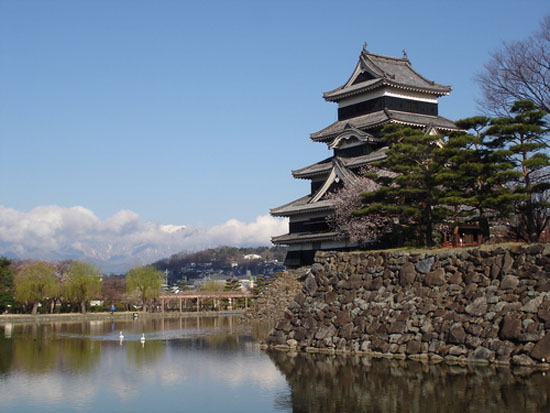 Takayama is the major transport hub of the Hida region. It is a town of old wooden houses standing side by side. 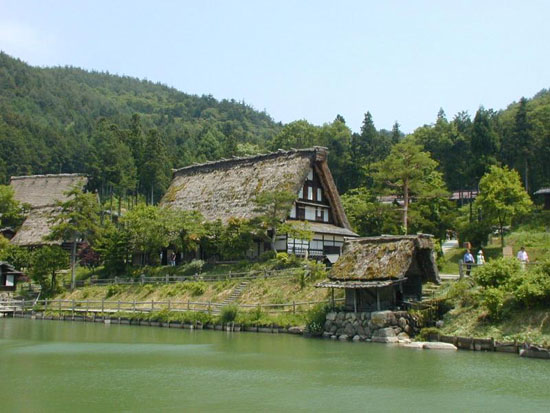 Takayama is known with the Takayama-matsuri Festival, which was believed to begun in the 16th to 17th century, and is one of the three largest and most beautiful festivals in Japan, held twice a year in spring and autumn. 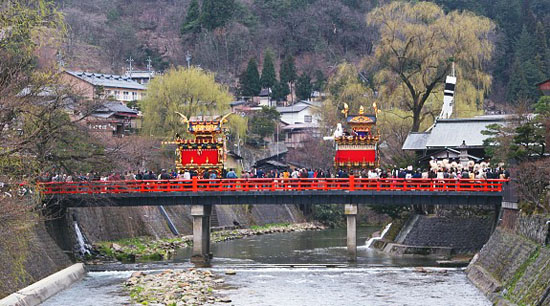 Takayamas sights include more than a dozen mu¬seums, galleries and exhibitions covering lacquer and lion masks, folk craft and architecture.

This traveling site Takamatsu city, capital of Kagawa prefecture. The city developed over many years as a port town on the Inland Sea and is located at one of the primary entry points into Shikoku and is therefore known as the “Gateway to Shikoku”.
Takamatsu was thrived as a castle town of the Matsudaira family during the feudal period in the 17th century. 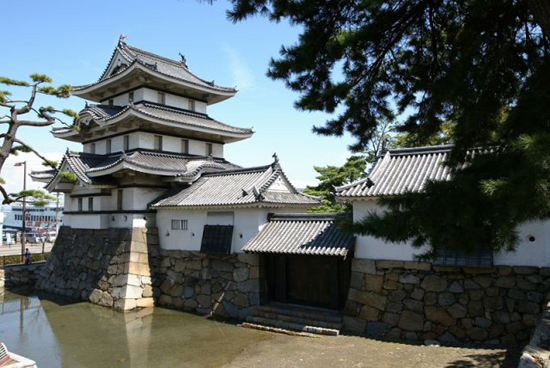 There still remain historic sites, Tamamo Park and Ritsurin Park (which is arguably one of the country’s most spectacular Edo-style walking gardens.), became landscape gardens. 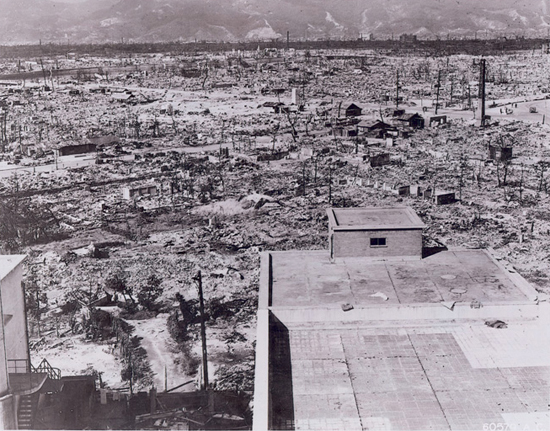 Is the capital of Hiroshima Prefecture, and the largest city in the Chūgoku region of western Honshū, the largest island of Japan. 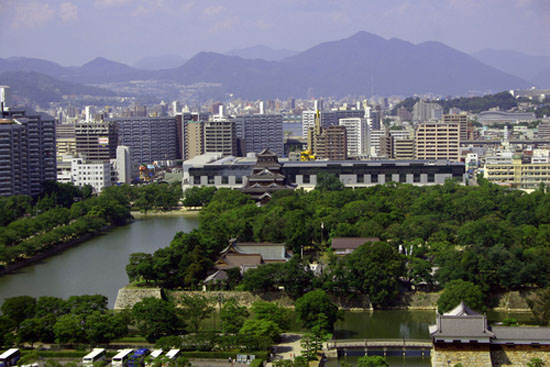 Hiroshima is a well known around the world for the tragic event that took place during the second war on which the first operational atomic bomb was dropped . on 6 August 1945, Hiroshima became as the first city in history to be destroyed by a nuclear weapon. 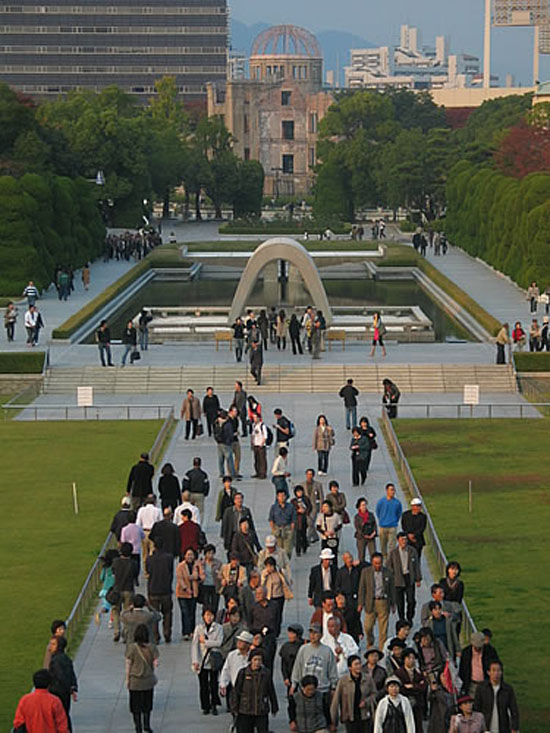 And the city’s poignant Peace Memorial Park will always been a prominent memory of this event. 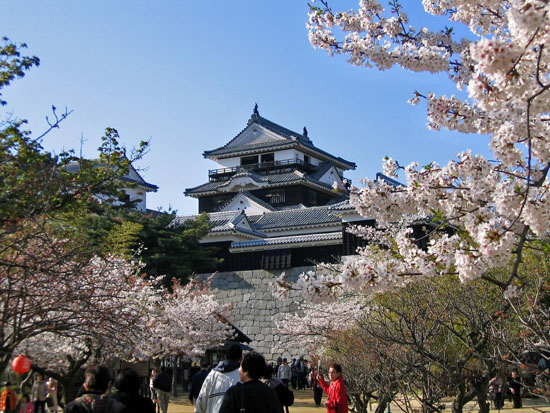 Matsuyama is the largest city on Shikoku and the capital of Ehime Prefecture.
Known for its eight temples which are part of the 88 Temple Pilgrimage,Matsuyamajo castle and Dogo Onsen . 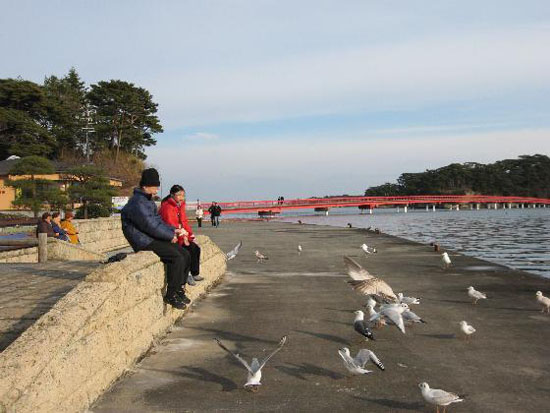 Matsushima was hit by the recent earthquake and tsunami.the area has been severely affected. but not as devastating as elsewhere along the coast. 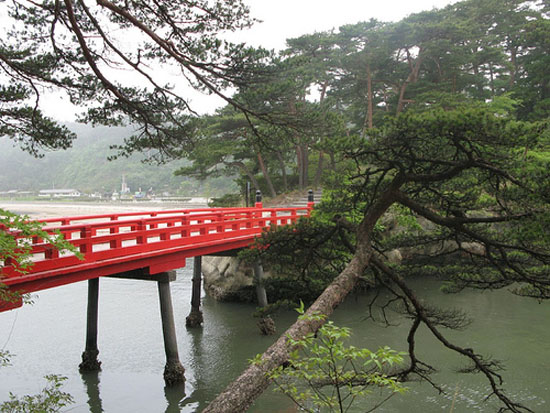 Famous for its bay, has been ranked one of Japan’s three most scenic views for centuries. its origin goes back to 828 AD . Formed by more than 260 small islands most of them covered with pines, Matsushima is also known for Zuiganji Temple, Oshima and Fukuurajima,and Kanran-tei. 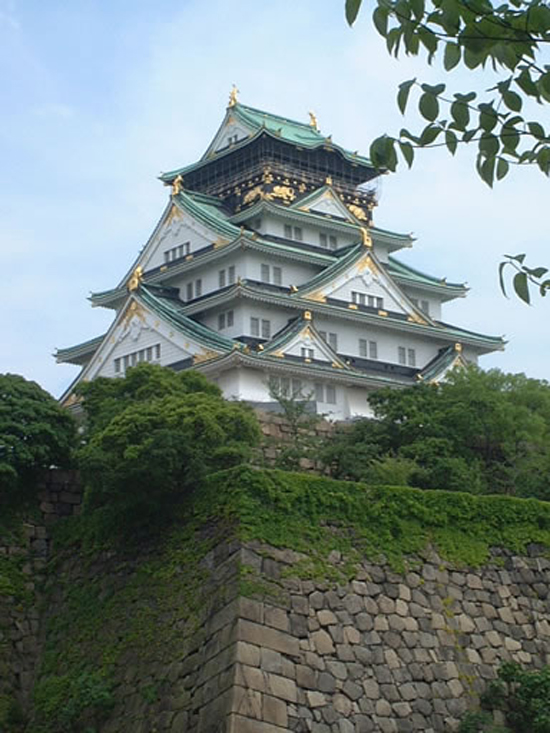 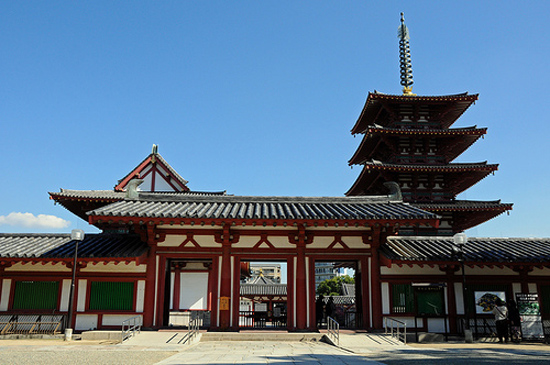 Historically Osaka is the merchant capital of the country.
Osaka’s Origins Go Back to the 5th Century ,where Shitennoji Temple, and Osaka Castle are its historical treasures of Osaka when it was once the center of Japan’s politics and economy,and once known as the ‘Venice of the East’ for its network of canals. 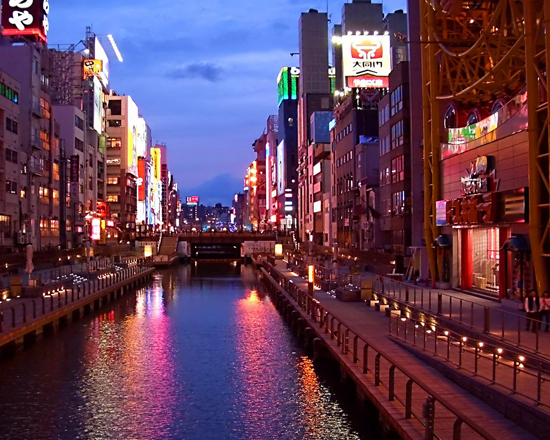 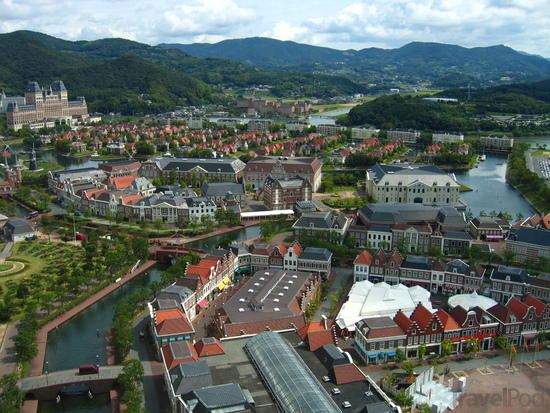 Osaka:
Is a port city , capital and the largest city of Nagasaki Prefecture on the island of Kyūshū.
Nagasaki harbor was the only harbor to which foreign ships was permitted to enter. 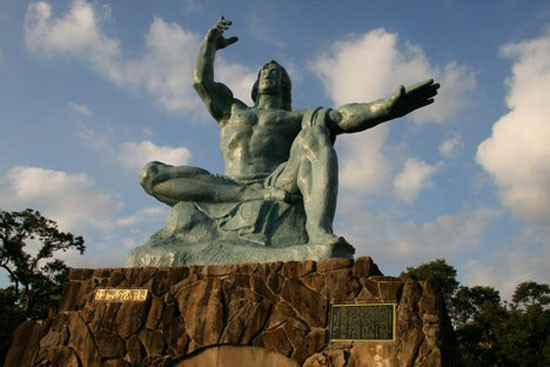 Towards the end of World War II three days after the bombing of Hiroshima,, a second attack of atomic bombings made Nagasaki the second and, to date, last city in the world to experience a nuclear attack.
Many of the most significant landmarks in the city of Nagasaki are religious structures, shrines and churches.beside religinous sites there are many annual festivals. 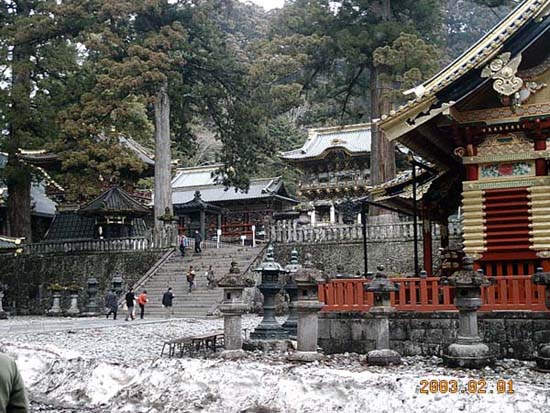 Nikko is currently affected by a power shortage resulting from the recent earthquake.

Nikkō meaning (“sunshine”), is a city located in the mountains of Tochigi Prefecture, The capital of Tochigi, it is a popular destination for Japanese and international traveling tourists.
Nikko had been a center of Shinto and Buddhist mountain worship for many centuries. 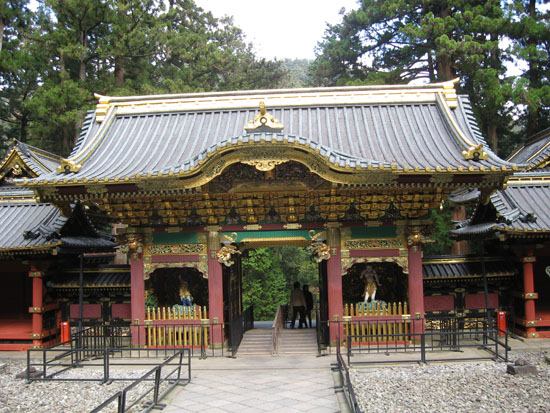 Japan has more than enough natural wonders to compete with its cultural treasures. But its real highlight is the gracious hospitality of the Japanese themselves.

Christmas Decor In Shades Of Green