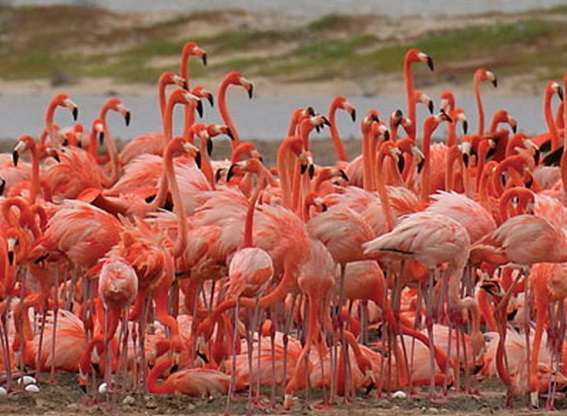 The Island Territory of Bonaire (Bon Bini) is one of five island territories of the Netherlands Antilles, situated in the southern Caribbean. Consist of the main island of Bonaire and, nestled in its western crescent, the uninhabited islet of Klein Bonaire. Bonaire is the Caribbean’s best protected little gem, Bonaire is a small island lies 30 miles from Curacao, 50 miles north of Venezuela, 86 miles east of Aruba, outside of the Caribbean hurricane belt. Together with Aruba and Curacao it forms a group referred to as the ABC islands of the Leeward Antilles, the southern island chain of the Lesser Antilles (Bonaire is known as the B of ABC). Bonaire, 24 miles long by 3-7 miles wide (112 square miles), located Just north of the equator, Bonaire always enjoys the advantage of daylight for 12 hours. 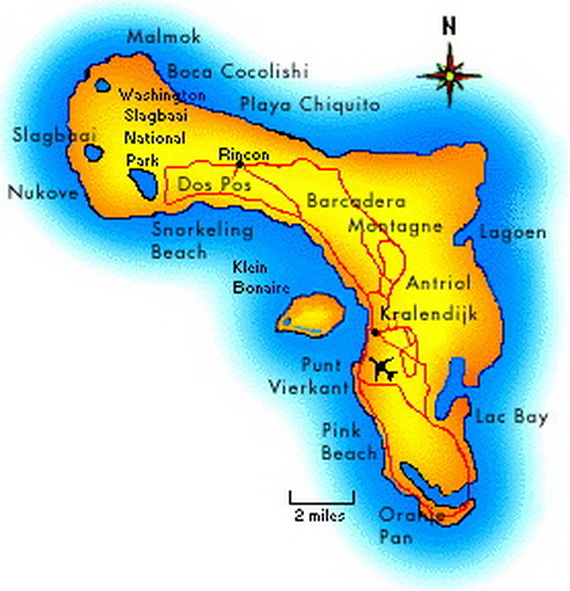 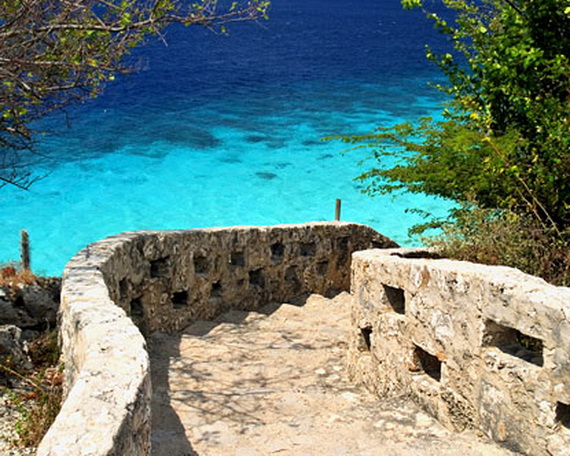 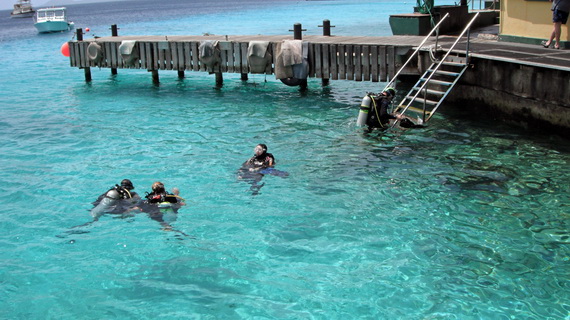 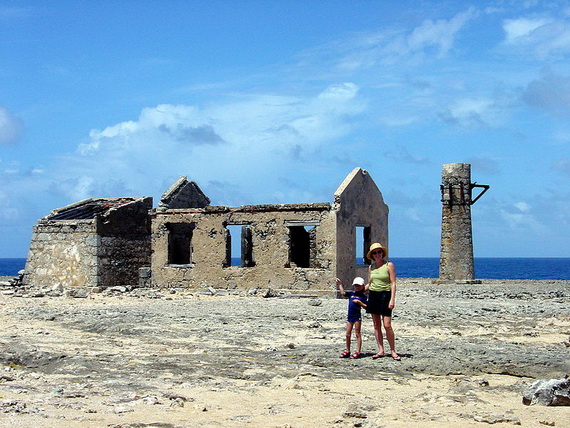 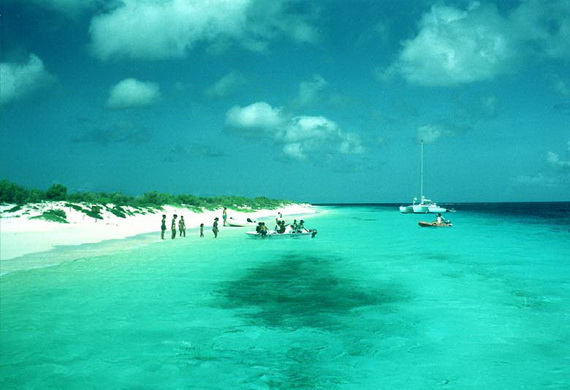 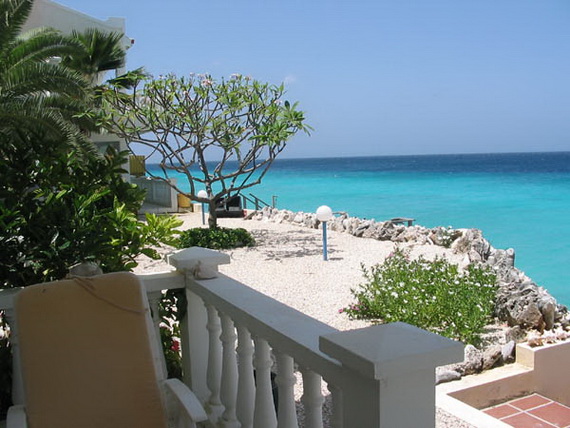 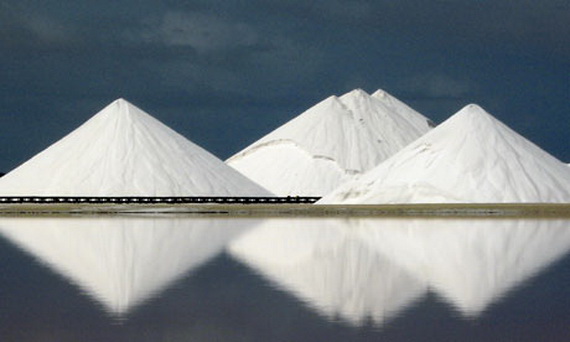 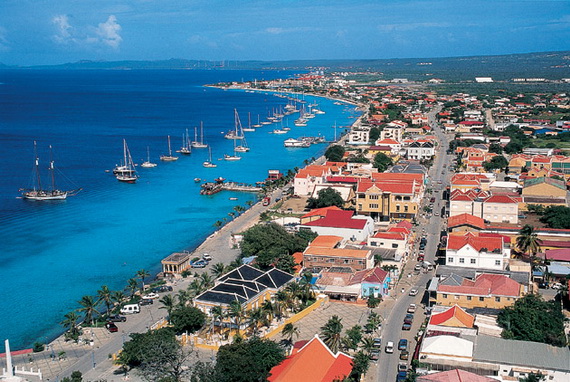 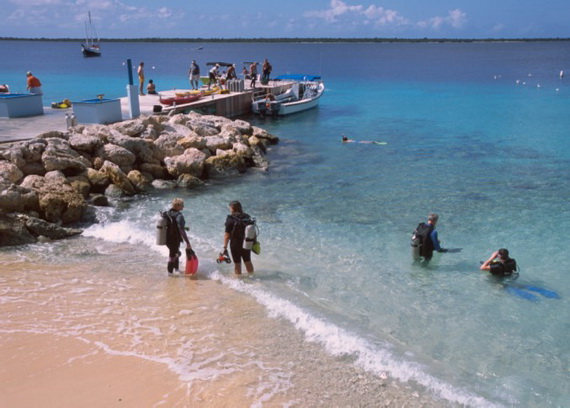 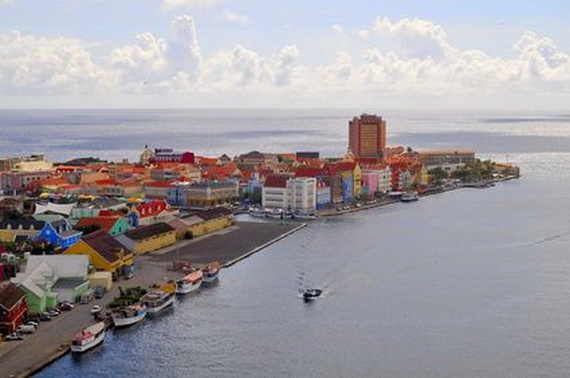 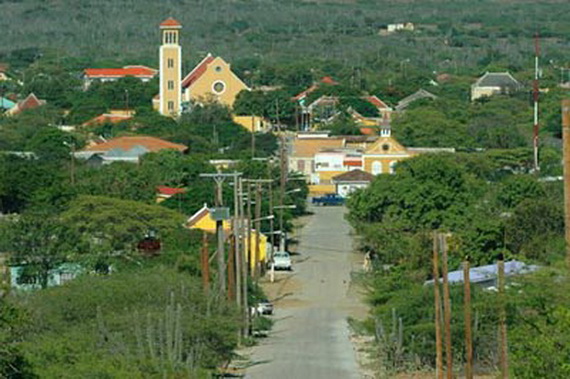 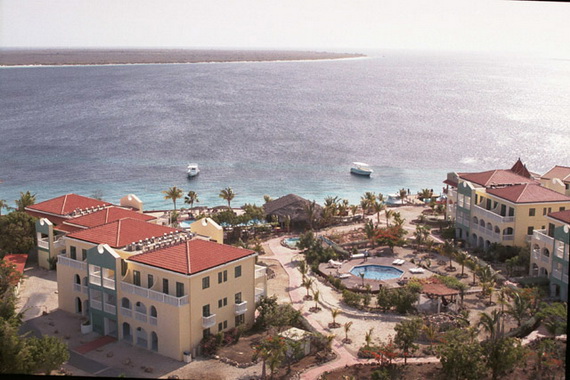 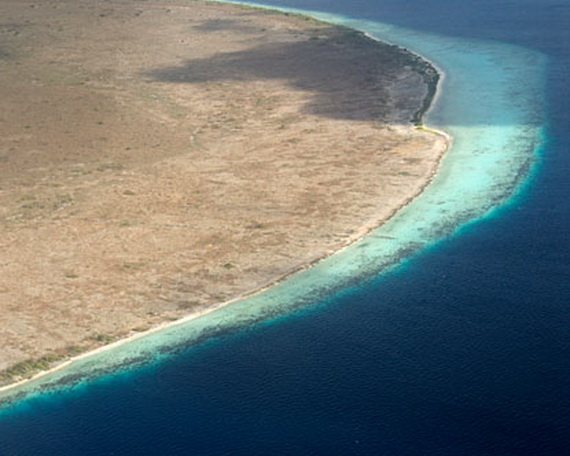 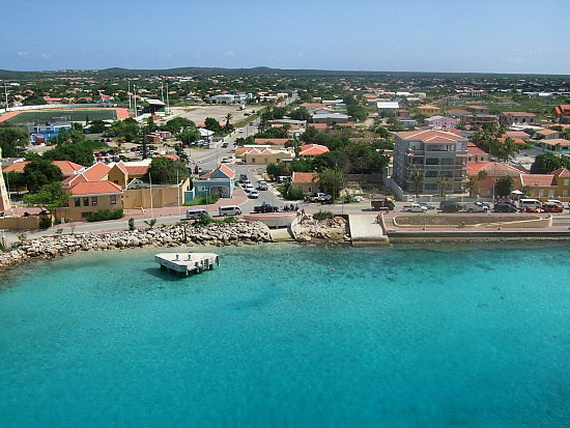 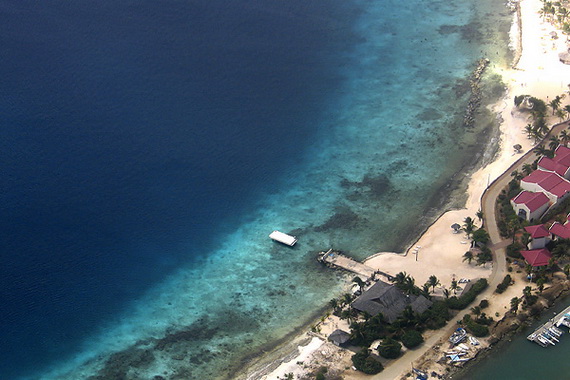 Bonaire’s first inhabitants were the Caiquetio tribe of Arawak Indians who came by wooden dugout canoes from the coast of Venezuela around 1350 B.C. Evidence of their presence can still be seen today by archaeological remains of Caquetio culture have been found at sites northeast of Kralendijk and near Lac Bay. A number of Caquieto rock paintings and petroglyphs which are the only traces left from the first inhabitants, have been preserved in caves where they lived at Spelonk, Onima, Ceru Pungi, and Ceru Crita-Cabai. The Caquetio Indians must have been a very tall people, for the Spanish name for the ABC Islands was ‘las Islas de los Gigantes’ or ‘the islands of the giants’. The Caquetio Indians lived as a peaceful people with a fishing-based culture until the arrival of the Europeans on September 6th, 1499. Alonso de Ojeda, Amerigo Vespucci and Juan de la Cosa discovered Curaçao, and a neighboring island for Spain that was almost certainly Bonaire. Vespucci succeeded in putting Bonaire on the world map. De La Cosa’s Mappa Mundi of 1500 shows Bonaire and calls it Isla do Palo Brasil or “Island of Brazilwood.” The Spanish conquerors decided that the three ABC Islands were useless and little of commercial value, because Bonaire had neither gold nor sufficient rainfall to encourage large-scale agricultural production, seeing no future for large-scale agriculture , and in 1515, the Spanish took and moved all the Indians, forcibly deported them to work as slaves in the copper mines of what is now the Dominican Republic on the island of Hispaniola and effectively leaving the island unpopulated. It was in that year, 1526,the Spanish returned to colonize the then uninhabited Bonaire. Caiquetios with some exiled Spanish sailors were brought along to the island, and domesticated animals from Spain were brought to the island by then governor Juan de Ampues (the Caiquetios were returned to act as laborers). Few years latter the Bonaire island was exploited very successfully and became a center for raising other animals (sheep, goats, pigs, horses and donkeys), and a source of salt, meat, hides, animal’s skins and divi-divi pods (used for tanning at the tannery in nearby Curacao). Bonaire island was also exploited for its Brazilwood. Today, there are a counts substantial populations of wild donkeys and goats among its wildlife that still inhabit the Kunuku. 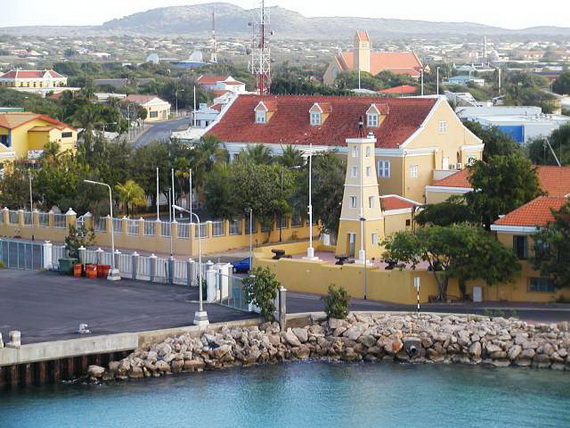 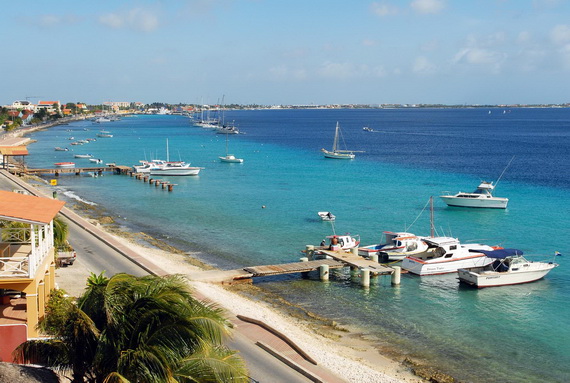 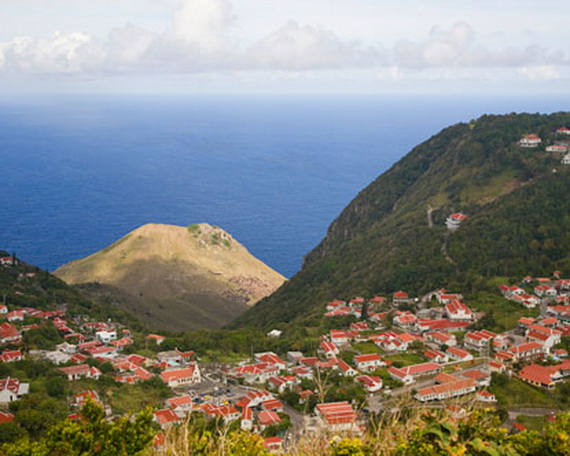 The only permanent Spanish settlement was the village of Rincon, located far inland where it was thought to be safe from marauding pirates. The Spanish were keen to have total control of the region whilst the Dutch wished to make Curacao their centre of operations in the Caribbean; Bonaire & Aruba were there to protect their flanks. In 1633, the Dutch took possession of Curacao, Bonaire and Aruba. The largest island, Curacao, emerged as a center of the notorious slave trade. Bonaire then became a plantation island belonging to the Dutch West Indies Company. When more labour was needed they imported African slaves forcing them to work, cutting dyewood and cultivating maize and harvesting solar salt in Rincon.The slave huts alongside the salt pans can still be seen today on the coast. African slaves were an important part of Bonaire island’s heritage. During the Napoleonic Wars, and due to changing European politics, the period of 1799 -1816, sometimes referred to as the “time of confusion” the ownership of Bonaire changed hands of various countries and individuals a number of times, as the English taking possession of the island several times in the early 1800’s. Finally being returned that year to the Dutch as a result of the Treaty of Paris. A small fort, Fort Oranje, was built to protect the island’s main resource, salt. Salt was one commodity that Bonaire had in endless supply, by 1837, Bonaire was a thriving center of salt production. The abolition of slavery in 1863 signaled an end to the era of exploitation of those first Bonaireans, many of the former slaves stayed on as sharecroppers. It was almost a hundred years later that the salt industry was revitalized. Today it is a division of Cargill, Incorporated, one of the largest businesses in the world. It also was during this time that the island began to attract visitors. The tourism we know today began at some point in the mid-1940’s, when the island government constructed the first ship’s pier in the harbor.This allowed cruise ships to make Bonaire a destination and tie up alongside the wharf and discharge passengers.It also became easier to bring in goods and supplies for the island’s residents. From here the island’s infrastructure began to build itself to support the newest type of off island visitor – the tourist. In 1943, a modern airport was construction in south Kralendijk which made it easier for tourists to reach the island. In 1951 the first hotel opened and tourism got the main form of income for Bonaire.
Bonaire is leader in sustainable tourism as it’s economy is mostly based on tourism and is world renowned for its scuba dive vacations and resorts. 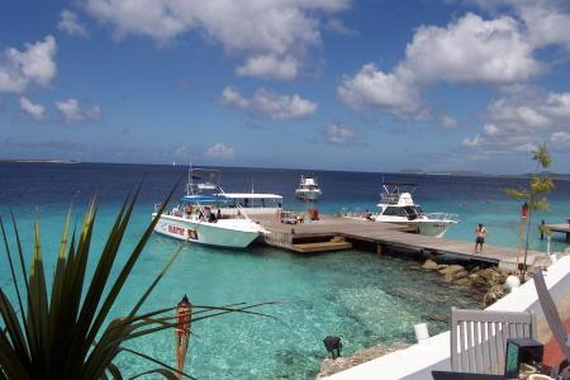 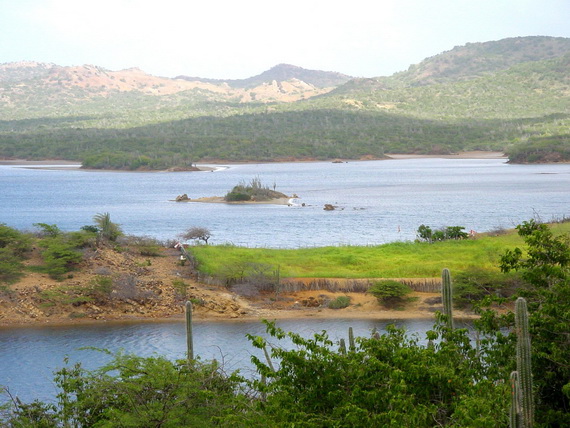 The entire island is surrounded by coral reefs for miles in every direction and few sandy beaches. The surrounding reefs are easily accessible from the shore (almost all locations being easily found and reached). The island’s reputation for unbeatable scuba divers and scuba diving and is consistently rated among the best diving locations in the world, because the coastline continues to be among the purest being protected by law since 1979 which made it the most valuable underwater adventures in the world. Wind surfers also constitute a strong group of island tourists, as the north side of the island (which is facing the Caribbean Sea) has large waves and wind gusts needed for windsurfing. One of the most extra ordinary thing is the wildlife. Over 170 species of national inhabit bird on the Island, the while vast orange-pink clouds of Flamingo are actually more than people especially in Pekelmeer Sanctuary and at Lake Gotomeer, in Washington Slagbaai National Park. Bonaire is considered one of only four places in the world where Flamingo colonies breed. While Iguanas meditatively toast themselves atop the desert rock formations of Washington Slagbaaiin north Bonaire.
Bonaire, easily accessible for Europe, So. America and the US, is a Caribbean crossroad for fun, sun and balmy climate (it is only 12 degrees north of the equator).
Travel Resources
Bonaire Hotels – View hotels near this location, check availability, maps, photos and reviews, and book at the guaranteed lowest price.
Bonaire Guided Tours – sightseeing tours and activities in the Caribbean.
View a selection of Books on Bonaire at Amazon. 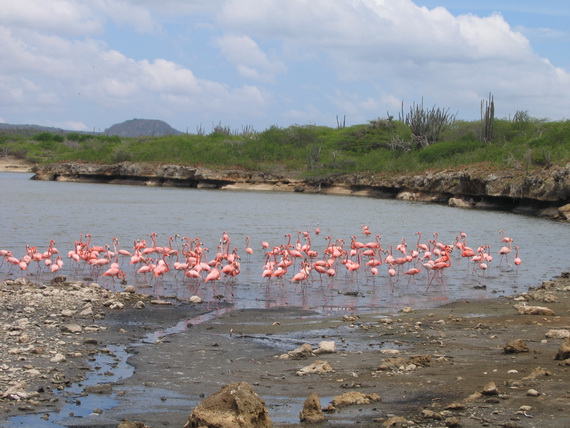 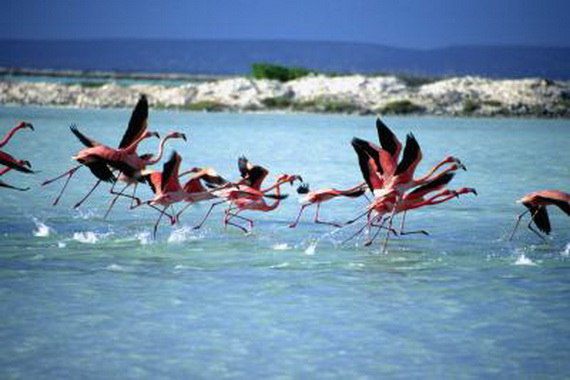 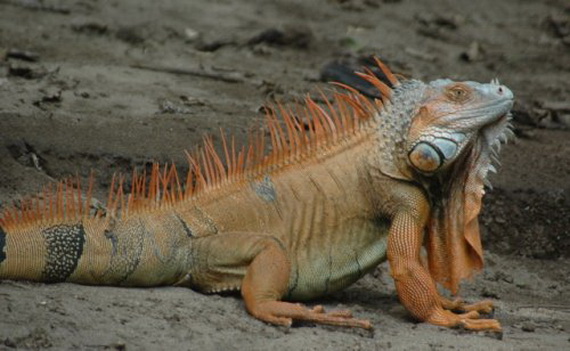 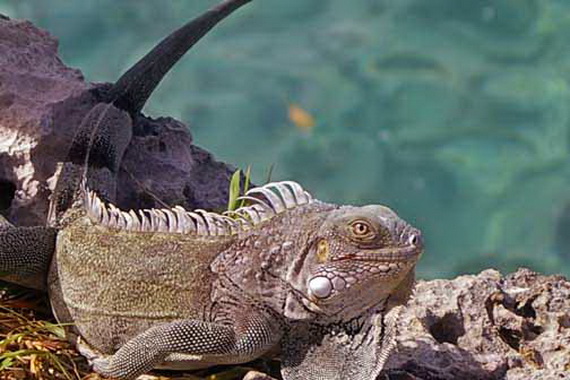 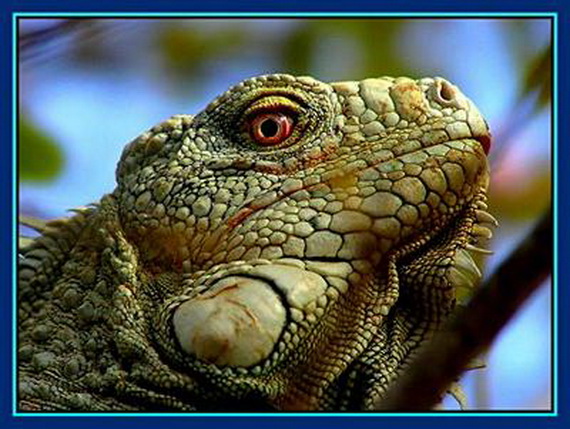 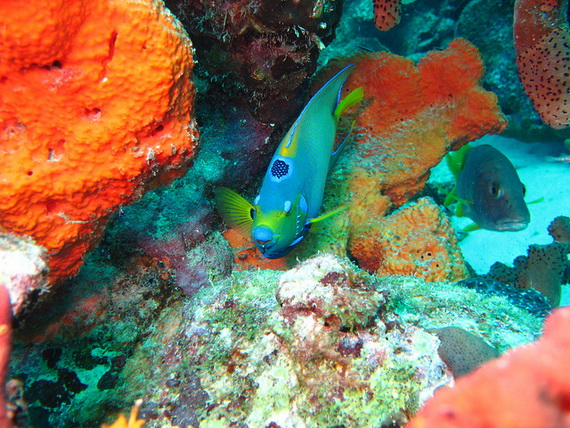 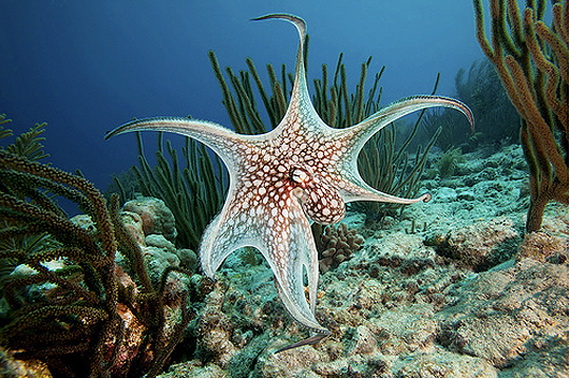 Holiday Gift Wrap Ideas That Are Creative And Easy!

Easy Halloween Crafts for Kids Can Easily DIY for Fun This...