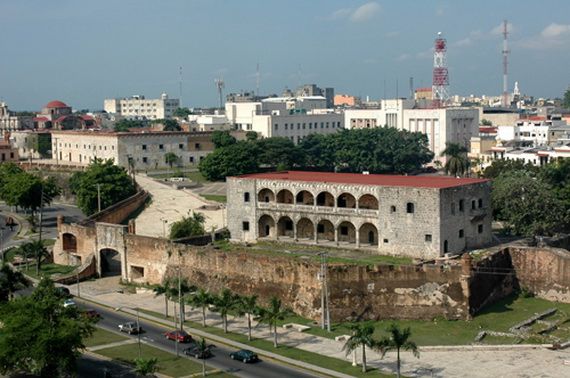 Discover the rich history, natural landscapes and magnificent 500 years colonial architecture of the first city founded in the new world in the Caribbean and Central America.; Santo Domingo and explore the past in the formerly named Hispaniola. Being one of the top destinations in the Caribbean every first time traveler is advised for at least have a visit to this Colonial City to feel as if they had been transported back to another time and which was recognized by UNESCO as a World Heritage Site in 1990. Zona Colonial (Colonial Zone) being a World Heritage Site these draw lots of visitors to explore these historic and charming Colonial city sites as the zone represents a collection of religious sites, military structures, and historic houses on an area of around 40 square miles (104km2). 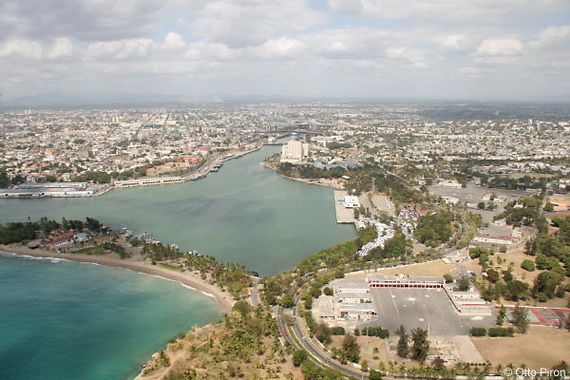 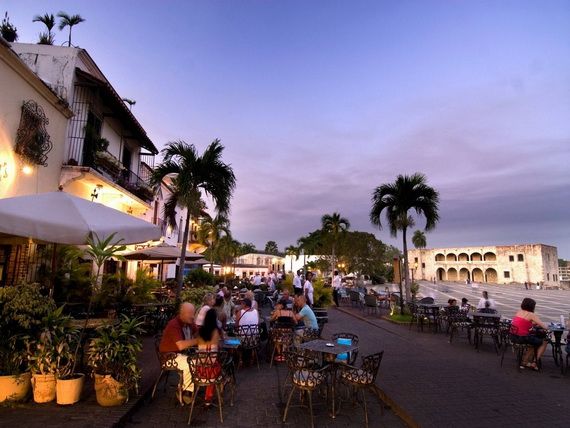 SANTO DOMINGO is the capital and largest city of the Dominican Republic, Located on the coast of the Caribbean Sea. Colonial City is the historic central neighborhood of Santo Domingo, was founded by Bartholomew Columbus in 1498 on the East bank of the Ozama River to be the oldest permanent European settlement (which included the first cathedral, hospital, customs house and university in the Americas) of the New World. Santo Domingo’s Colonial Zone the witness of the past, a model for almost all town planners in the New World as the first city founded in the Americas is filled with spectacular Spanish Colonial architecture.
Santo Domingo contain high number of landmarks and attractions in the Colonial Zone including;
1- Catedral Primada de America:
This is the first cathedral constructed in the New World; the cathedral was constructed between 1514 and 1542 and is one of the architectural wonders of the Colonial City. It features a variety of gothic architectural styles, including Gothic. 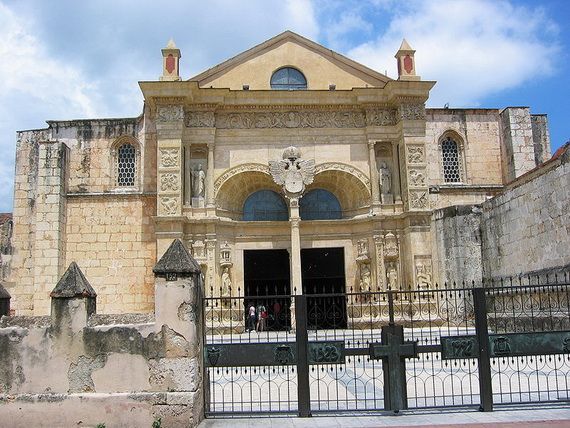 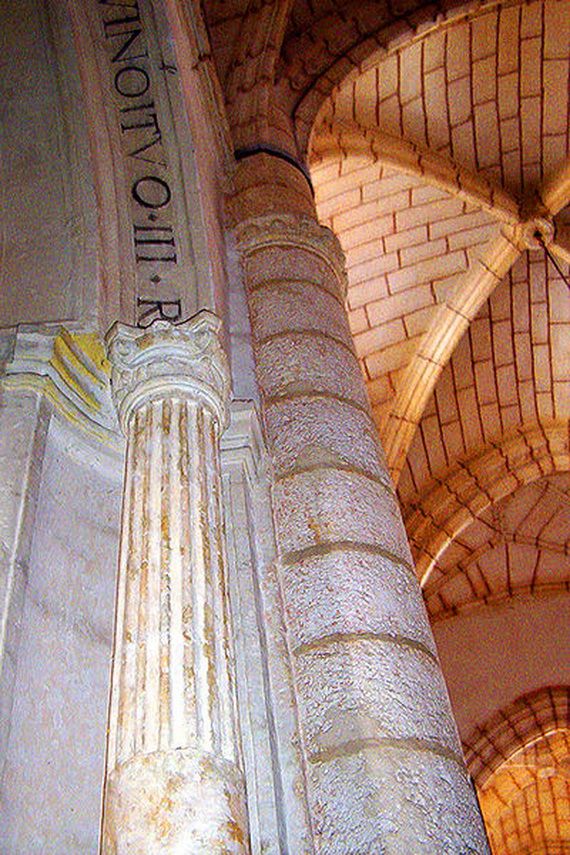 2-Fortaleza Ozama:
Forta leza Ozama – The Ozama Fort, named after the Ozama River. The Ozama Fortress and Tower of Homage were one of Santo Domingo’s first structures, built in 1503 before the construction of the cathedral by Fray Nicolas de Ovando, the governor of the island for settlement business and in order to protect the city. The Ozama Fortress and Tower of Homage were retained in its original medieval style and design. It was constructed out of stone and said to be the oldest formal military outpost still standing in America. In fact, it was used as a prison until the mid-19th century; inside there are eerie tunnels and dungeons where prisoners, including Christopher Columbus, were once held captive. 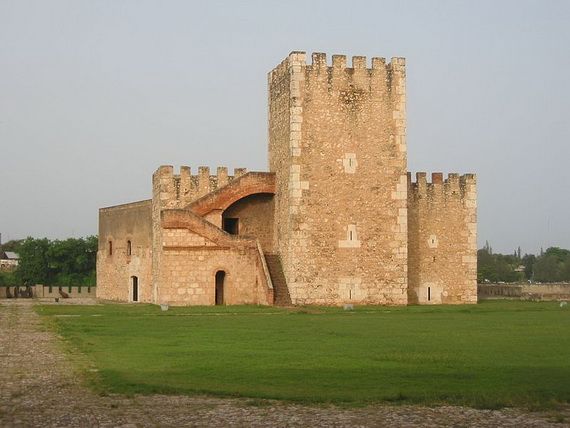 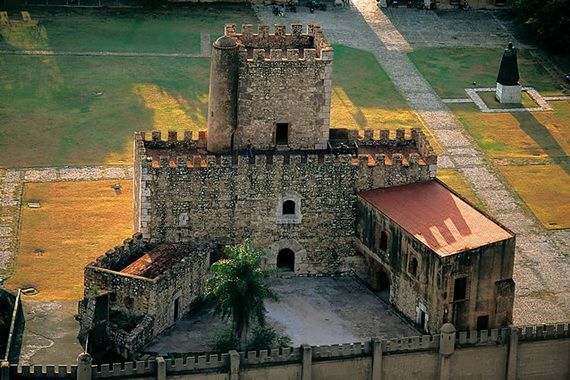 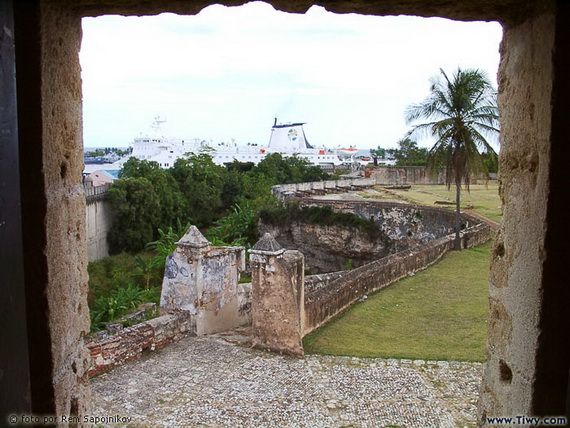 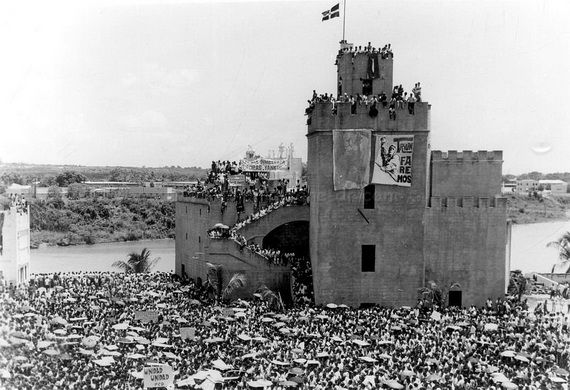 3-Plaza de España and the Alcazar de Colon:
The Alcázar de Colón, one of the most visited places in Santo Domingo located at the east end of the enormous Plaza de España. The Columbus Palace was originally the residence of Diego Colon, the son of Christopher Columbus, built (1510-1512). it hosted the first viceroy of America and National Monument Palace, home to one of the most important museums in the country (which is filled with original and reproduction furniture, and original Gothic and Renaissance art), dedicated to the Viceroy and Admiral Don Diego Colón second. 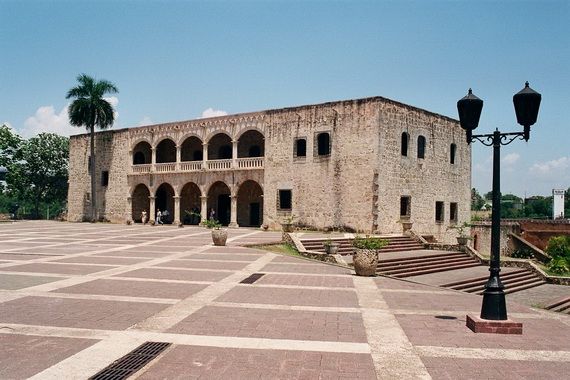 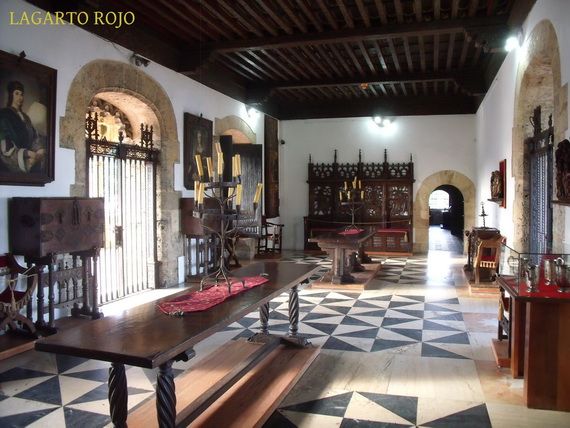 4-Museo de las Casas Reales:
Museum of the real Houses” is home to a collection that documents Santo Domingo’s history built in the 16th century In order to house its entire official building in one single structure. The Royal Household Museum houses both the Palace of the Governor General and the Palace of Royal Audiences. The entire complex has been a museum since 1976. 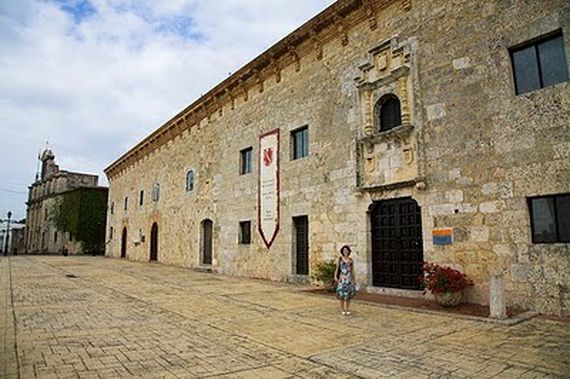 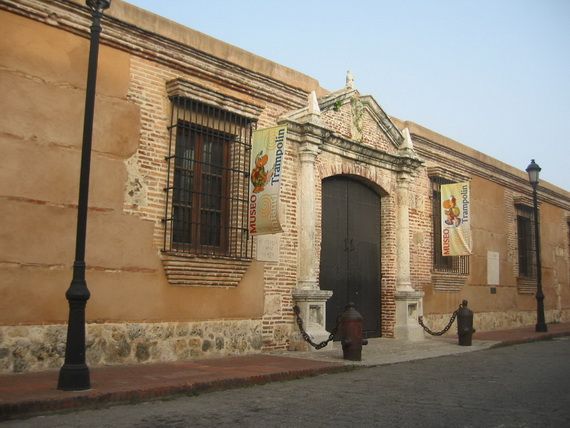 5. Calle Las Damas:
The very first paved street in the New World located in the Colonial City . The name “Las Damas” or “The Ladies” originates from the 16th century to the top of the colony ladies in Santo Domingo taking evening strolls down the street which is currently decorated with colonial tile. This street is as attractive Fortaleza Ozama, where many of the Colonial Zone’s principal buildings are located there the actual audience, the house of Don Rodrigo de Bastidas colonial houses, the National Library, the National Pantheon, and finally the Plaza Spain. 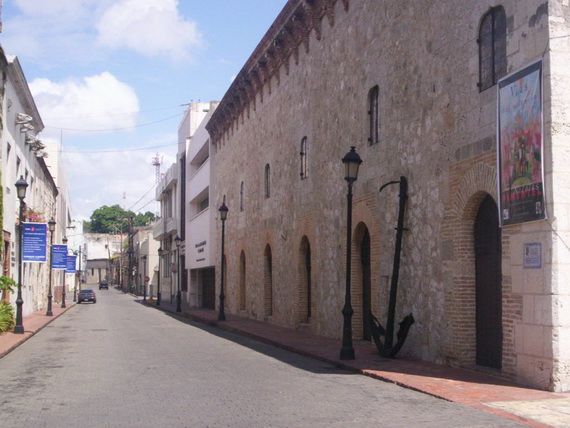 Santo Domingo contain high number of landmarks and attractions that is why there are very good reasons for the Colonial Zone’s status as a UNESCO World Heritage Site. So take your time and explore.