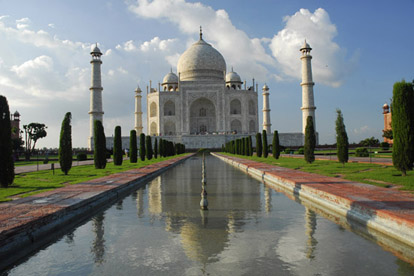 Traveling to India is incomplete without giving a visit to Agra, which includes a number of tourist sites, including global Taj Mahal. Is a mausoleum located in Agra, India on the banks of river Yamuna. It is one of the most recognizable structures in the world. Traveling to Taj Mahal palace, which is one of the seven wonders of the world. During the year 1983, the Taj became a part of the UNESCO, World heritage Site. Taj Mahal” has a beautiful love story behind its construction. Taj Mahal is considered a symbol of mortal love, where Shahjahan was buried alongside his loved wife, Mumtaz Mahal. Taj was built in 1652 the Mughal (the Muslim rulers of India) Shahjahan in the memory of his beloved pregnant wife Mumtaz Mahal, The Lady of the Crown, who died only a few minutes giving birth of his 14th child. 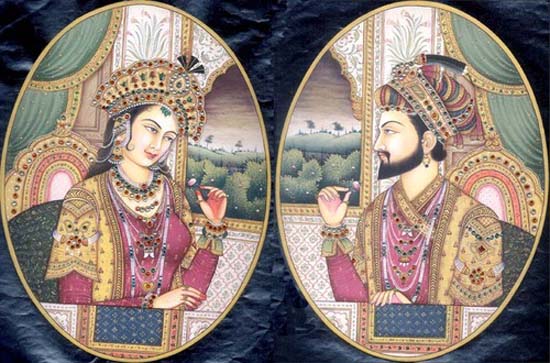 The final request of his wife was for him not to marry again and prove their endless love by building a dreamlike beautiful mausoleum (A mausoleum is an external free-standing building constructed as a monument enclosing the interment space). 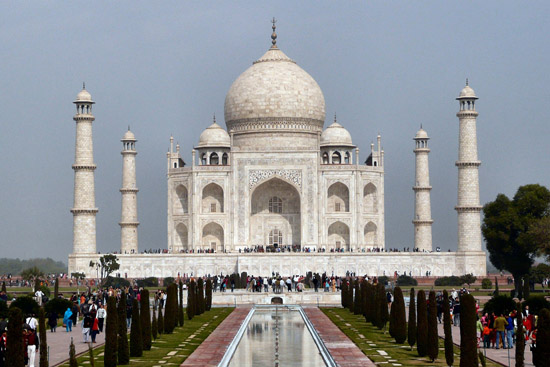 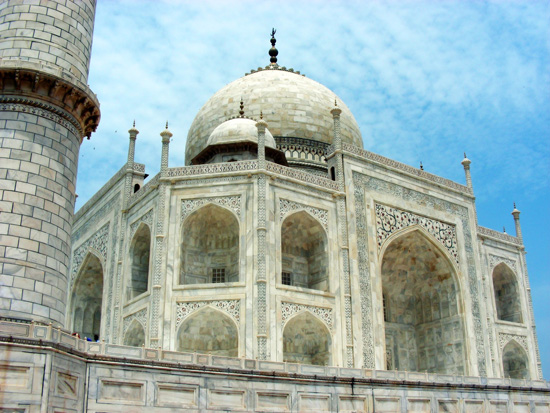 The Taj Mahal architect was Isa Khan the construction, who came from Shiraz, Iran to build this historic structure. Traveling visitors have been since the seventeenth century cutting off hundreds of thousands of miles across continents to visit this historic landmark. and international symbol with its poetic beauty, overwhelming passion and love. 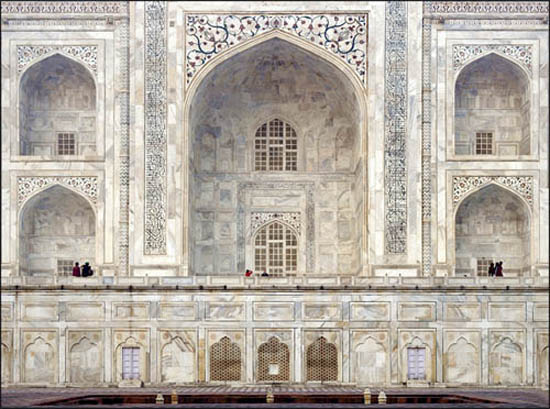 Most travelers to Taj Mahal consider it the finest human structures on earth, and it worth the trouble of travelling from far Earth to enjoy the beauty xpecially at dawn and sunset. It seems to glow in the light of the full moon and and unbelievable when viewed across the Jamuna river. 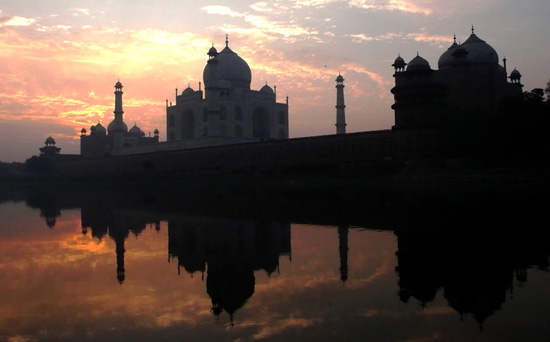 Taj Mahal is built entirely of white marblem, stands on a raised, square platform (186 x 186 feet) . The mausoleum is a part of a vast complex comprising of: A main gateway, a large garden, a mosque Guest House (Mehmankhana), Rest House (Naqqar Khana), and several other palatial buildings. Traveling to The Taj which  is at the farthest end of this complex, with the river Jamuna behind it. The garden contains four reflecting pools dividing it at the center. Each is subdivided into four sections and then each into yet another four sections. The garden elements serve like Arabesque, standing on their own and also constituting the whole. 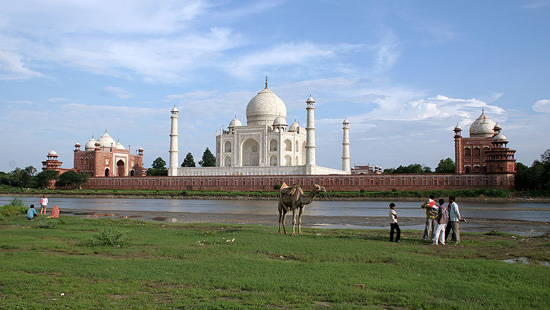 It took 22 years, and 22 000 workers for building, It was completed in 1648 C.E. at a cost of 32 Million Rupees but this palace, in fact is priceless it worth more than $ 100 million. It will not find one sells this value is historical romance. As the building was built for love. 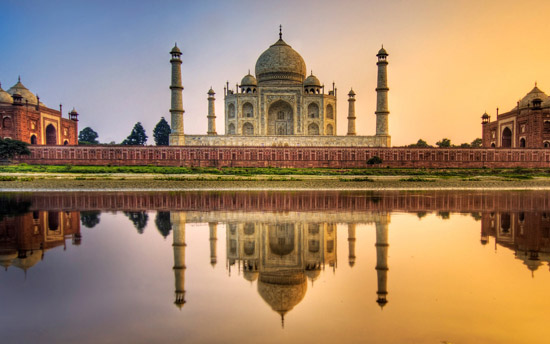 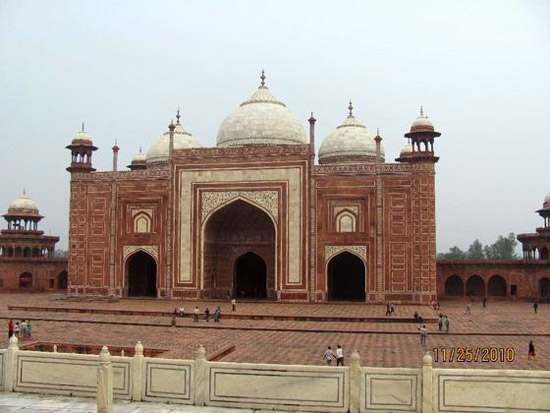 On either side of the mausoleum are two large red sandstone buildings,on the east side of the Taj Mahal mausoleum is this Guest House or Mehmankhana resembling the Mosque facing in the direction of Mecca. The floor has been decorated with a design of prayer mats in red. A central large archway and two smaller arches, all in red sandstone decorated with white marble. The mosque has a mihrab in it’s wall. 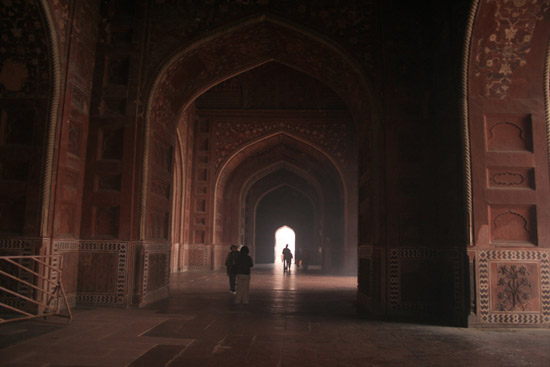 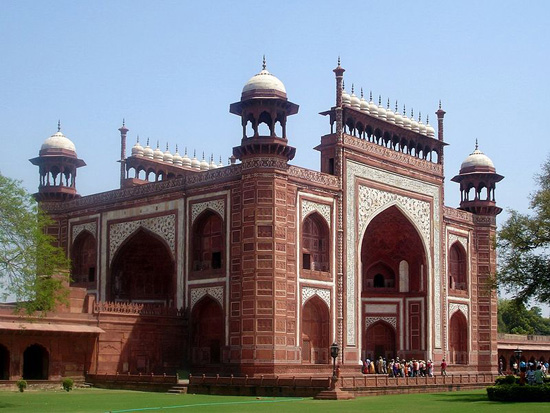 (Naqqar Khana) (resthouse), on the opposite side. This is also known as the Jawab (translated as ‘answer’) and was built to forms a symmetry and harmony to the whole Taj Mahal structure. it was thought to once house visitors to the monument
Identical in design to the mosque with the exception of the missing mihrab, and the design on its floor. 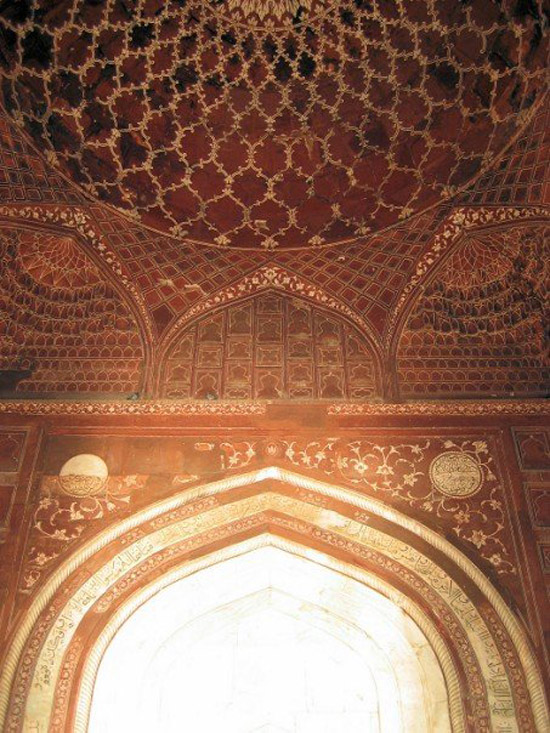 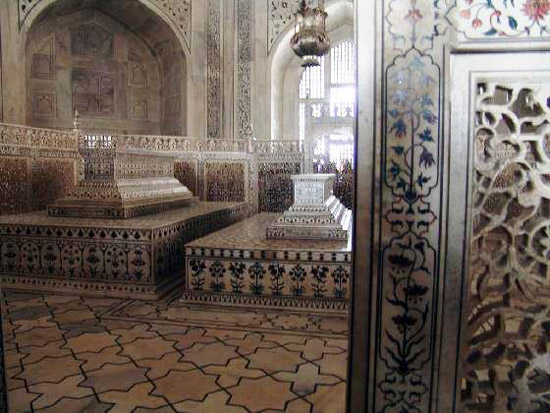 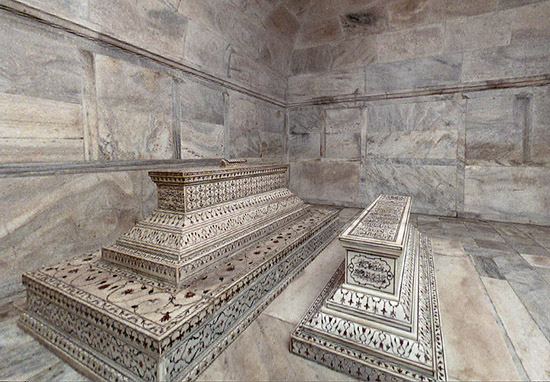 The architect’s (Shah Johan) dream and ambition did not stop there; and intended to build a similar tomb  complex on the other side of the river,but in black marble instead of white to act as a burial place for Shahjahan as his own mausoleum, his son Aurangzeb overthrew Shah Jahan before the black version could be built. He was imprisoned in his own palace at Agra until his death.(his traveling destiny) 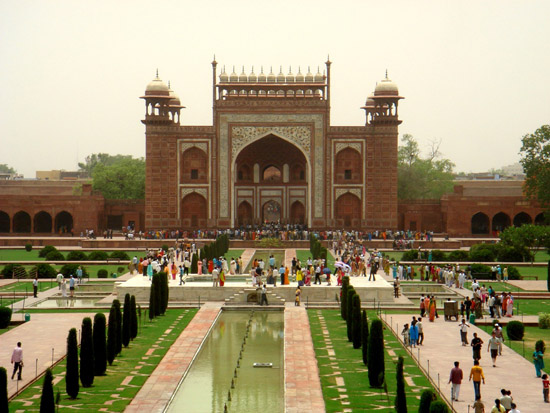 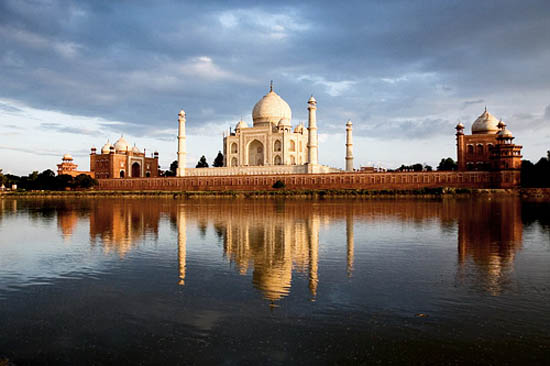 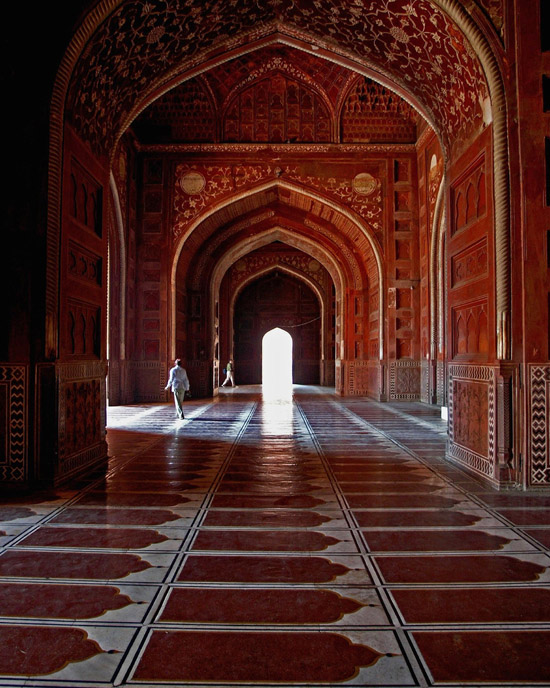