Petra is a must see when visiting Jordan. Petra a natural wonder that inspire the heart, soul and mind. It is a site in the Arab world, Jordan and the most important archaeological site. Traveling the world you will never fine any place like it, recently Petra won the second place in the international competition being one of the seven wonders of the world and a city fully carved in the rock representing an ancient world’s heritage culture. And considered to be, a splendid beauty in the history of mankind It is believed to have its origin before 106 AD. The lost city of stone It is also called the red rose city of Petra , any one traveling there has the felling of been taking to a different world full of mystery and beauty. Petra is of a perfect architecture , complex structure, quality and the non mentionable mere size. 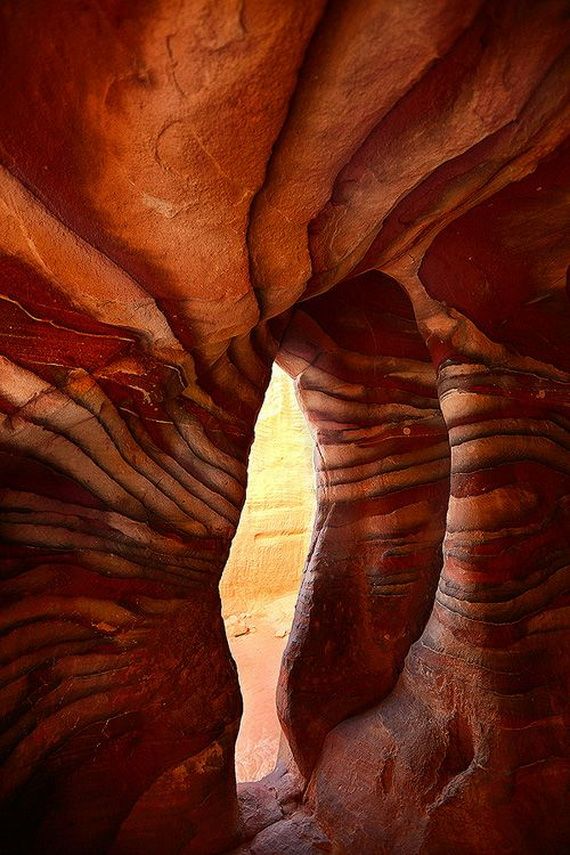 MOST BEAUTIFUL ROCKS EVER

Petra has lovely shade of rusty red rocks. But some of the rocks have beautifully marbled colors of red, yellows, greens, and whites you can see it on the way to the Roman Soldier’s Tomb. The Siq There are so many ways to get into Petra but nearly none of them are easy, and if the valleys are sealed, it is almost impossible for anyone to enter since the main entrance to Petra is called the Siq; a long uncover a very long narrow path of mountains1216 meters , about five meters wide, not very well lighted and very cool the sides are high as 200 m (650 ft.) (as if was made by an earth quack). walking through the Siq takes about half an hour on foot allowing the visitor to enjoy the details of the red color gradient in the veins of sand on both sides .the Siq. 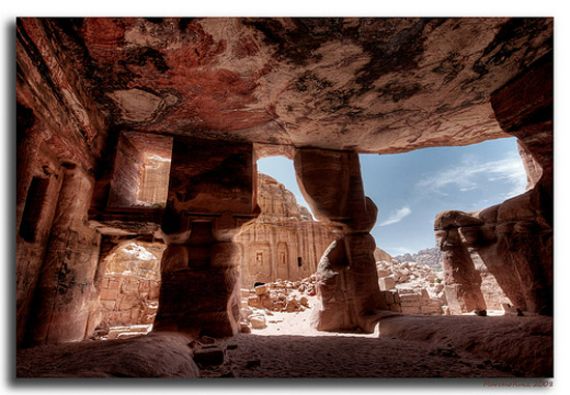 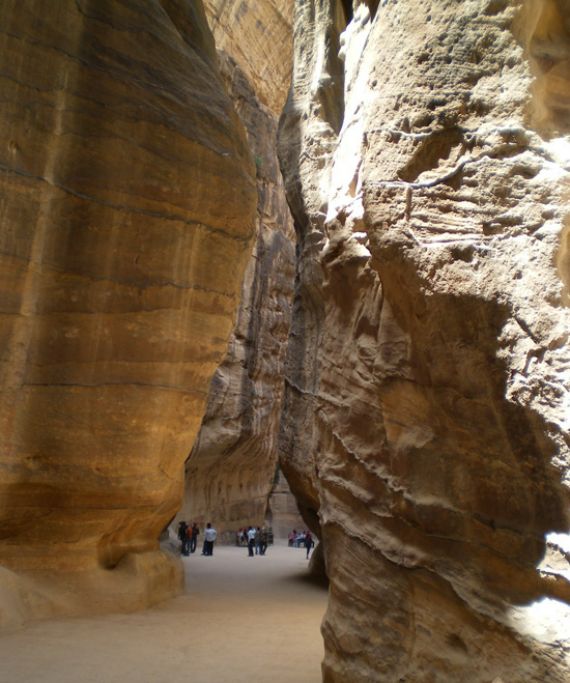 An out way through the mazed entanglements of towering red rock makes you  believe that you  have traveled back to ancient times, as traders rode in and out. These out ways  through the towering red rocks  did not let the western world travelers know Petra unti1812, were John Lewis Burckhardt tricked his Bedouin guides to lead him there in to it. without a Bedouin guides you could not find your way to this spot, traveling down and up cliffs, across flat plains, but Petra is an amazing site. The Kazneh There are more 800 carved tombs in Petra, the Kazneh is the most attractive and famous. Its name means “treasure” and was believed that the Bedouin Pharaoh was chased by the Israelites and hid his treasure in the urn at the top of the Kazneh. Kazneh is A building carved deep into the rock 30 meters wide and a height of 40meters. (The Kazneh) was popularized in American culture (Indiana Jones and the Last Crusade movies). 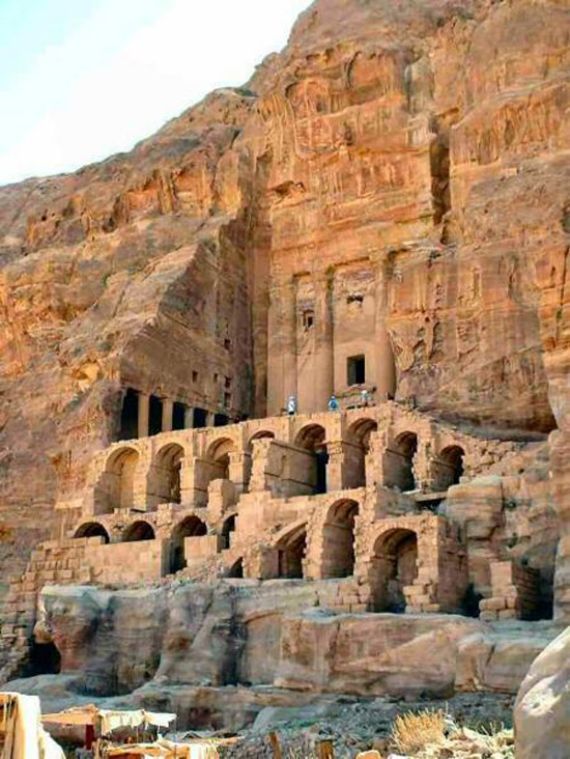 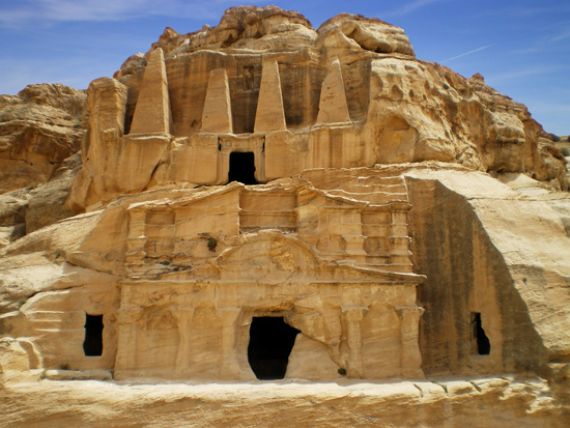 Jebel Haroun, And near in the city, Jebel Haroun, who is believed to contain the tomb of the Prophet Aaron, and the seven springs exploded when Moses hit the rock with his stick. 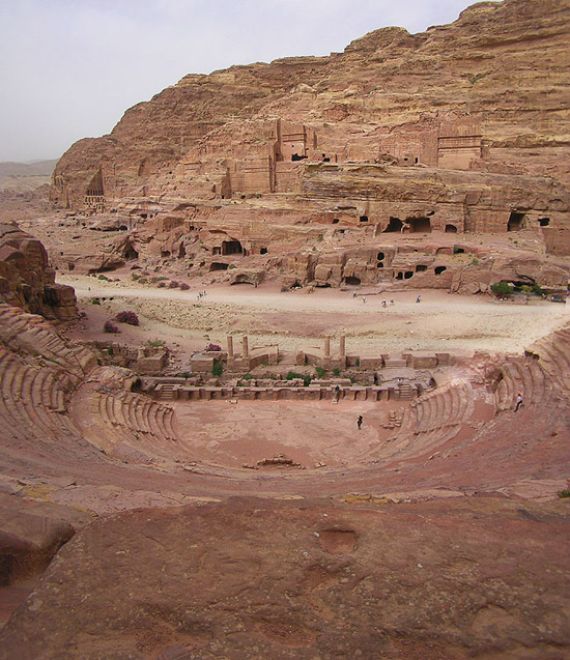 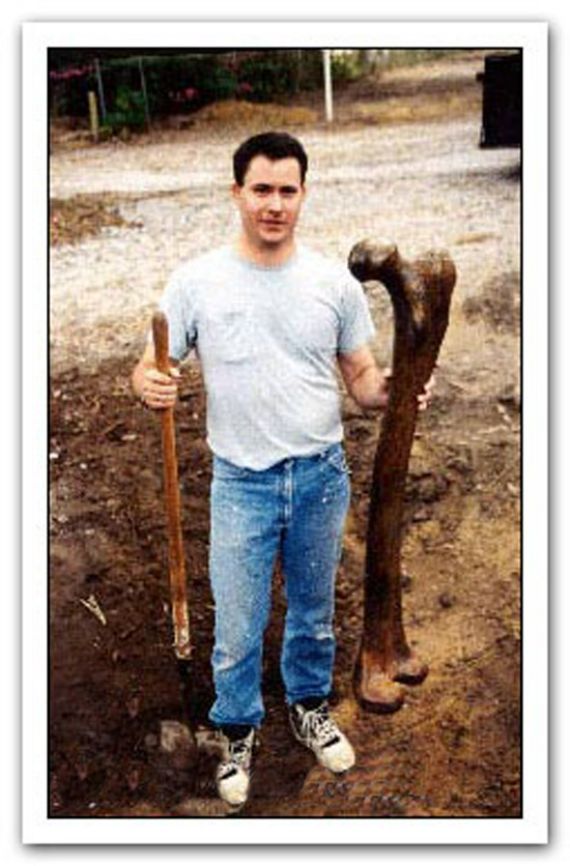 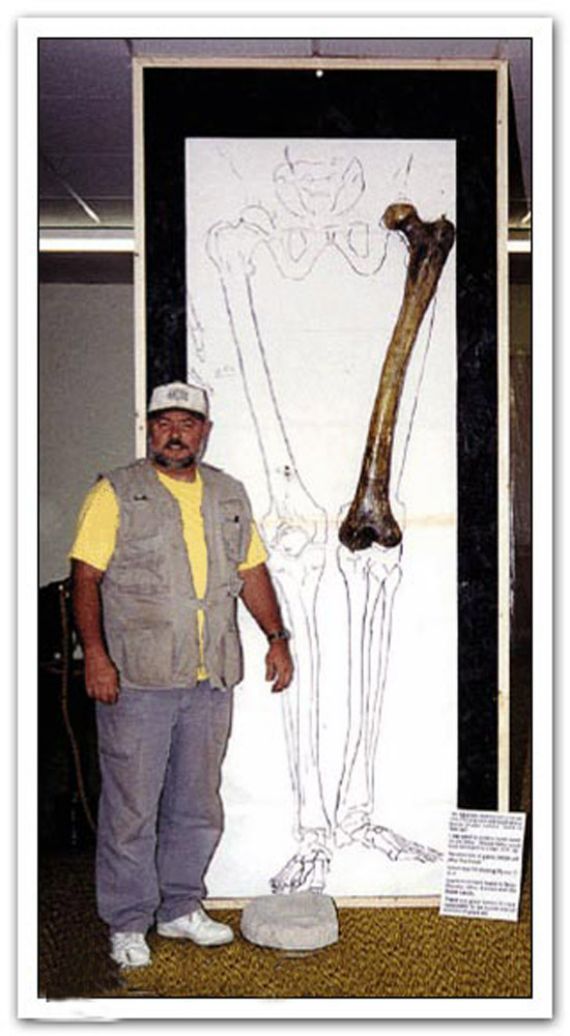 Trendy Holidays Hairstyles for a Trendy Look on 2013