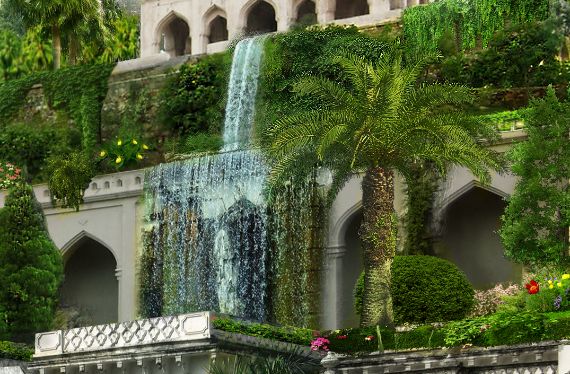 Although the Hanging Gardens is a Seven Wonders of the ancient world, there is a possibility that it may not even have existed. SO, why is the Hanging Gardens of Babylon one of the Seven Wonders of the World?  It was list of the 7 wonders of the world as it was a supreme example of an outstanding exotic nature of the gardens by their beauties, their technical exploits, their peculiarities and the architectural infrastructure that supports them compared to the more familiar Greek items in the ancient world. Maybe the idea of the Seven Wonders was created in the first place to highlight the Hanging Gardens of Babylon and the wonderful human endeavors. Not forgetting the mystery of the hanging garden of Babylon surrounding its location and disappearance. 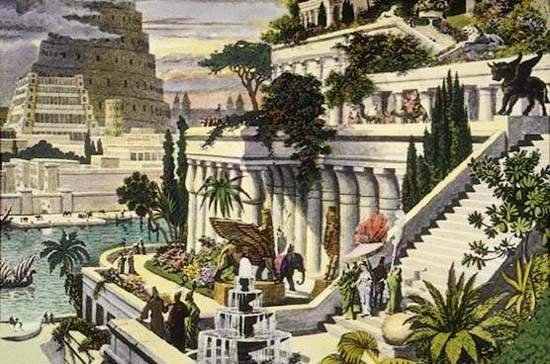 Hanging gardens of Babylon location were built in the ancient city-state of Babylon, the most famous city from ancient Mesopotamia, near present-day Al Hillah, Babil, in Iraq, by the Babylonian king Nebuchadnezzar II around 600 BC. People wonder of the Hanging gardens of Babylon now ; it is the most questionable question … Where would Babylon be today? Some even wonder whether they actually existed. In fact there is no documentation and no solid archaeological evidence too. But many presume that The Hanging Gardens of Babylon occurred on the east bank of the River Euphrates, in the middle of the arid Mesopotamian desert, south of Baghdad, Iraq. It contained exotic plants and animals which were imported from all over the world. Surprising, yet no one knows for sure that The Hanging Gardens of Babylon might have never existed except in Greek poets and historians imagination… Hanging Garden of Babylon Iraq Ancient Wonder.

If this Ancient wonder site exist? It would be a testimony to one man’s ability to, against all the laws of nature, creates a botanical oasis of beauty amid a bleak desert landscape. If they did exist, what happened to the hanging gardens of Babylon? there is a report that they were destroyed by an earthquake in the 2nd Century BC. Because it was mostly made out of mud-brick, then its remains, was slowly eroded away through the coming years with the infrequent rains. 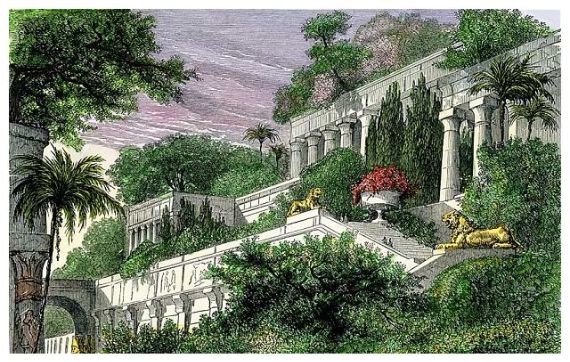 Hanging Gardens of Babylon…why they were built or who they were built for? Hanging Gardens of Babylon was a Gift for A Homesick Wife, Amyitis for the plants and gardens of her homeland. King Nebuchadnezzar created the gardens as a sign of esteem for his wife and to please her, because the land she came from, though, was green, rugged and mountainous( Medes), and she found the flat, sun-baked terrain of Mesopotamia depressing. Amyitis, the daughter of the king of the Medes, was married to Nebuchadnezzar to create an alliance between the nations.
The Hanging Gardens probably did not really “hang” in the sense of being suspended from cables or ropes, but were on high rooftops, giving the illusion of hanging. The name comes from an inexact translation of the Greek word kremastos or the Latin word pensilis, which means not just “hanging but “overhanging,”.
It has been suggested that the plants that filled the rooftop garden had vines so long that they covered the building walls. 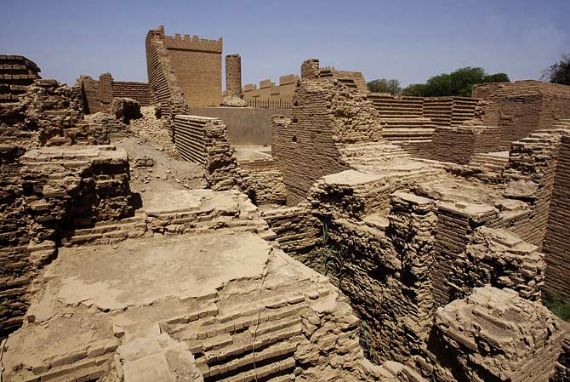 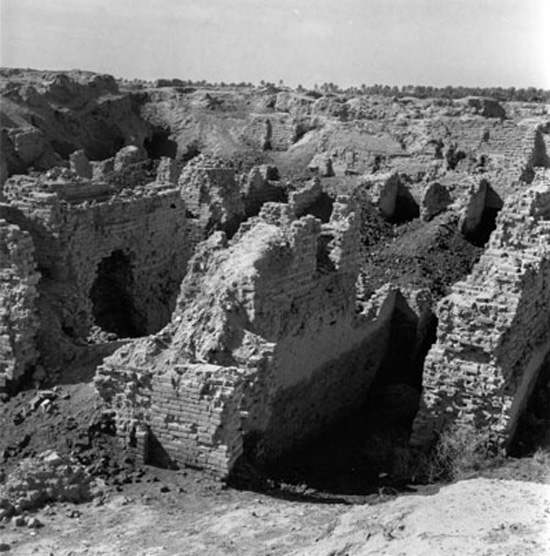 The Hanging Garden has plants cultivated above ground level, and the roots of the trees are embedded in an upper terrace rather than in the earth. The whole mass is supported on stone columns… Streams of water emerging from elevated sources flow down sloping channels… These waters irrigate the whole garden saturating the roots of plants and keeping the whole area moist. Hence the grass is permanently green and the leaves of trees grow firmly attached to supple branches… This is a work of art of royal luxury and its most striking feature is that the labor of cultivation is suspended above the heads of the spectators”. Enjoy the hanging gardens of Babylon images. 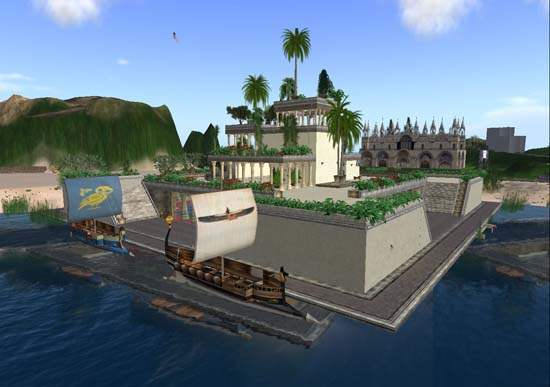 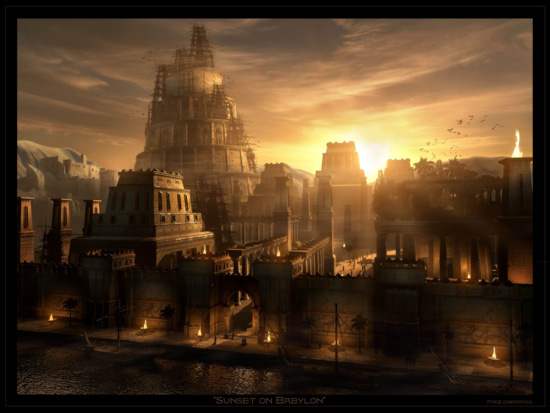 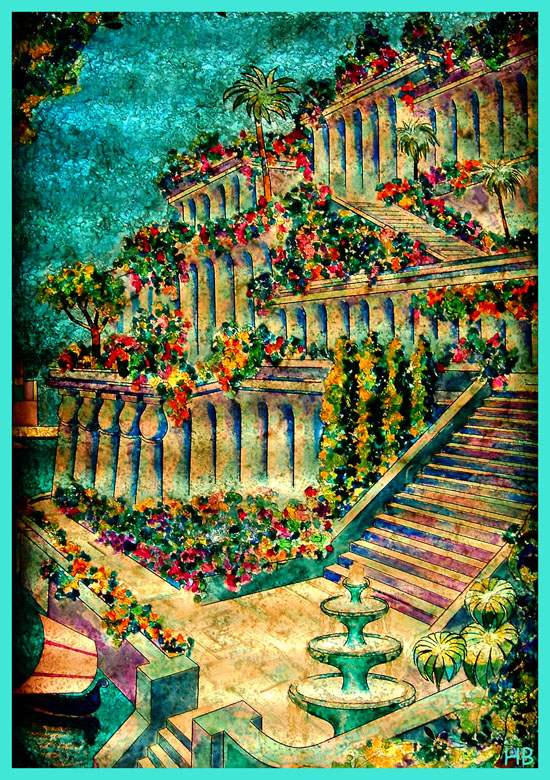 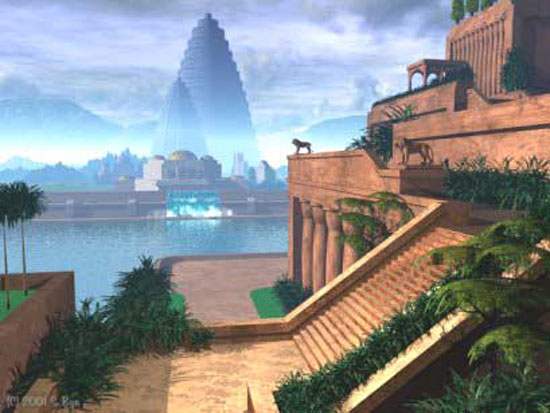 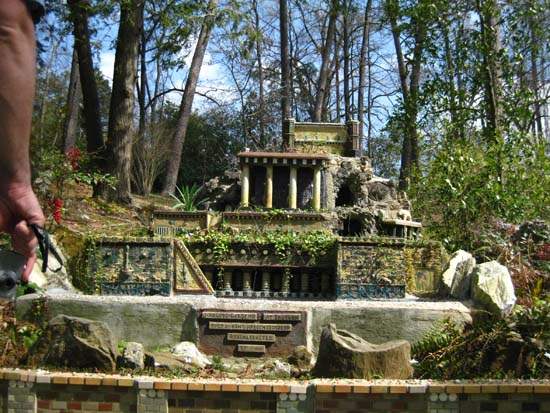 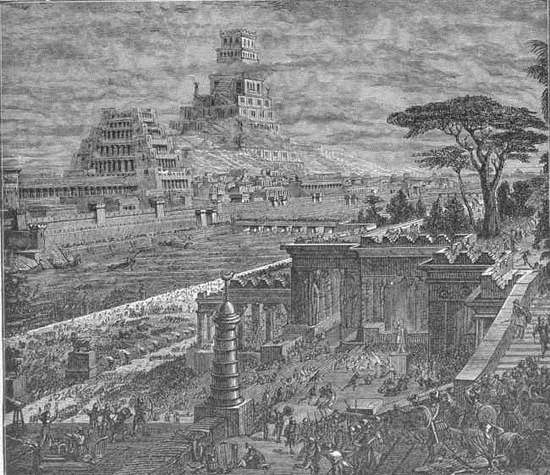 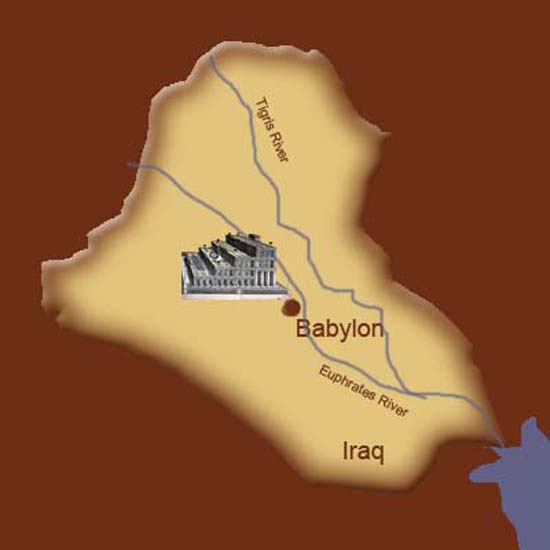 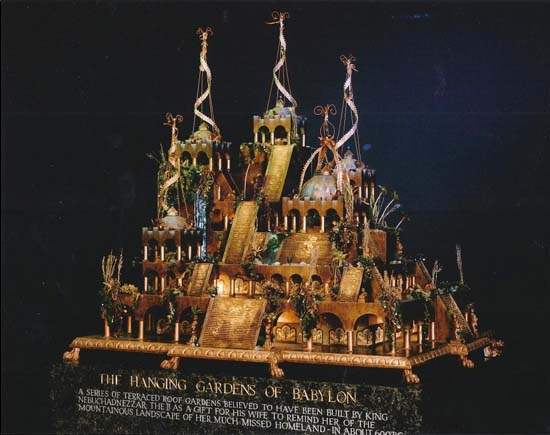 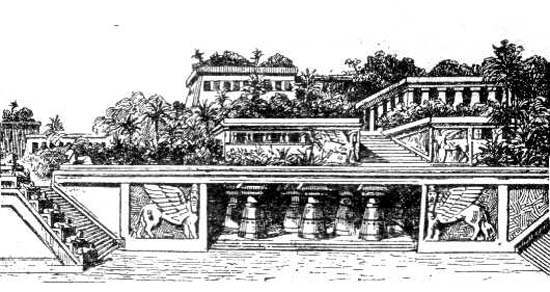 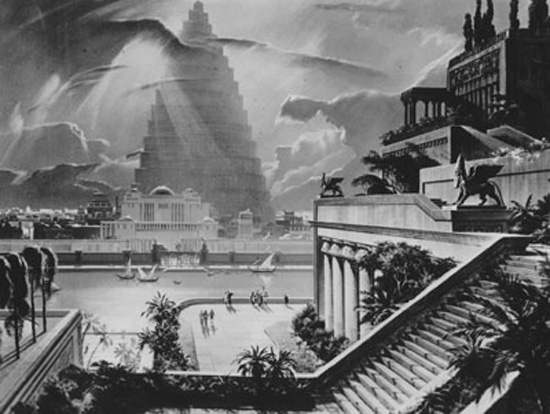 How to decorate Glass bottles with Decoupage -DIY Recycle with Art