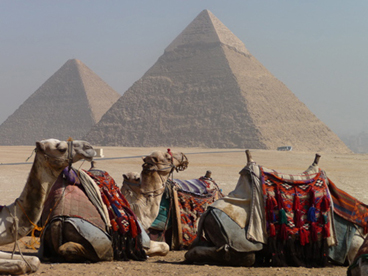 The Pyramids of Giza are the most famous monuments of ancient Egypt. Egypt has more than 100 pyramids that are spread all over the country. These pyramid structures are made up of sandstone brick. The pyramids were built for the rulers of Egypt The Pyramids of Ancient Egypt were built as tombs for Kings (and Queens), to hold the physical body of a pharaoh.They were built nearly 4600 years ago. The first pyramid that was built in Egypt was the Pyramid of Djoser during the third dynasty. Other pyramids in the world certainly exist, but their purpose, for the most part, was different than those of ancient Egypt.

The most famous outside Egypt are probably those located in Mexico and to the south of Mexico, but these appear to have been built more as temples. 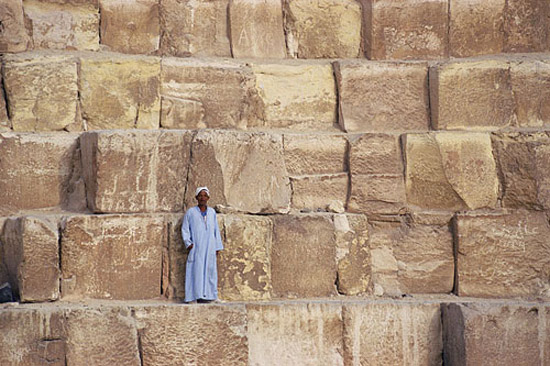 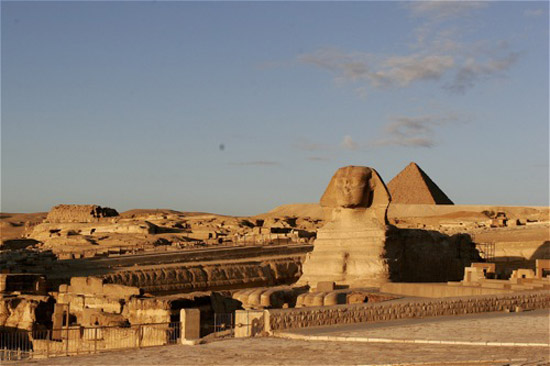 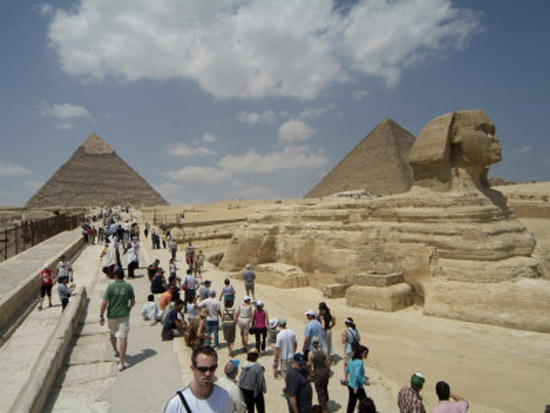 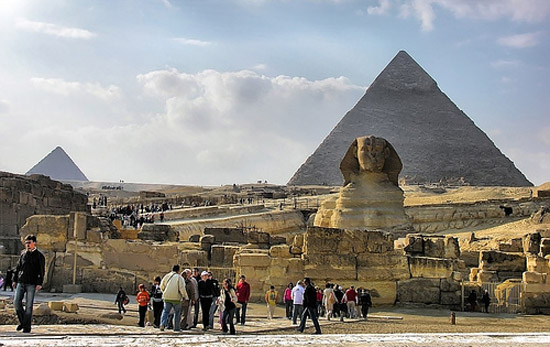 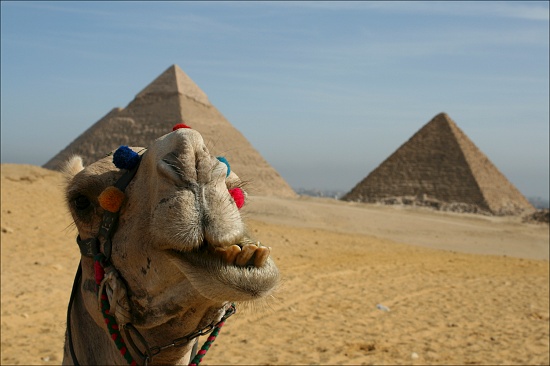 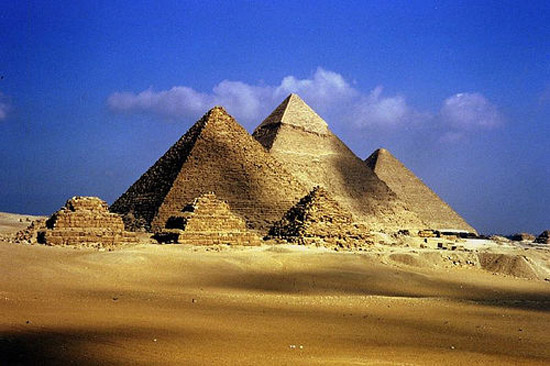 The Egyptian pyramids are the ‘Pyramids of Giza’ were built on the outskirts of Cairo.
The Pyramid of Khufu at Giza is said to be the largest Egyptian pyramid ever made in the history. This pyramid figure is one of the seven Ancient wonders of the worlds.
The Giza Pyramid of Egypt, the only remaining Wonder of the Ancient World, was granted an honorary site in the New Seven Wonders of the World. 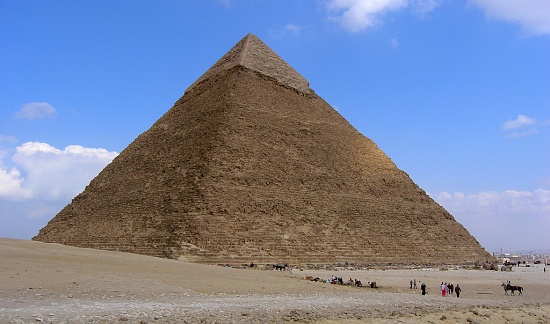 The Pyramid of Kufu is also known as the Great Pyramidof the pharaoh Cheops as was called by Greeks; who listed this pyramid as the first wonder of the world. It is the only one of the seven ancient wonders still remaining to our days and is believed to have been built over a 20 year period . 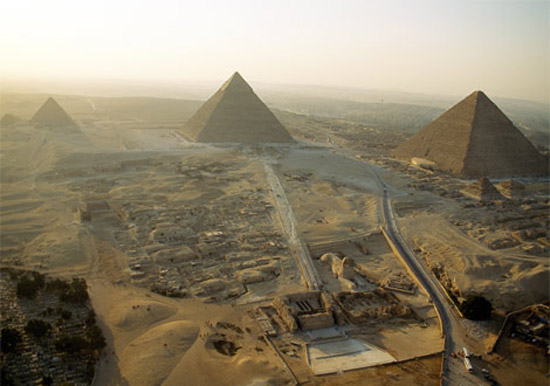 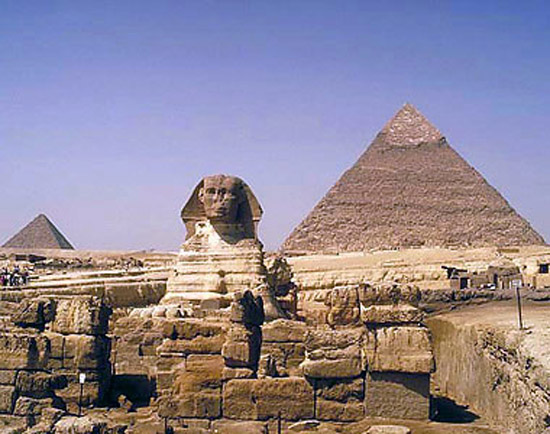 The total mass of the great pyramid is estimated around 5.9 million tons and its volume is approximately 2.6 million cubic meters. 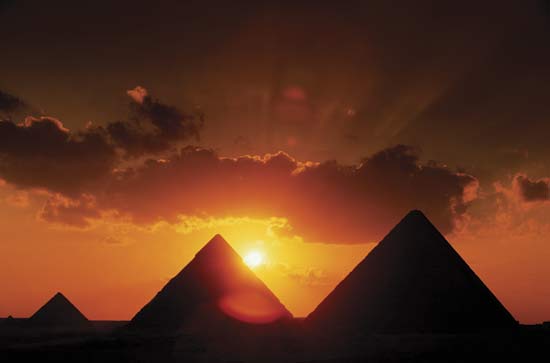 The Great Pyramid was made of 2.3 million stone blocks modern calculations estimate that at least 300 000 men would have been required for this monumental work , it was believed that workers were slaves, but now there are modern theories that say they were skilled workers. 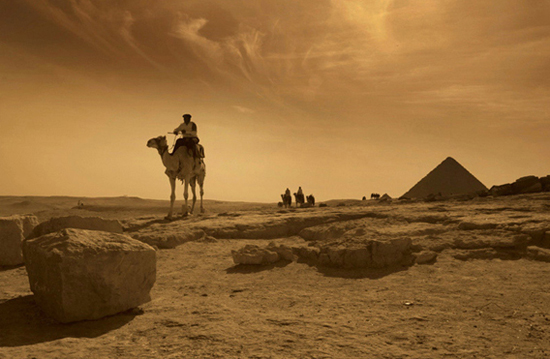 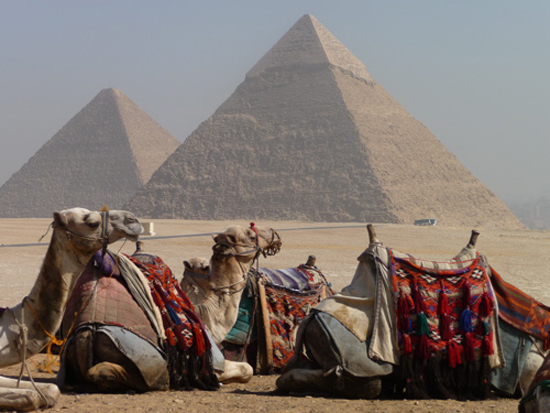 The pyramid of Menkaure further has 3 smaller pyramids that are subsidiary to this main pyramid and are called the queens’ pyramids. 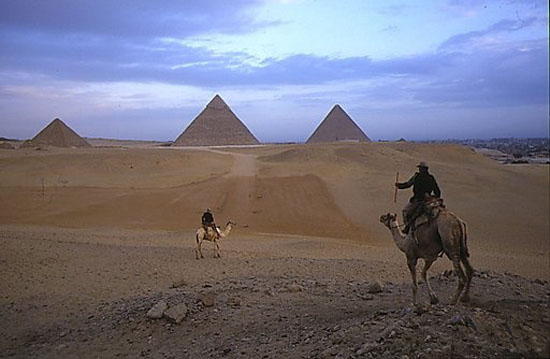 The pyramids at Giza attract maximum traveling tourist attention every year.said to be “The major” and on top of any list – The Pyramids of Giza and a source of imaginative thought to the world for over three thousand years. 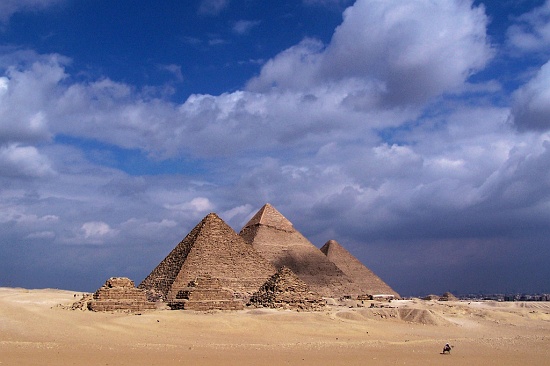 Many people consider still Giza as a spiritual and energetic place; therefore several privates groups visit Giza all the time attracted by the mystical aspect of the Great Pyramid. 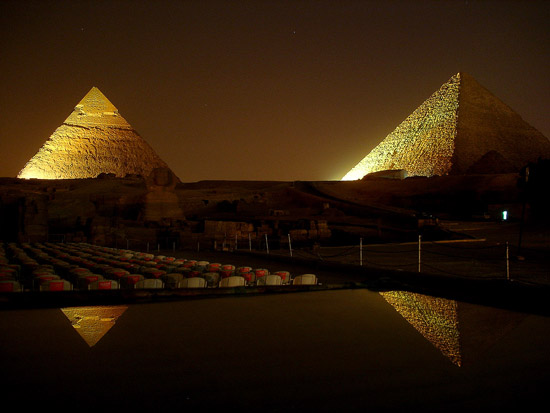 Traveling to the magnificent Pyramids of Giza, the one remaining Wonder of the ancient world, is complete when enjoying the performance of the spectacular one-hour Sound and Light Show at the Pyramids of Giza which takes place every night, ,music, historical narration, lights and images played out on the ancient stones themselves and on the eternal Sphinx, bringing alive the amazing history of these 5000-year-old monuments, with a unique and memorable evening extravaganza.

Traveling to Boston The Cradle of Liberty Massachusetts