The Statue of Zeus at Olympia (the Greek god Zeus ) in whose honor the Ancient Olympic games were held. The Statue of Zeus was the fourth oldest Wonder. One of the classical and the smallest of all the Seven Wonders of the Ancient World. It was carved by the famed sculptor Phidias around 435 B.C.E. in Olympia, the same artist who created the famed statue of the goddess Athena for the Parthenon in Athens.

It was 40 feet high and represented Zeus seated elegantly on his throne of cedar wood, inlaid with ivory, gold, ebony, and precious stones. Its base was 20 feet wide and 3 feet high. Greek Pausanias wrote: On his head is a sculpted wreath of olive sprays. In his right hand he holds a figure of Victory made from ivory and gold… In his left hand, he holds a sceptre inlaid with every kind of metal, with an eagle perched on the sceptre. His sandals are made of gold, as is his robe. His garments are carved with animals and with lilies.

The throne is decorated with gold, precious stones, ebony, and ivory. The circumstances of the eventual destruction of the Statue of Zeus at Olympia are a source of debate: So many theories suggests it was destroyed by a meteor, struck by earthquakes, landslides and floods, and the temple was damaged by fire in the fifth century AD. Still others believe that it was transported by wealthy Greeks to a palace in Constantinople, where it was destroyed in the great fire of the Lauseion. (Schobel 1965).There, it survived until it was destroyed by a severe fire in AD 462. Today nothing remains at the site of the old temple except rocks and debris, the foundation of the buildings, and fallen columns. 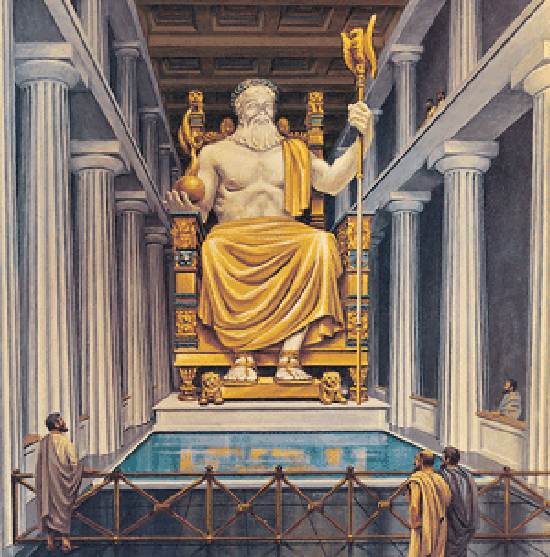 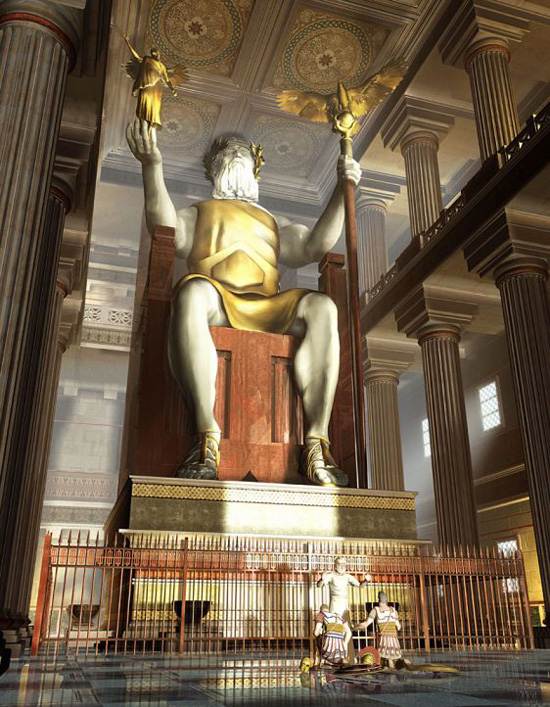 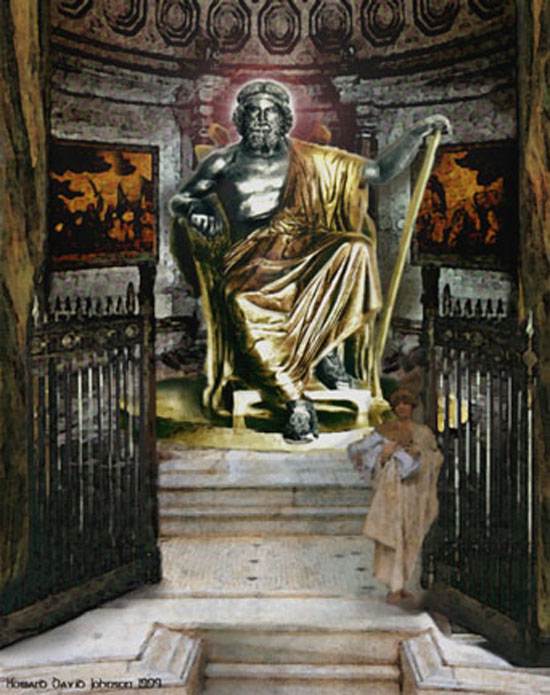 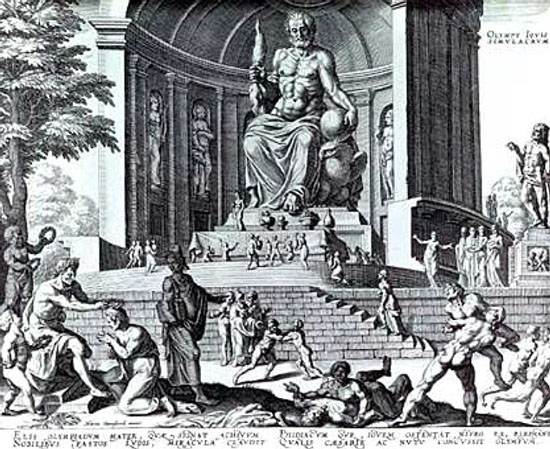 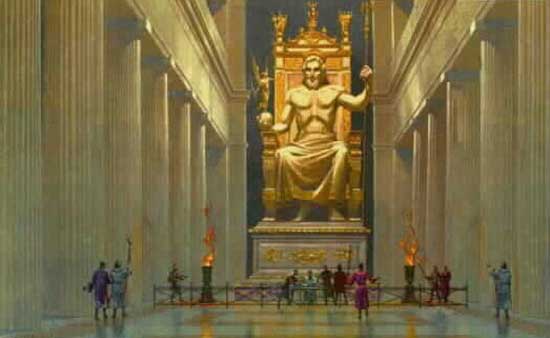 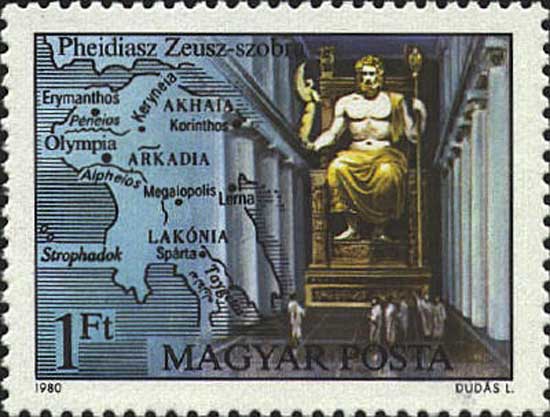 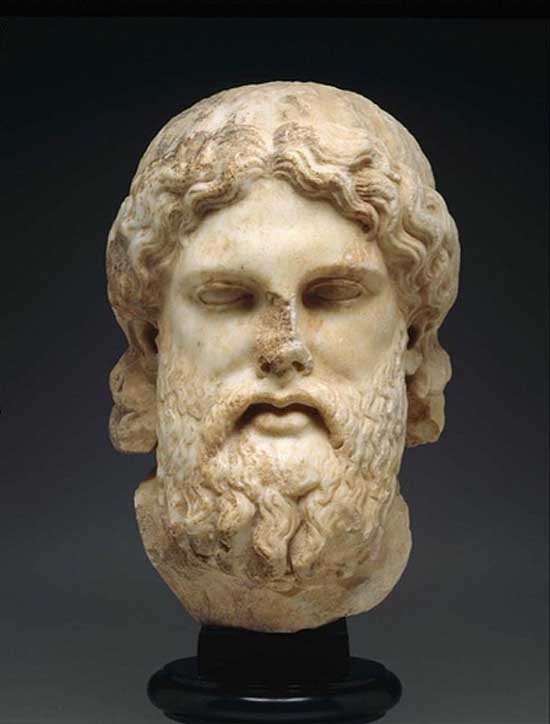 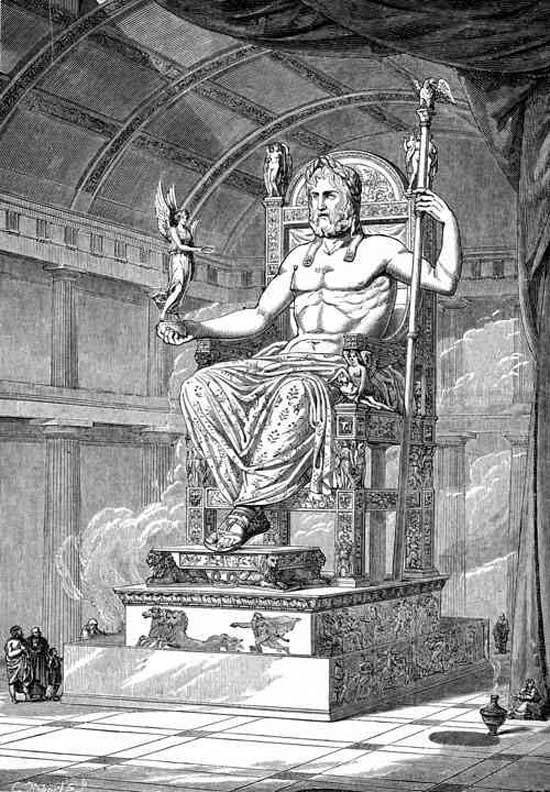 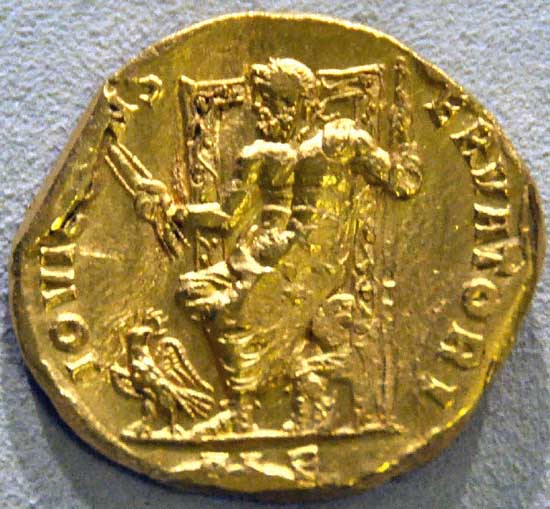 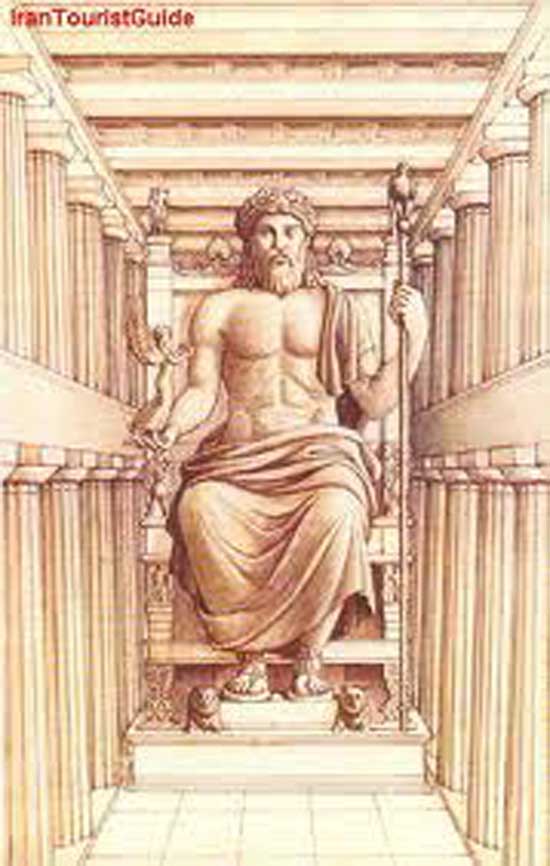 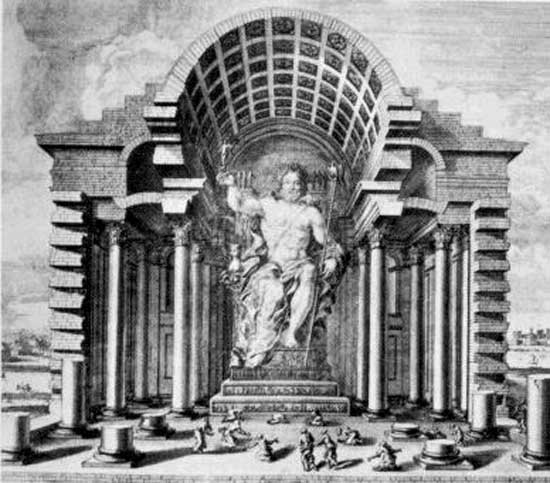 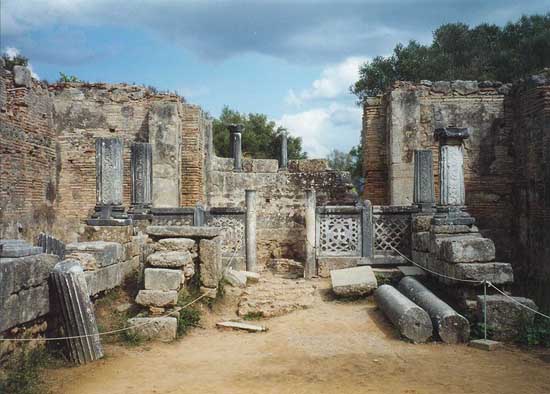