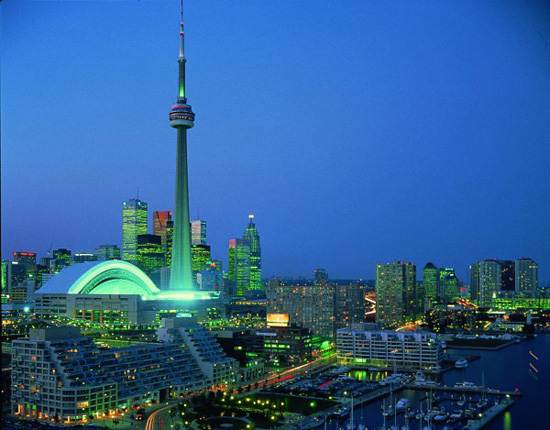 A man made marvel is a communications and observation tower Located in the heart of Downtown Toronto, Ontario, Canada. The CN Tower is the world’s tallest building as well as Canada’s most recognizable icon.  At a height of 553.33m (1,815 ft., 5 inches), the tower is the center of tourism in Toronto. Its Sky Pod observation deck, the highest man-made public observation level in the world, is 1465 feet up.

In 1995 was declared one of the modern Seven Wonders of the World. It also belongs to the World Federation of Great Towers, where it holds second-place ranking. Opened to the public on June 26, 1976 ,and officially opened on October 1, 1976 , becoming, the world’s tallest free-standing structure, building and world’s tallest tower, when it overtook the Ostankino Tower until 2007. It held both records for 34 years until the completion of Burj Khalifa in Dubai and Canton Tower in Guangzhou. But as of 2010 retains the title of world’s tallest tower.

The SkyPod consists of three levels: at 342 m (1,122 ft) are an outdoor observation deck and an indoor portion with a glass floor, at 346 m (1,136 ft.) are “Horizons Café” and another indoor observation deck, and at 351 m (1,150 ft) is a revolving restaurant named “360”. The Sky Pod is presently the highest observation deck in the world. observations is over 100-120 km (60-75mi) away, On a clear day observations can be seen over 160 kilometers (100 miles) to the city of Rochester across Lake Ontario to New York State in the US, and see the mist rising from Niagara Falls. The 360 Restaurant makes a complete rotation every 72 minutes taking the café aloft and giving diners a changing view of Toronto more than 1,000 feet below. The CN Tower was designed to withstand an earthquake of 8.5 on the Richter scale (the Kobe earthquake in 1995 was 7.2 on the Richter scale), was designed too to flex in high winds. The main pod can move up to 23 centimetres in each direction from vertical. Because of the Earth’s rotation, the tower leans about 2.5 centimetres at the top. Today the CN Tower is still Toronto and Canada’s most recognizable and celebrated icon and is the centre of tourism in Toronto, and is the center of entertainment. Indeed, the tower makes it possible for everyone to experience a one of a kind sky adventure. 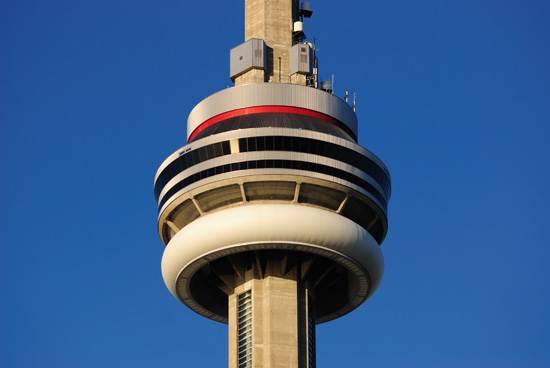 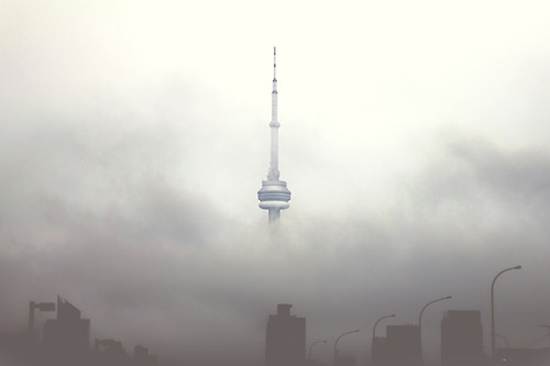 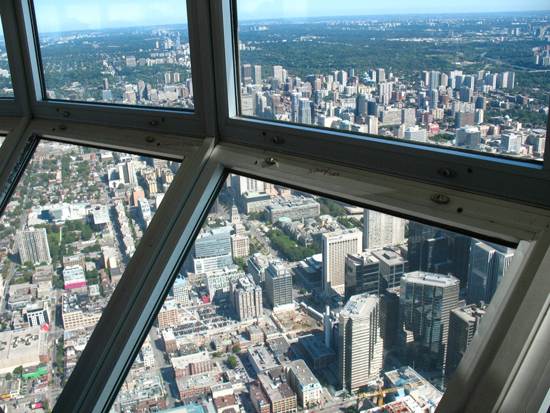 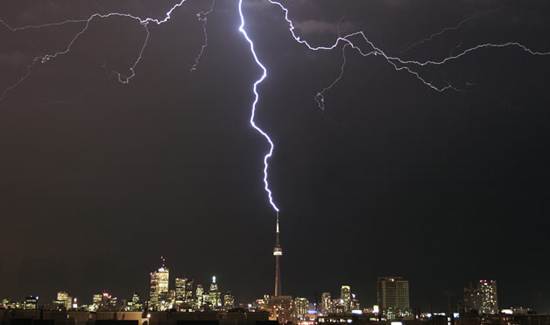 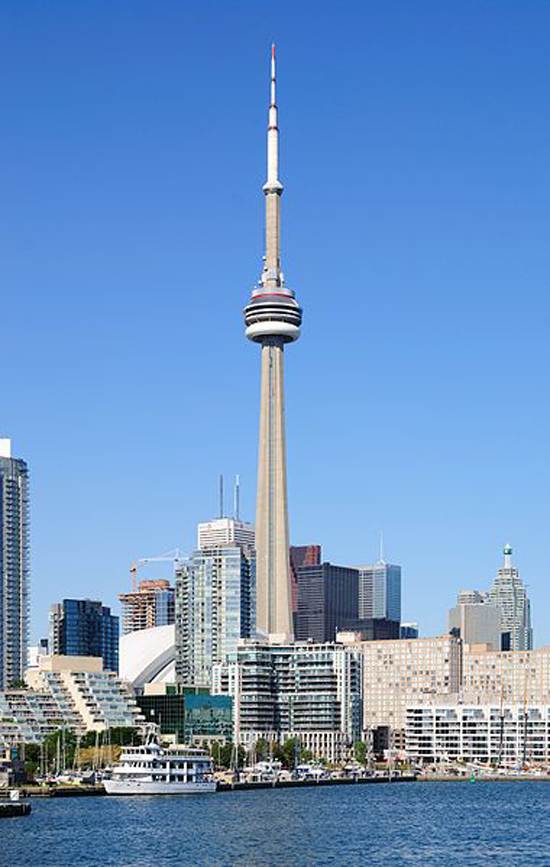 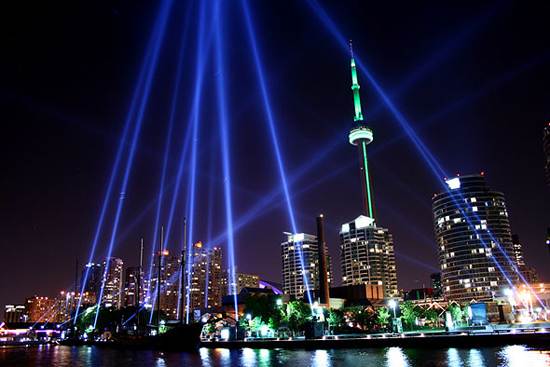 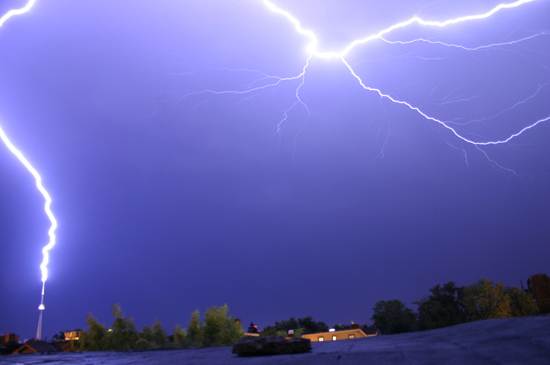 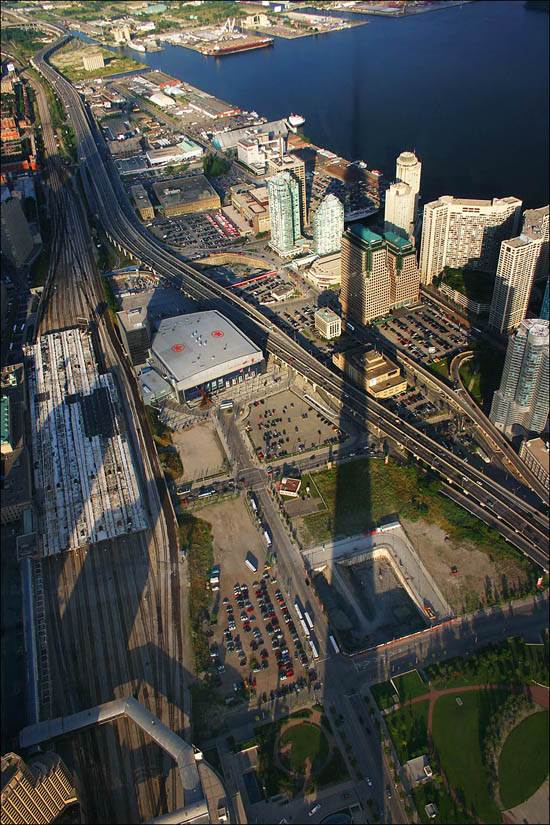 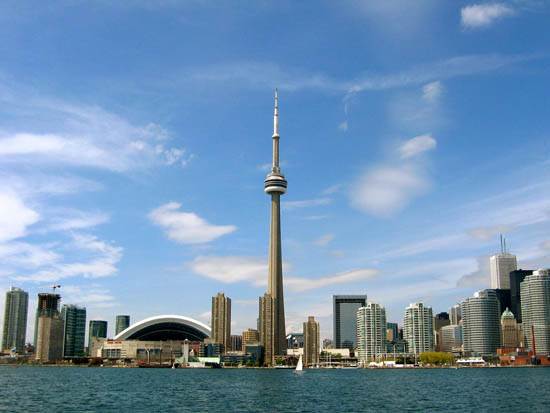 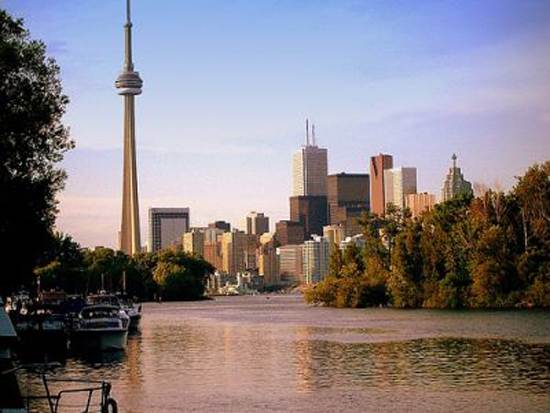 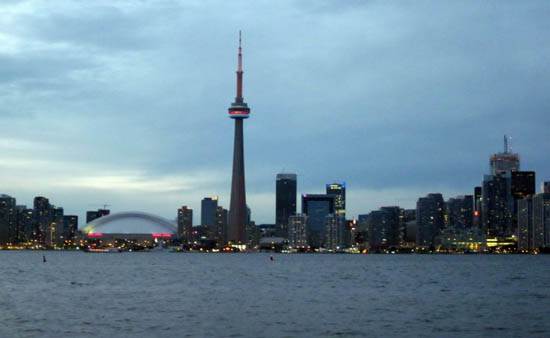 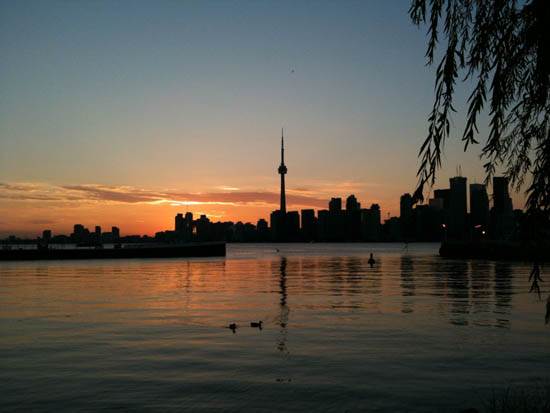