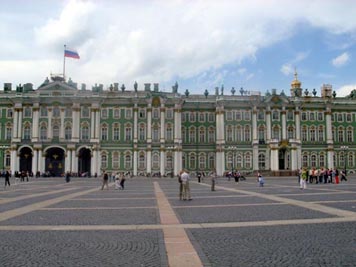 The State Hermitage is a museum of art and culture, spread over several buildings lining the Neva River in St. Petersburg, Russia . Hermitage museum attracts the attentions of the world as there is no museum in the world that rivals the Hermitage in size and quality except of the Louvre, and considered to be the best gallery of world art.
Was founded in 1764 by Catherine the Great who used it as a private place of retreat and solitude, or an Hermitage. She purchased a collection of 255 paintings from the German city of Berlin and Hermitage was opened to the public since 1852.
The collection of the State Hermitage includes more than three million works of art and artifacts of the world culture and from throughout history (from Ancient Egypt to the early 20th century Europe). 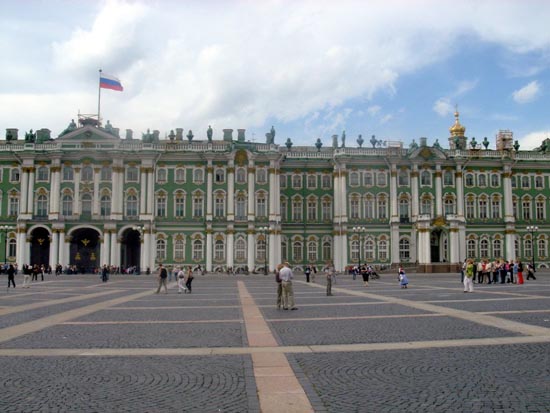 The museum is especially strong in Italian Renaissance and French Impressionist paintings by Renoir, Cezanne, Manet, Monet and Pissarro, numerous canvasses by Van Gogh, Matisse, Gaugin and several sculptures by Rodin , as well as possessing outstanding collections of works. Other exhibits include art from Central Asia, Siberia, Greece and Rome.
The collection includes the largest collection of paintings in the world, graphic works, sculptures and works of applied art, archaeological finds and numismatic material. The collection is both enormous and diverse and is an essential stop for all those interested in art and history. The museum itself is part of the attraction, owing to its architecture and decoration. 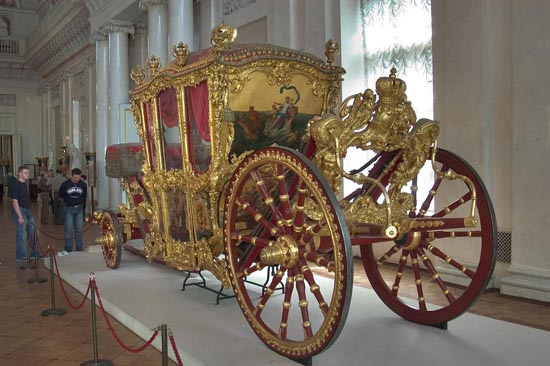 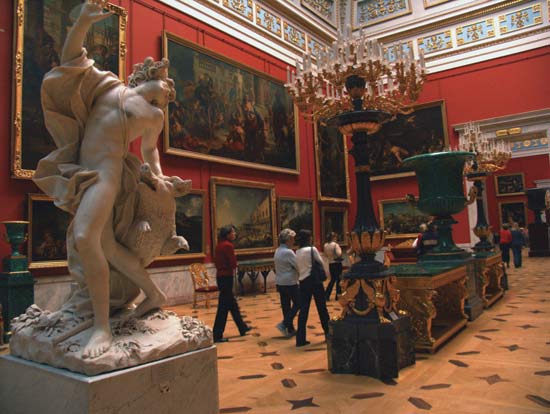 The Hermitage’s origin goes back to 1754, when the Winter Palace was built in 1754-62 for Empress Elisabeth, daughter of Peter the Great who purchased numerous works during his travels abroad. These collections ended up in his residence.
By the time it was completed Elisabeth had already died, and only Catherine the Great and her successors could enjoy their new home. The art collection was expanded by Catherine the Great as she enlarged the compilation by buying art pieces from European aristocrats. The collection expanded considerably by her successors who followed this practice.
By the time Nicholas II came to power, and was ascended the throne in 1894, he was heir to the greatest collection of art in Europe,as the Hermitage was on its way to becoming the largest museum in the world.
After the Revolution of 1917, the museum was opened to the public, and modern art pieces were added, increasing the total even more taken from private collections. 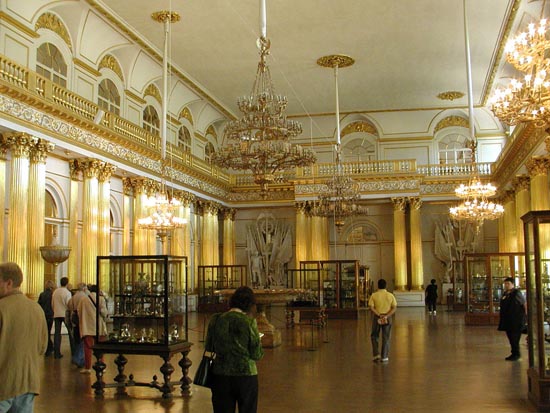 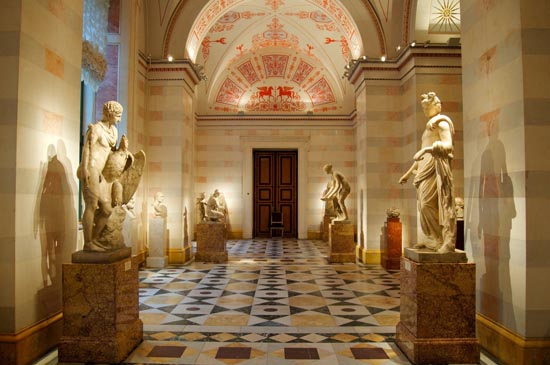 Most of the collections of Hermitage museum are exhibited in major six historic buildings along Palace Embankment, including the Winter Palace, a former state residence of Russian emperors ( located on the bank of the Neva River, a green-and-white three-storey palace is a marvel of Baroque architecture and boasts 1,786 doors, 1,945 windows and 1,057 elegantly and lavishly decorated halls and rooms ) , Apart from them, the Menshikov Palace, Museum of the Imperial Porcelain Factory , Storage Centre at Staraya Derevnya and the eastern wing of the General Staff Building are also part of the museum. 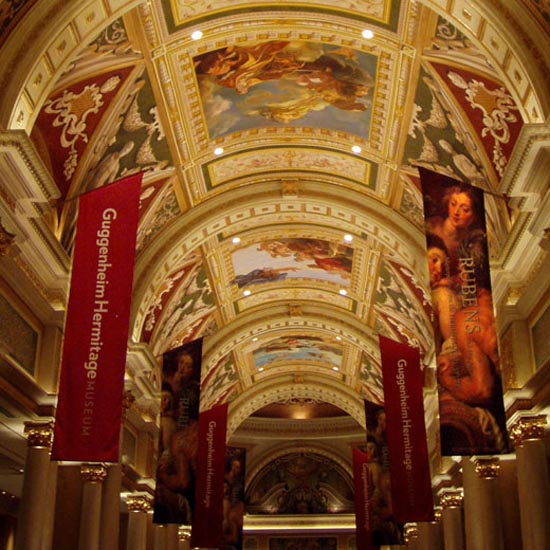 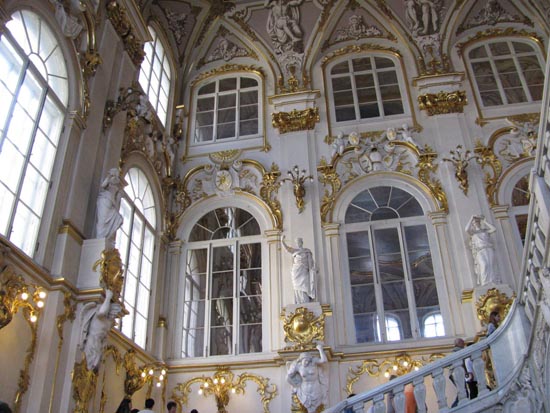 The museum has several exhibition centers abroad located in different parts of the world such as- Las Vegas, London, Amsterdam and the city of Ferra in Italy. The Hermitage is a federal state property. Since 1990, the director of the museum has been Mikhail Piotrovsky. 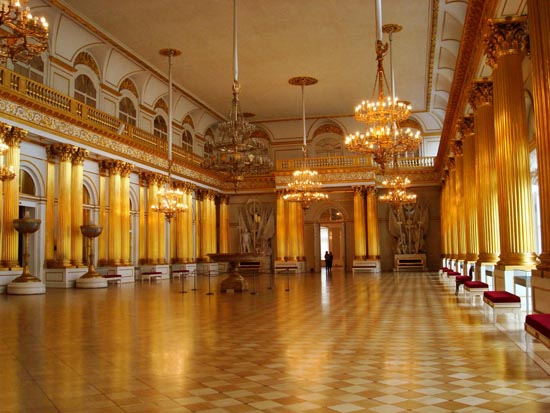 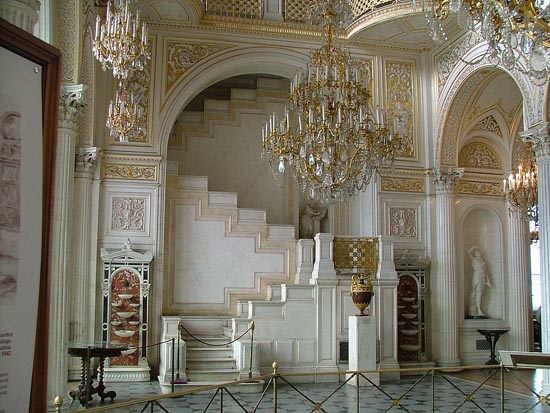 Out of six buildings of the main museum complex, four, namely the Winter Palace, Small Hermitage, Old (Great) Hermitage and New Hermitage, are partially open to the public. The other two are Hermitage Theatre (the private theater of the Tsars, is a beautifully decorated amphitheater and still hosts regular lectures, concerts, opera and ballet performances). and the Auxiliary House. 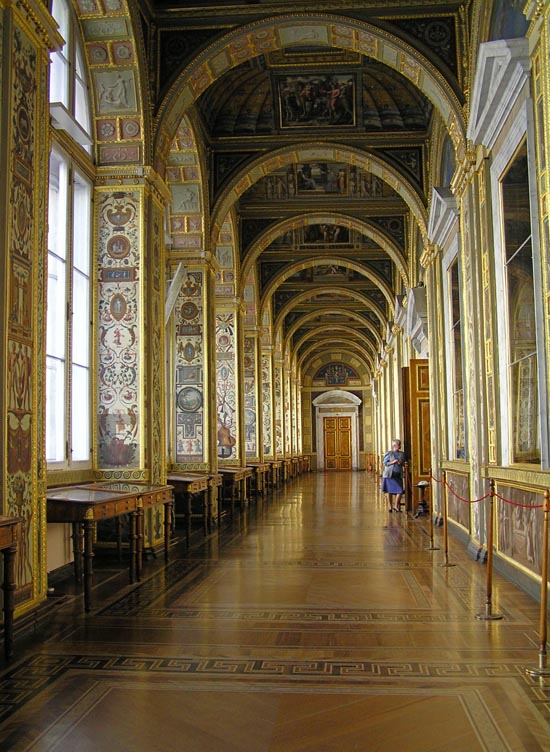 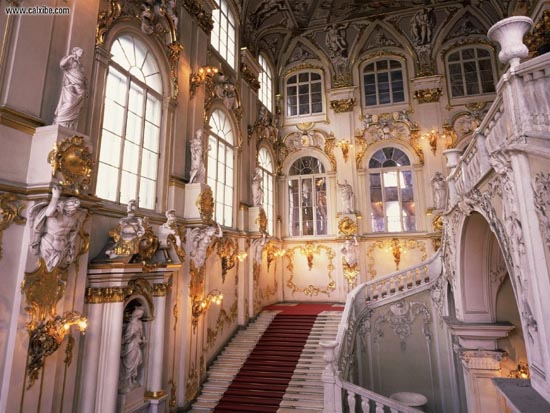 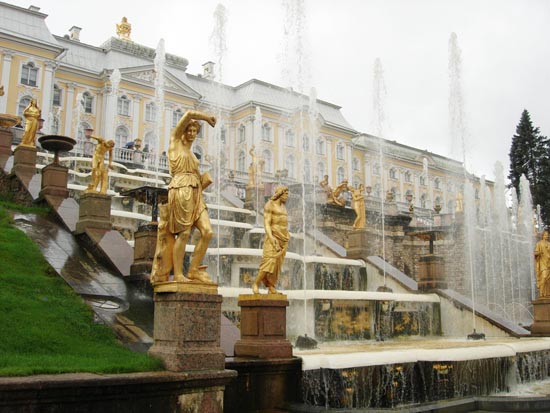 the Hermitage has embarked on a major renovation effort. Its collection is in the process of being reorganized, being the largest art gallery in Russia and one of the largest and most respected art museums in the world, and many of its works have for the first time become available for travelling exhibits outside of the country. 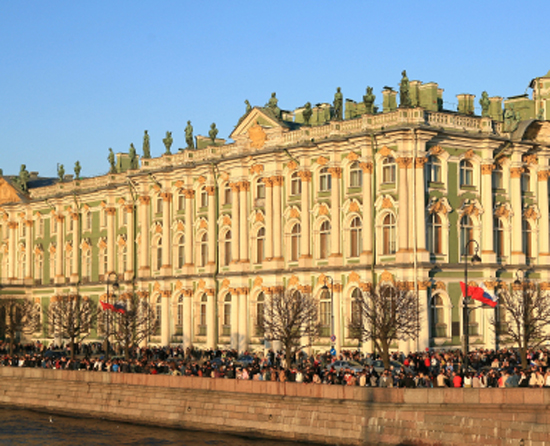 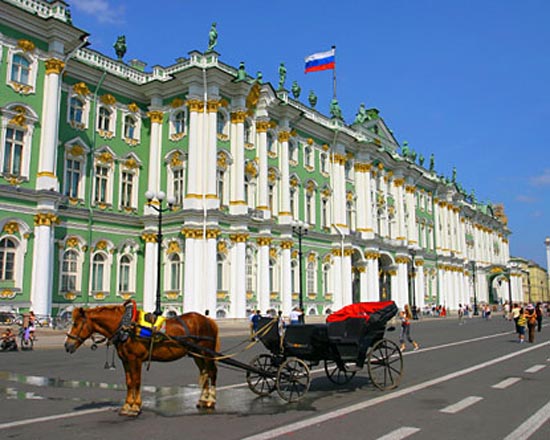 The Hermitage Museum is Russia is one of the most prominent art museums in the world and definitely the main tourist attraction of St. Petersburg; the museum gives an exciting and romantic fun to the art lovers.
Enjoying exclusive arts and gallery in Hermitages helps to make the journey beautiful and memorable. 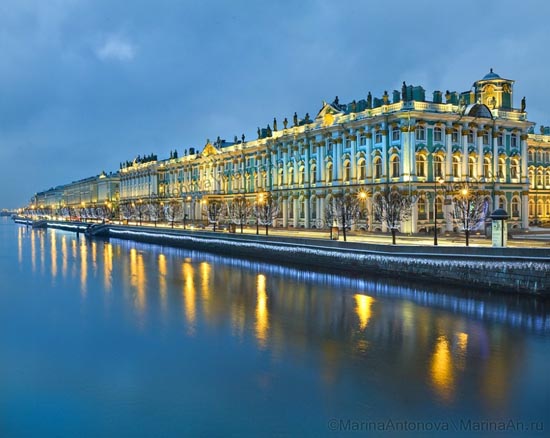 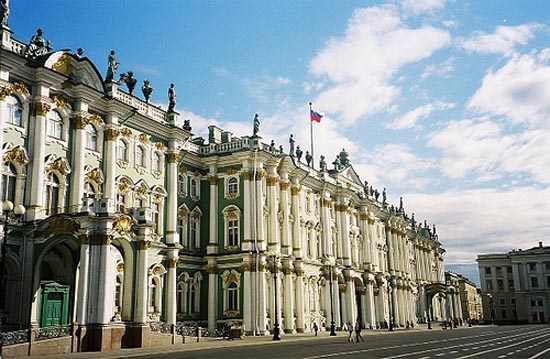 Location:in the heart of St. Petersburg